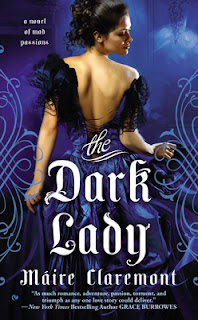 Lord Ian Blake made a promise to Lady Eva Carin, his childhood friend, years ago and he failed her. He promised that he would keep —her husband and Ian’s best friend—safe while they served in together. Because Eva has not responded to any of his letters, he knows she must hate him. As an honorable man, Ian feels it is his duty to return to to face Eva and apologize. He also hopes that in doing so, she might find it in her heart to forgive him even if he can’t forgive himself. When he arrives at Carridan Hall, he is stunned to learn that Eva went mad and is residing in an asylum. That doesn’t sound like the woman who Ian has always loved, so he makes it his duty to uncover the truth and set her free.


Lady Eva Carin has been confined and drugged for so long that she doesn’t recognize Ian when he first approaches her. When she does realize who he is, she believes him to be a dream. After all, no one ever visits the “patients” at Palmer’s. Ian convinces her he is no dream and that he is there to take her away. He tells her that she should never have been brought there in the first place, but Eva knows differently. She believes she is there to pay for her sins. Ian hands over the amount required by Mrs. Palmer to get Eva out, but their departure isn’t complete without a great deal of drama and deceit. Now Ian must do everything within his power to prove that Eva is sane before their new-found enemies catch up to them.


The Dark Lady is a gripping historical romance debut by Máire Claremont. In it, she brings together two tortured souls who are each haunted by their own past actions and, naturally, blame themselves. Not only is Ian dealing with what happened to , but he also feels that if he had put his pride aside and come home sooner, Eva wouldn’t have had to suffer for as long as she did while at the asylum. Of course, Eva doesn’t hold that against him. She is grateful that Ian rescued her, but notices a significant change in the man who has always held her heart.


This was not the wild and carefree youth she remembered. The boy she’d wish she could marry though duty forbade it. But it was still Ian. She could see it lingering in his eyes. He really did believe he hadn’t done enough.


This was the new Ian. A man never content. A man driven to the edge—not unlike herself. Except he had kept his demons imprisoned.


I was immediately intrigued when I read the blurb for this book. The hero rescues the heroine from an asylum? I am there! It’s not your typical plot, for sure. Ms. Claremont’s descriptions of the abysmal asylum were so vivid and true...and yes, a bit creepy. She certainly didn’t hold back with the imagery, and I’m glad she didn’t because it felt very real. It was like I was there in the dank, dark halls and cells right along with Eva and Ian.


The Dark Lady is filled with action, drama, heartbreak, elation, and of course, romance. It grabbed me right from page one. I would recommend that you not start it unless you have time to read for a little while as my heart raced while reading the first five chapters and I did not want to put it down! Their escape from Palmer’s was thrilling and intense. Over the course of the book, Ms. Claremont does a wonderful job of slowly revealing the past leading up to ’s death in . She gives readers enough to make you keep turning those pages!


I see a very bright future for Máire Claremont, the 2011 Golden Heart Award winner. Her next Mad Passions book, The Lady in Red, comes out in October and I can’t wait to find out what happened to Eva’s roommate at Palmer’s Asylum. Until then, I highly recommend The Dark Lady!


***Don't forget to stop by Monday when Máire will be our special guest!
Posted by Andrea at 12:30 AM