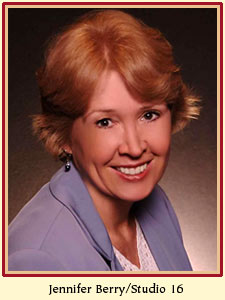 I am so pleased to introduce New York Times, USA Today and Publishers Weekly bestselling author Jillian Hunter.  As the author of more than twenty published novels, Jillian is well known among romance fiction enthusiasts.  What you may not know about Jillian is that she has a personal family history that reads like a bestselling novel as well. Check out the Bio on her website for the whole story.  You can also connect with Jillian at her Facebook page.

Jillian was kind enough to answer some questions for us recently about  herself and her books, including her upcoming March 5th release, The Mistress Memoirs: A Boscastle Affairs Novel.

Welcome, Jillian!  Thanks for hanging out with us today.
Thank you for having me! I appreciate your time and I am happy to visit!

Congratulations on the upcoming release of The Mistress Memoirs, the thirteenth book in your popular Boscastle series. Please tell our readers a bit about the Boscastles and what we can expect from this book.

The Boscastle series started out as a trilogy about a family of Regency lords and ladies who are forced to rally forces upon the death of the tyrannical father who kept their mayhem under a semblance of control. The trouble is that their new patriarch, the heir and eldest son, Grayson, the fifth Marquess of Sedgecroft, isn’t convinced that he’s the man to inflict moral responsibilities on his siblings when he has no intention of settling down himself. But once Grayson meets a young lady who outsmarts him at his own game, he realizes he has found a woman devious and delightful enough to share his duty. The original tagline for the series was Scandal … Seduction … Secrets … Savoir faire! It’s all business as usual in the family were love conquers all -- one at a time. The Mistress Memoirs is a continuation of the series about one of the Boscastle cousins who grew up close to the original family. 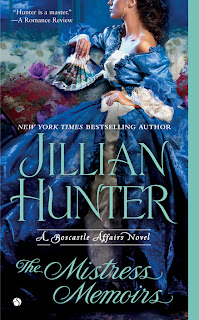 Does The Mistress Memoirs stand alone or would it be better to read other Boscastle books first?

I think this book stands alone because Colin has been pretty much a solitary player most of his life. In the scenes when he is reintroduced to his brothers, I try to keep the character count to a minimum. However, I did include a few cameos to please readers who write to ask me what is happening with a character they haven’t heard from in a while. It might be more fun to read the other books first, but it isn’t necessary.

I agree.  Reading the book as a stand-alone worked fine for me.  It has, however, made me want to pick up the other books and read those stories too!

I was fascinated by the dynamic among the three main characters: Kate, Colin and Georgette. What do you want readers to understand about these three?

I grew up, as you noted, in a family of resilient men and women. Although Kate has been victimized, I wanted to show that her bad experience does not define her, and that desperation can make us become diamonds. I hope the reader understands that Georgette had an element of choice in her life and that she and Kate became deep friends because they refuse to judge each other. Colin really has to grow as a character to accept their strengths and their weaknesses and to realize that life has changed since he’s been gone.

Without giving away spoilers, what is the one scene you would never cut from this book?

I wouldn't cut the scene where Colin eavesdrops in the hedge and has to face the undeserved wrath of the household for hurting Kate.

We all have our favorite comfort reads around here. What book (or author) do you turn to when you feel the need for some fictional comfort?

Maeve Binchy is a comfort read for me.

What one thing would readers be surprised to learn about you?

I'm rather like a spider who likes to spin webs. I’d be very happy living in the corner of a library.

You have an amazing family history. Have you ever considered writing a book about your grandmother or using her and your parents as inspiration for a WWII romance?

It's funny.  I talk about certain things to my oldest friends and relatives and we rarely tell anyone about the past because we figure no one would believe us. My mother, uncle, and grandmother served in ,  during what was called the Three Night Blitz when the Nazi Luftwaffe bombed the Welsh port. After the war my grandmother divorced one of the five husbands she would outlive and moved with my mother and uncle to . It’s a running joke in our family that my beautiful mother refused to date Sean Connery only to end up marrying a real international man of mystery. But that’s another story. I am incredibly blessed to have been born into a family that taught me so much about life. I wouldn’t fictionalize their lives.

Will you be attending any conferences this year where readers will have the opportunity to meet you?

Not this year.  I’m going to write and spend time with my family at the beach. I’ll miss everyone, though!

While we'll miss you, I have to say that beach time with the family sounds lovely!

I'm writing Damien Boscastle’s story next, and one day I hope to clean my office.

Good luck with the office.  I've finally come to terms with the fact that mine will never be completely clean.

Do you read mainly print or e-books? What are you looking for in an ideal read?

Thanks again for graciously answering all of my questions, Jillian.  We wish you all the best with The Mistress Memoirs.

Disgraced by her past employer, young governess Kate Walcott owes her loyalty to the only woman willing to hire her—the sought-after courtesan Mrs. Georgette Lawson. Georgette entrusts Kate with the care of her unruly children—and the writing of her shocking memoirs, which detail her affairs with famous gentlemen, including the rakehell who promised to marry her, then ruined her.

Sir Colin Boscastle intended to keep his promise to Georgette—until his father was murdered. Thirteen years of chasing vengeance pass before he returns to find Georgette sleeping in his enemy’s bed. Revenge has destroyed their romance, but the two former lovers agree to set a trap to restore Colin’s honor.

Caught in this deadly game, Kate struggles to resist Colin’s virile charm. She knows he is a born heartbreaker and unreliable rogue. Should she believe him when he whispers that, for her, he will change his sinful ways?