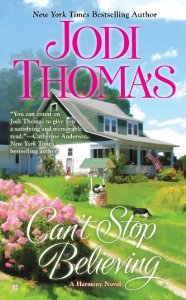 Cord McDowell spent six years in prison because the facts of the case were never revealed. Since his release, he has spent his time working as a mechanic for Tannon Parker’s trucking company, the only place in Harmony, Texas, willing to give an ex-con a chance, and on his farm, spending every minute he can spare and every dime he can save trying to save his land. Just when a bank loan falls due with Cord $5000 short, Nevada Britain, the only member of the wealthy Britain family left in Harmony, shows up with a proposition for Cord. If he will marry her and remain married to her for eight months, she will deed him three hundred acres of her ranch that border his farm, land their families have disputed for a century, and half profits from a year of running the farm and ranch together, a sum that should run from $250,000 to more than $500,000. As fascinating as Cord has always found Nevada, he’s not looking to become the next husband of Harmony’s spoiled oil princess, but this is a chance to save his land and give him a future. He can’t turn her down. He’s not prepared to find himself falling in love for the first time in his life.

Nevada, still in her twenties, already has three ex-husbands. She’s not interested in adding a fourth; her horses are the only creatures she allows herself to love. But marrying Cord may give her some protection from ex #3, who is proving harder to get rid of than Nevada expected, and helping Cord hold on to, even expand his land, will be expiation for an old wrong that still troubles her. How could she have foreseen that Cord’s presence in her bed and in her life would be larger and more irresistible than she could have imagined. The princess from old oil money who had everything except love is about to discover how different her life can be when shared with a man who has nothing to give her but his honor and his heart.

Cord and Nevada discover that together they can defeat any threat that comes against them from sociopathic former spouses to Harmony citizens who can’t let go of the past.  While Cord and Nevada’s story is primary, Thomas weaves in threads from the lives of other inhabitants of the small Texas town. Tyler Wright and his Kate are awaiting the birth of their child. First-time parents in their mid-40s, they are filled with joy and terror. Ronny Logan, whose life was transformed by Marty Winslow, the paraplegic who taught her to love and then left, is called upon to do the hardest thing that has ever been asked of her. In doing it, she will experience heartbreak and triumph. Much married B & B owner Martha Q. Patterson is continuing with her creative writing, but she’s adding private investigating to her repertoire and discovering a new gentleman friend who may just steal her heart.

Harmony, Texas, may be the most unusual series in the ever-growing subgenre of small-town romance. Her heroes and heroines are not only the buff and beautiful but also ordinary people with warts and quirks and baggage and hearts that long for love. Cord is one of my favorites in a list of Harmony citizens who have captured my heart. He is a hero with real wounds who refuses to be defeated by life’s unfairness or to be defined by his neighbors’ judgment. Imprisoned unjustly at eighteen, he is released after the deaths of both parents to find their resources depleted and the land that has been in his family for a hundred years in jeopardy. His response is hard work and thrift, not qualities typically associated with a hero. But when circumstances demand it, Cord proves himself also possessed of the courage, protectiveness, and tenacity of “the true, the perfect gentle-knight.”

Even though Can’t Stop Believing is the sixth book in the Harmony series, a new reader can begin the series here without feeling lost. But don’t be surprised if you are so hooked on these characters that you want to glom the first five novels. I’m already anticipating return visits to Harmony. There are characters whose story threads I want to see play out, and I’m sure Jodi Thomas has some new characters to introduce to her readers.

~Janga
http://justjanga.blogspot.com
Posted by pjpuppymom at 8:00 AM