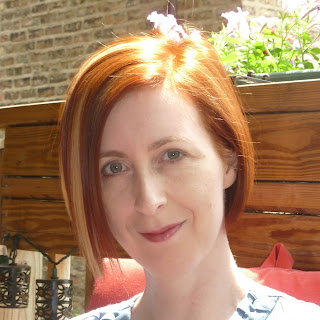 As you know, we love introducing our readers to debut authors here at The Romance Dish.  Today, it's my pleasure to welcome Kate Meader.  Kate writes contemporary romance that serves up delicious food, to-die-for heroes, and heroines with a dash of sass. Originally from Ireland, she cut her romance reader teeth on Catherine Cookson and Jilly Cooper novels, with some Mills & Boons thrown in for variety. Give her tales about brooding mill owners, oversexed equestrians, and men who can rock an apron, and she’s there. She has a bachelor’s in law (useless), a master’s in history (not as useless), and another master’s in library and information science (yay, using). When not writing about men who cook and the women who drool over them, she works in an academic library. Her stories are set in her adopted home town of Chicago, a city made for food, romance, and laughter – and where she met her own sexy hero. For news, excerpts, and recipes, check out her website at http://www.katemeader.com.

The Caregiving Alpha Hero: Who Better than a Chef?
Feel the Heat by Kate Meader

Thanks to the Dishes for letting me talk about Feel the Heat, the first in my Chicago-set Hot in the Kitchen series about an Italian restaurant owning family and the sexy, sizzling chefs who love them. As readers, we often say we want our heroines to be relatable, but a book lives and dies by its hero. If the hero isn’t making the grade, then Houston, we have a problem! The current trend toward brooding, tortured alpha billionaires is probably going to last a while but there’s room for other types of take-charge hero. How about the protective, caregiving alpha? And who better to encapsulate that than a man who cooks for a living? 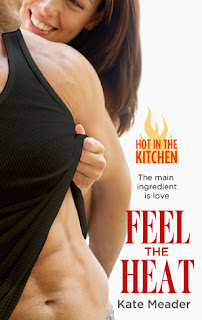 In Jack Kilroy, my celebrity chef hero of Feel the Heat, we have a man who’s alpha without being broody, who’s protective without being overbearing, who sees what he wants and isn’t afraid to go for it. And he wants Lili DeLuca, a woman who typically plays the role of caregiver and family rock—and isn’t used to someone wanting to look out for her.  He wants to cook for her, take care of her, and defend her from the haters who don’t approve of a regular girl like Lili getting close to celebrity royalty like Jack. He’s willing to put his reputation and career on the line to keep her safe from his rabid fans. Jack sure has his work cut out for him—and that’s when the fun begins.


A question for Romance Dish readers: do you like a protective alpha hero? Who are some of your favorites?

FEEL THE HEAT by Kate Meader
Hot in the Kitchen, Book 1

Photographer Lili DeLuca spends all her time managing her family's Italian restaurant, instead of following her dream of getting an MFA. When famous British chef Jack Kilroy unexpectedly challenges her father to a cook-off, Lili decides she's tired of playing it safe and vows to seduce the tempting Brit. But once a video of her and Jack kissing goes viral and her luscious butt starts trending on Twitter, Lili fears she's cooked up a recipe for disaster.

Jack Kilroy's celebrity has left him feeling used and used up. While Lili's oh-so-sexy moans when she tastes his delicious creations turn him on, he's even more aroused by how unimpressed this beautiful, funny woman is with his fame. He knows they could be amazing together, if she could only see past his bitch fork-wielding fan base. Now, as he's about to start a new prime time TV cooking show, can Jack convince Lili to realize her own ambitions - and turn up the heat in his kitchen?

I will be doing a Rafflecopter giveaway during the Feel the Heat release tour. One grand prize winner will get a Feel the Heat Swag Bag containing a Supper Hero-Wonder Woman apron, a Feel the Heat tote bag, a Vespa-shaped pizza cutter, a “Grate Love” cheese grater, heart-shaped measuring spoons, a Feel the Heat fridge magnet, heart-shaped pasta, delicious cookies, and a recipe card for goat cheese caramel gelato. I’ll also be giving away smaller swag bags of assorted kitchen utensils and more!