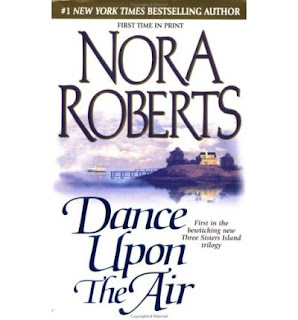 Don't you just love book recommendations? I do! I still think I pick up my best reading via word of mouth. I've come across some of my favorite current books via recommendations on this site - so please don't be shy about suggesting things! Just off the top of my head, I can think of writers like Julia Spencer-Fleming and Molly O'Keefe who are now autobuys for me, thanks to the wise comments of the Romance Dish fans.

For a long time, my friend, Rachel Bailey, who writes for Desire, has raved about the Nora Roberts Three Sisters Island Trilogy. Mind you, I've equally raved about the Chesapeake Quartet and I think she's yet to pay me any attention, so until now we've both missed out on some great books! 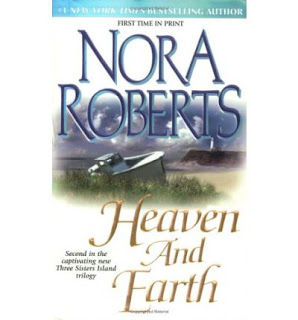 I imagine most of you have read these books so I'm speaking to the converted, but wow, they're great. I hadn't read Nora in a little while and I'd forgotten just how masterly she is at romantic tension and characterization and setting. You really feel like you're on this beautiful windswept island off the Massachusetts coast, smelling the sea and squeaking your way over the sand (hopefully to the cave - good things happen in the cave, LOL!). There's such beautiful texture in this writing. Not to mention the story features a great bookshop which I want in my hometown!

I read all of these within the space of 36 hours. Recommendation enough!

During the 17th century Salem Witch Hunts, three sisters, all witches and all representing an element, air, earth and fire, unite to create an island sanctuary off the coast. That's Three Sisters Island.

As you read the books, you discover that all three sisters come to a sad end, ends reflected in their modern-day descendants who are the heroines of this series. The last surviving 17th century sister creates a spell that will keep the island safe from the forces of darkness for 300 years. At the start of the Three Sisters Island trilogy, that 300 years is coming to an end and each heroine must face and defeat her fears if she is to save the island from sinking into the sea. So high stakes right from the get-go! 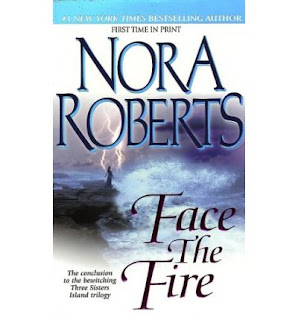 Book 1 in the series, DANCE UPON THE AIR, features battered wife on the run Nell Channing/Helen Remington. Nell, who represents the air element, has no idea that she's a witch so it's fun watching her come to terms with the woo-woo stuff that invades her life once she arrives on Three Sisters Island. Once there, she starts to heal. She finds a home and a place where she can exercise her talents as a cook (the meals in this will make you hungry, be warned!) and she also encounters gentle but strong local sheriff, Zack Todd. But can Nell accept love after all she's been through? And what happens when her violent husband discovers that she faked her death and she's still very much alive on the other side of America?

This is a great introduction to the series. We meet most of the major characters - even if only by description. We fall in love with the gorgeous island setting. Watching Nell and Zack come together is touching and emotional and you'll cheer as Nell discovers her new powers (both personal and witchy!) and searches for the courage to stand up to the man who nearly destroyed her.

Book 2, HEAVEN AND EARTH, is actually my favorite of the three, partly because I can't resist a really good geek hero. Although MacAllister Booke is more like Indiana Jones than Brains from THUNDERBIRDS. Mac is a paranormal researcher who comes to the island and falls in love with prickly Ripley, Zack's sister and deputy sheriff. Ripley represents earth - not that she wants to, she's got good reason to fear the strength of her powers and so she's deep in denial when the book starts. Her denial doesn't just include repressing her abilities as a witch, but also her once-close friendship with the heroine of the third book, Mia Devlin, who represents fire. One of the really lovely things about this book is seeing calm, centered Mac cope with Ripley's volatility. I laughed out loud at a few of these scenes. They really are beautifully done.

Book 3, FACE THE FIRE, brings the final confrontation with the evil that has stalked the witches since at least the 17th century. The heroine Mia knows that, as the direct descendant of the witch who conjured the protective spell in the first place, she's the island's last defense. But she needs to learn some lessons before she can defeat the darkness. One of these is that she's not a lone agent and she needs to work with the people who love her to have a hope of winning. Another is that she needs to come to terms with Sam Logan, the man she loved and lost in her late teens.

This is basically a reunion story and I always enjoy a good one of those. Sam left Three Sisters as a young man and now he's back to reclaim Mia, the woman he's always loved. Needless to say, after ten years, this doesn't go smoothly! And the bad stuff encroaching on the island doesn't help. But Sam is an intrinsic part of the island and an intrinsic part of the cosmic plan to defeat the forces ranged against the witches. He's the water part of the equation so when he's reunited with Mia, all the elements join to save Three Sisters Island. But will they be strong enough?

So have you read these books? Do you have a favorite? Are you a fan of the geeky hero? What's your favorite Nora Roberts book? I have to say, much as I loved these, I still think the Chesapeake Quartet just edged the Three Sisters Island books out as my absolute top.
Posted by Anna Campbell at 12:00 AM