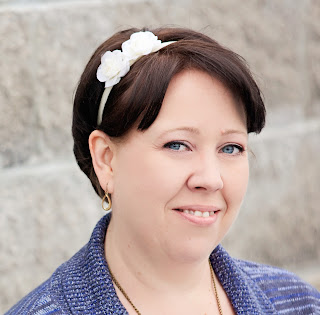 I can't put into words how excited I am to welcome debut author, Terri Osburn to The Romance Dish today.  I met Terri online more than seven years ago and have since had the opportunity to meet her in person at various conferences.  She's a gifted writer and those of us who have watched her travel this journey have known that it was only a matter of time before she published her first book.  I am so happy to say that day is finally here.  Meant to Be is a wonderful story; funny, heartwarming and worthy of your time.  I hope you'll give it a try.  (read my review here)

Born in the Ohio Valley, Terri relocated below the Mason Dixon line in the early 1990s after experiencing three blizzards in eighteen months. Seeking warmer climes, she landed in Nashville, did a stint in Arkansas, and eventually moved to the East Coast, where she settled near the ocean. Reading has always been a passion in her life, with Romance her chosen genre, but it wasn’t until 2007 she endeavored to write her own. Five years and many pages later, in 2012, she was named a finalist in the Romance Writers of America® Golden Heart® contest. An agent and contract soon followed. Terri resides in Virginia with a teenager, a Yorkipoo, and two fat and happy tabbies. To learn more about this author and her work, visit her website at www.terriosburn.com.

A Tour of Anchor Island

My name is Terri Osburn and I'll be your tour guide for today. Please make sure your seat belt is fastened and keep all hands, toes, and noses in the blog at all time. Today we're taking in the sights of Anchor Island, North Carolina. A remote island at the base of the Outer Banks, Anchor is known for its pirate lore, impressive lighthouse, and diminutive size. 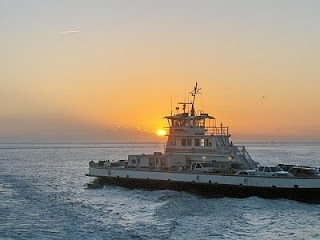 As I mentioned, the island is remote, so we'll take the ferry across, then Highway 12 down to the village. On your left is the ocean, with the sound on your right. This stretch of roadway is more like a landing strip, but it makes for beautiful scenery in every direction. Oh, how could I forget the wild horses? Not as wild as they used to be, penned in for their own safety, but still beautiful beasts.

Now we drift into the village, passing Blackbeard's Museum on your right. The feared pirate spent the last months of his life in this area. Did you know Mr. Teach (Blackbeard's given name) was a pirate for only two years? Fascinating when you think of the legend he created. 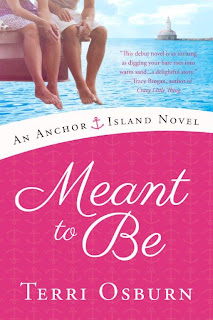 And now we're in Anchor Village proper. First up is Dempsey's Bar & Grill.  I know some of you are on this tour thanks to a little book called MEANT TO BE by, well, moi. In that case, you know that by venturing inside you might find a cranky charter boat captain and a spunky lawyer-type sending off sparks in the dining room. Yes, Joe Dempsey and Beth Chandler are quite a pair. And we mustn't forget Joe's dog, Dozer. Such a scene stealer, that one.

But we must keep the blog going, so no stops just yet. As we cruise along Back Road, there's the Hava Java ahead. Lovely little spot to get your caffeine fix. One could say the best espresso in town, but in a village this small, one mile across and two miles long, it's the only espresso in town. 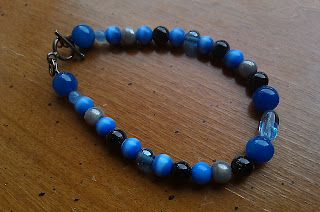 Now we see the quaint little arts and crafts store run by Lola LeBlanc where Beth spends much of her time, and learns to once again enjoy making jewelry. This is the beautiful bracelet she made using blue beads that reminded her of Joe's eyes. Don't worry about the swooners among you. We get that all the time. There's just something about a man with intense blue eyes. Have I mentioned the dimple? Oh, there goes another one. I'd better not mention the abs.

A quick left brings us around the harbor. We can't possibly take the blog out to Joe's boat, but know it's docked right out there on your right. Ah, and now we've reached the pinnacle of the tour. Anchor Lighthouse. Built in the 1820s, it's guided many a sailor through these unpredictable seas. And maybe it helped Beth find her way as well.

There's more to see, of course, but this is the condensed tour today. But to give you an idea of how the sightseeing went when Joe took Beth on a similar tour, here's a little snippet from the book. 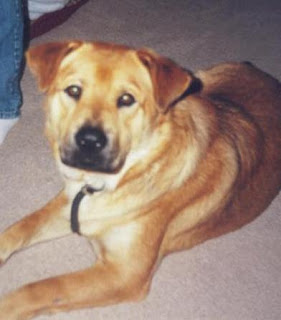 As soon as he killed the engine, Beth’s feet were on the ground. At the back of the vehicle she turned to Joe, still sit­ting behind the wheel.

Joe took a seat on the back gate of the Jeep and barely noticed Dozer panting in his ear. Beth’s white skirt, what there was of it, swung from side to side, then tightened across her ass as she climbed onto the plat­form. So much for thinking distance would put his body back in check.

“She’s hiding something all right. But she’s not hiding it in that skirt.”

As I said, that Dozer is a total scene stealer. Now it's your turn to wander around on your own. Feel free to ask questions if you like, or just make small talk, as one lucky commenter will win a copy of MEANT TO BE (digital or print, winner's choice, US and Canada only.)

PS: If you're interested in visiting the real thing, Anchor Island is inspired by (read: copied directly from) Ocracoke Island, North Carolina. Looking to get away from the world this summer? I highly recommend checking it out.

Beth Chandler has spent her whole life pleasing others. She went to law school to make her grandparents happy. She agreed to marry her workaholic boyfriend, Lucas, to make him happy. And, despite her fear of boats, she took a ferry to see Lucas’s parents just to make them happy.

While suffering through a panic attack on the ferry, Beth meets a tall, sexy stranger who talks her down from her fear—and makes her heart flutter in the process. Soon, she has a new reason to panic: her gorgeous, blue-eyed rescuer is Lucas’s brother, Joe.

But could she ever leave her fiancé for his own brother…even if Lucas is more focused on making partner than on making their relationship work…and even if Joe turns out to be everything she never knew she wanted?