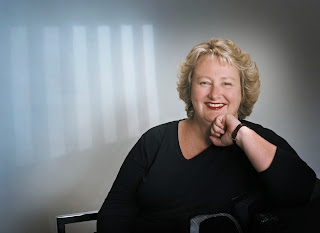 Good Morning, readers!  PJ here.  It's my pleasure to welcome one of my favorite people today.  A visit from Anna Campbell is always a special treat and this month we're blessed with her presence not once, but twice!  Today, Anna joins us to talk about two of my favorite topics:  heroes (we do love them, don't we?) and a new Anna Campbell story (always cause for celebration in my house!)  Anna's new historical novella, "Days of Rakes and Roses"  will be released tomorrow.

You can find more information about Anna and her books at her website and read an excerpt from "Days of Rakes and Roses" here.   Anna can also be found regularly blogging at Romance Bandits and, of course, is here at the Romance Dish the 24th of every month with her Second Helping reviews.

(I use that title with apologies to Lisa Kleypas - but I read her BLUE-EYED DEVIL this week and wow, what a great book!)

Hi Dishes! Thank you for having me as your guest today. It's great to be here with my non-reviewer hat on. As many of you know, I'm a regular on this blog on the 24th of every month with a column called Second Helping, all about books I've enjoyed, often older publications, that you may have missed. Last month, I did Jennifer Crusie's wonderful MAYBE THIS TIME. 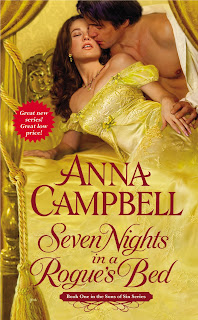 But today I want to talk about a subject dear to my heart - heroes!

When I started out writing historical romance, I was tall, dark and handsome all the way. I liked them saturnine and devilish and black-haired! The Duke of Kylemore, the Marquess of Sheene, the Earl of Erith, Sir Gideon Trevithick, the Earl of Ashcroft, dusky to a man!

And then with my sixth book, MIDNIGHT'S WILD PASSION, something changed.

I went over to the...light side!

The wicked Marquess of Ranelaw in that book had golden hair. Then I went back true to form with Jonas SEVEN NIGHTS IN A ROGUE'S BED. He was dark both inside and out, at least at the start!
Merrick from 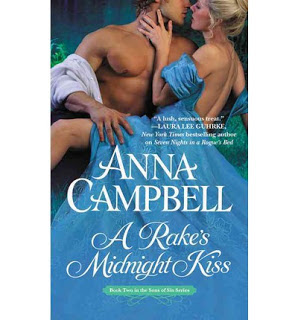 Since then, I've done two blond heroes! Shock! Sir Richard Harmsworth, the hero of A RAKE'S MIDNIGHT KISS (out from Grand Central Forever on 27th August) is blond. So is Simon Metcalf, the rakish hero of my e-novella DAYS OF RAKES AND ROSES which is out tomorrow. That makes three of my last four heroes blondies! What is the world coming to?

I don't think it's coincidental (although this theory doesn't hold water for Ranelaw) that both Simon and Richard are slightly lighter heroes in all senses than my usual beastly fare. One of the things I really enjoyed about writing this novella is it gave me a chance to tell a story that, while it hopefully had plenty of emotional depth, explored characters and conflicts that I'd have had to stretch past tolerance for a full-length novel.

Both Simon and his heroine, the Duke of Sedgemoor's sister, have baggage to deal with and problems to solve, not to mention that Simon returns from the Continent to find his childhood sweetheart Lydia about to marry someone else! But I don't think either Simon or Lydia counts as tortured - at least tortured in terms of the Anna Campbell universe! 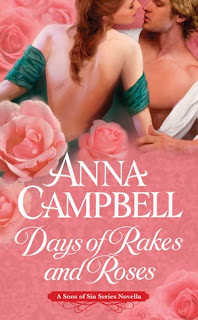 It was also fun giving readers another glimpse of some of the other characters in the Sons of Sin world. Because this story is set before the events in SEVEN NIGHTS IN A ROGUE'S BED, Jonas gets a mere mention and Sidonie doesn't make an appearance - after all, she's not part of the glamorous world of Regency London when she meets her true love. But I had a lovely time with Sir Richard being nonchalant and witty and the Duke of Sedgemoor being Mr. Perfect. I hope readers will be champing at the bit to see both those guys get their comeuppance when they fall in love with completely unsuitable women!

Oh, and let me mention one other way this story is light - it's light on the pocket too! 99 cents strikes me as a bargain! I'd pay 99 cents just to see that beautiful pink cover!

So let's talk that really profound subject - hero hair color! Do you like your romance guys to be tall, dark and handsome like Cary Grant? Or blond and beautiful like Brad Pitt or Robert Redford? Do you have a favorite blond heart throb in a book or a movie or a TV show? Do you think hair color matters?

When you comment, please identify where you're from - for a very good reason, PRIZES!

"Days of Rakes and Roses"
Grand Central Forever Yours
July 2, 2013

Lady Lydia Rothermere has spent the past decade trying to make up for a single, youthful moment of passion. Now the image of propriety, Lydia knows her future rests on never straying outside society's rigid rules; but hiding away the desire that runs through her is harder than she could have ever dreamed. Now as Lydia prepares for a marriage that will suit her family, but not her heart, Lydia must decide what's more important: propriety or passion?

Simon Metcalf is a rake and adventurer. But for all his experience, nothing can compare to the kiss he stole from the captivating Lydia Rothermere ten years ago. Simon can scarcely believe he's about to lose the one woman he's never forgotten. The attraction between them is irresistible, yet Lydia refuses to forsake her engagement. With his heart on the line, will Simon prove that love is a risk worth taking?

Download "Days of Rakes and Roses" from Amazon here and from Barnes & Noble here. 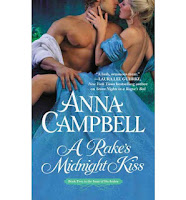 It Takes a Lady
Brilliant scholar Genevieve Barrett knows how to keep a secret. Her identity as the author of her father's academic articles has always been her greatest deception-until a charming housebreaker tries to steal the mysterious Harmsworth Jewel from her. She doesn't reveal that she recognizes her father's devastatingly handsome new student as the thief himself. For Genevieve, this will be the most seductive secret of all...

To Catch a Thief
Sir Richard Harmsworth has been living a lie, maintaining a rakish facade to show society that he doesn't care about his status as a bastard. Yet long haunted by his unknown father's identity, Richard believes the Harmsworth Jewel will confirm his claim as the rightful heir. But when Richard sets out to seduce the bookworm who possesses the stone, he instead falls for its beautiful owner. But even as she steals Richard's heart, Genevieve will be in greater danger than her coveted treasure...

Pre-order A Rake's Midnight Kiss from Amazon here and from Barnes & Noble here.

A DUKE FOR DIANA by Sabrina Jeffries