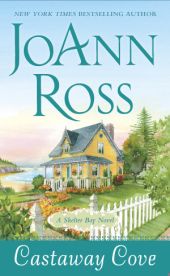 Staff Sergeant Mackenzie “Mac” Culhane, a deejay with the American Forces Network, is on his second tour of duty in Afghanistan when he is wounded. Three weeks later, he is in Colorado Springs where his wife has moved with their five-year-old daughter, Emma. Within hours of his arrival, his wife is on her way out of town and out of his life, leaving him with Emma. When Mac’s adoptive father, a pediatric surgeon who has retired to his hometown, Shelter Bay, Oregon, invites Mac and Emma to join him, Mac jumps at the chance for a new start with Emma in the picturesque small town where he will have the support of his father and friends from childhood summers spent in Shelter Bay with his grandfather.

Annie Shepherd was abandoned as an infant and grew up in a series of foster homes. All Annie ever wanted was a family, and when she married her boss, a Washington, D. C. lobbyist, she thought she would achieve her dream. But her marriage ended when her husband dumped her for the woman that would become wife #4. Annie, who remembered Shelter Bay from a childhood visit, moved there, bought a house, and opened a scrapbooking store. The friends she’s made in Shelter Bay, the joy she gets from her successful shop,  the satisfaction of her volunteer work with the residents of Still Waters, Shelter Bay’s memory care facility, and the companionship of her cat Pirate have given Annie a full life. Despite the urging of her friends, she’s determined that romantic relationships no longer have a place in her life.

Mac and Annie connect one Saturday night when Annie responds to Mac’s invitation to his listeners and calls into Midnight Mac’s late night country music show. A surprisingly intimate, off-air conversation about loneliness and post-divorce guilt leaves them both interested but leery. Mac realizes that his first responsibility is to Emma, and that means he has to approach relationships more cautiously than he has in the past. Annie, who gave a fake name when she called in, is determined that, for several reasons, she is not relationship material. But the chemistry they share and all the matchmakers of Shelter Bay,  including Mac’s grandfather Charlie, Annie’s favorite Still Waters resident, who has loving memories of his own Annie, and Emma, who really wants a live-in mommy, are working to see the two of them together. Before that can happen, however, Mac and Annie must summon the courage to risk their vulnerable hearts.

Mac and Annie are both likeable characters. Mac’s biological father died when Mac was still a child, but Mac was loved by his mother and adoptive father who encouraged him to pursue his dreams. Professional success came early and easily. I think he must have been a bit spoiled, but by the time the reader meets him, his time in Afghanistan and his divorce have changed and matured him. He is a loving dad, a devoted son and grandson, a good friend, and a tender, sexy, romantic lover. The gift he gives Annie when he proposes is wonderful. Annie’s life has been much tougher, but she survives with courage and a loving heart. Despite her reservations, she finds both Mac and Emma irresistible. Given her history, it makes sense that she is more cautious than Mac. I fell in love with Emma and with Charlie, and I can’t wait to see Sedona meet her match.

Castaway Cove is the sixth book in Ross’s Shelter Bay series, and like the other books, this one reinforces the warmth and beauty of the coastal community and enlarges the cast of characters whose stories engage the interest and touch the heart of the reader. If you like quieter stories with characters who feel like friends and a town where you feel at home, you can’t do better than this series. I’ve been reading JoAnn Ross’s books for many years, and her Shelter Bay books are my favorites of my Ross keepers. If you haven’t visited Shelter Bay yet, you can start with Castaway Cove. You don’t have to have read the other books to appreciate Mac and Annie’s story, but be prepared. You may find the other characters so appealing that you will want to read their stories too.