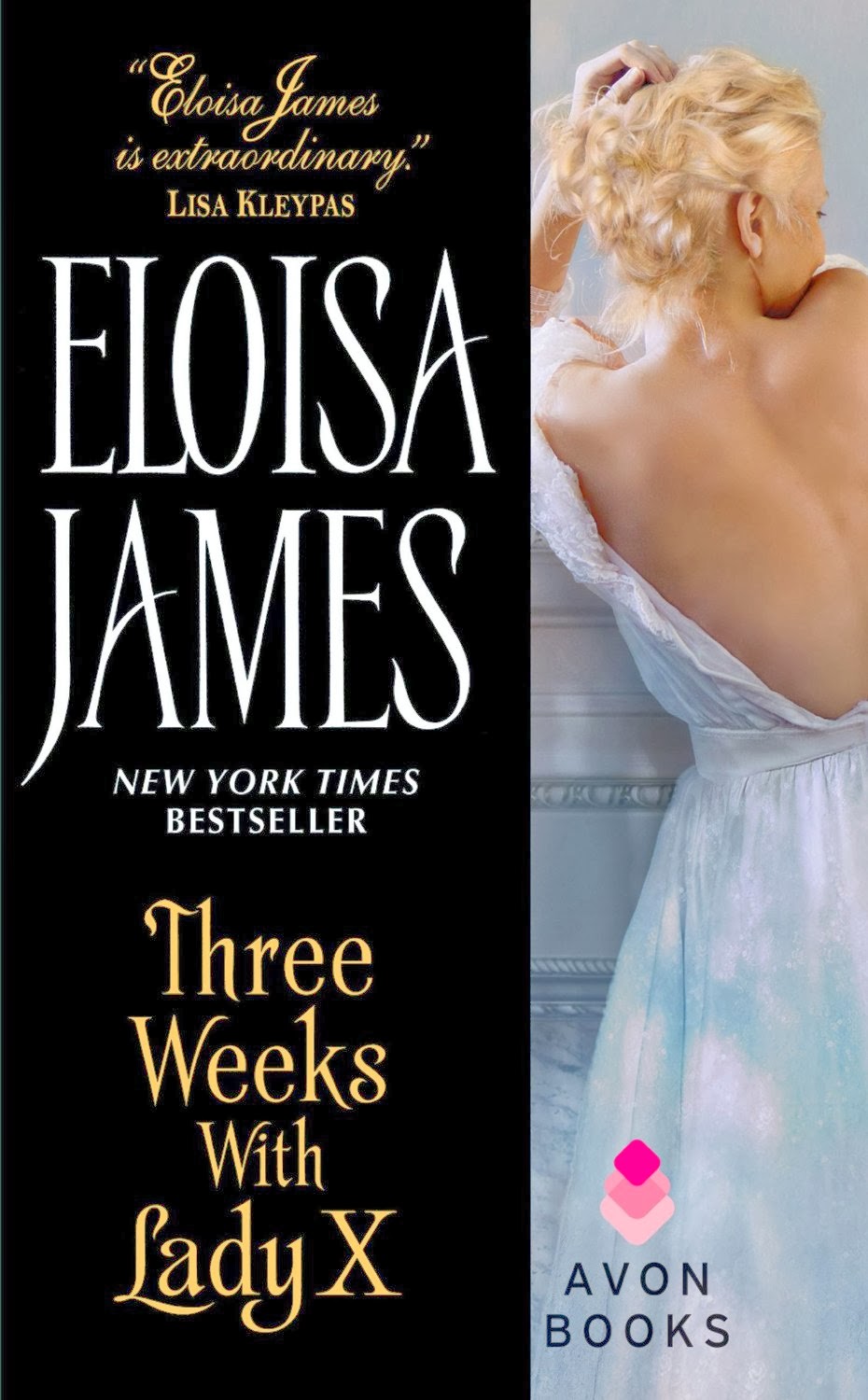 PJ here.  I discovered the books of Eloisa James in 2006 and it didn't take long for her to secure a place on my auto-buy list.  In the intervening years I've read everything Ms. James has published. Many of her books have been 5-star reads for me but a few have surpassed that rating to achieve a rare Top Dish designation. Three Weeks With Lady X, a March 25, 2014 release is one of those special Top Dish books.  This story takes me on an emotional roller coaster ride from beginning to end, introducing me to characters who fascinate me, infuriate me, elicit both tears and cheers and leave me thinking about them long after their story reaches its very satisfying conclusion.  This one is a Top Dish keeper.

I have a very special treat for you today.  Not only do we have a sneak peek excerpt from Three Weeks With Lady X  but one randomly chosen reader who leaves a comment on today's blog will have the opportunity to read this story a full month before it's published! Eloisa James has graciously offered one print ARC of Three Weeks With Lady X for today's giveaway. To be eligible for the giveaway, tell me which Eloisa James book is your favorite and why.  Or, if you haven't read any of her books yet, tell me why you'd like to read this one.  (Giveaway is limited to U.S. mailing addresses)

For more exclusive information about Three Weeks With Lady X throughout the month of March, be sure to subscribe to the Eloisa James newsletter.

For more information about  Eloisa James and her other books, visit her website and connect with her online at the following places:

Having made a fortune, Thorn Dautry, the powerful bastard son of a duke, decides that he needs a wife. But to marry a lady, Thorn must acquire a gleaming, civilized façade, the specialty of Lady Xenobia India.
Exquisite, headstrong, and independent, India vows to make Thorn marriageable in just three weeks.  But neither Thorn nor India anticipate the forbidden passion that explodes between them.

Thorn will stop at nothing to make India his. Failure is not an option.  But there is only one thing that will make India his.
The one thing Thorn can't afford to lose--his fierce and lawless heart.