Janga's Most Anticipated Books of 2015

Janga’s Most Eagerly Anticipated Books of 2015 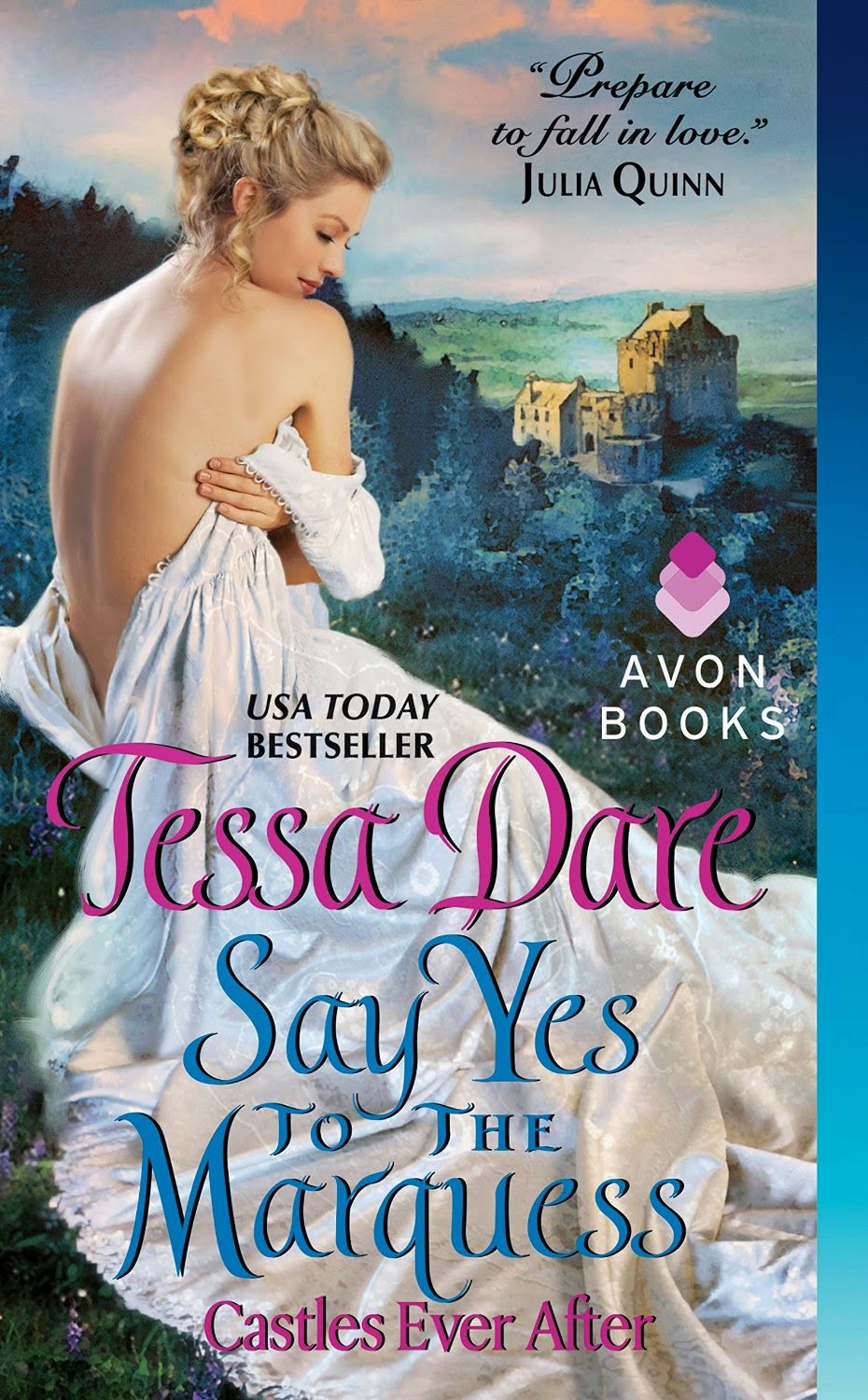 We are only a few days into the new year, and my book calendar is already filled with stars and exclamation marks signaling must-read books that will be released January through December 2015. Based on the ARCs I have already read, I’m predicting that 2015 is going to be a stellar year for romance readers. I started my Best of 2015 list with off-the-star-chart reads--Tessa Dare’s Say Yes to the Marquess and Miranda Neville’s Duke of Dark Desires (both December 30 releases). I have a few other blue-ribbon titles on the list already too, but I’ve been pledged to secrecy. Meanwhile, I’m happy that the coming year will bring me another of Jeannie Lin’s Tang Dynasty stories, three novels and a Christmas novella set in Susan Mallery’s Fool’s Gold, and a new series from Courtney Milan. I’m excited that Grace Burrowes is debuting as a contemporary romance author this month, and with two more Sweetest Kisses books releasing in February and March, it looks as if she will be as prolific in the new subgenre as she has been in historical romance. 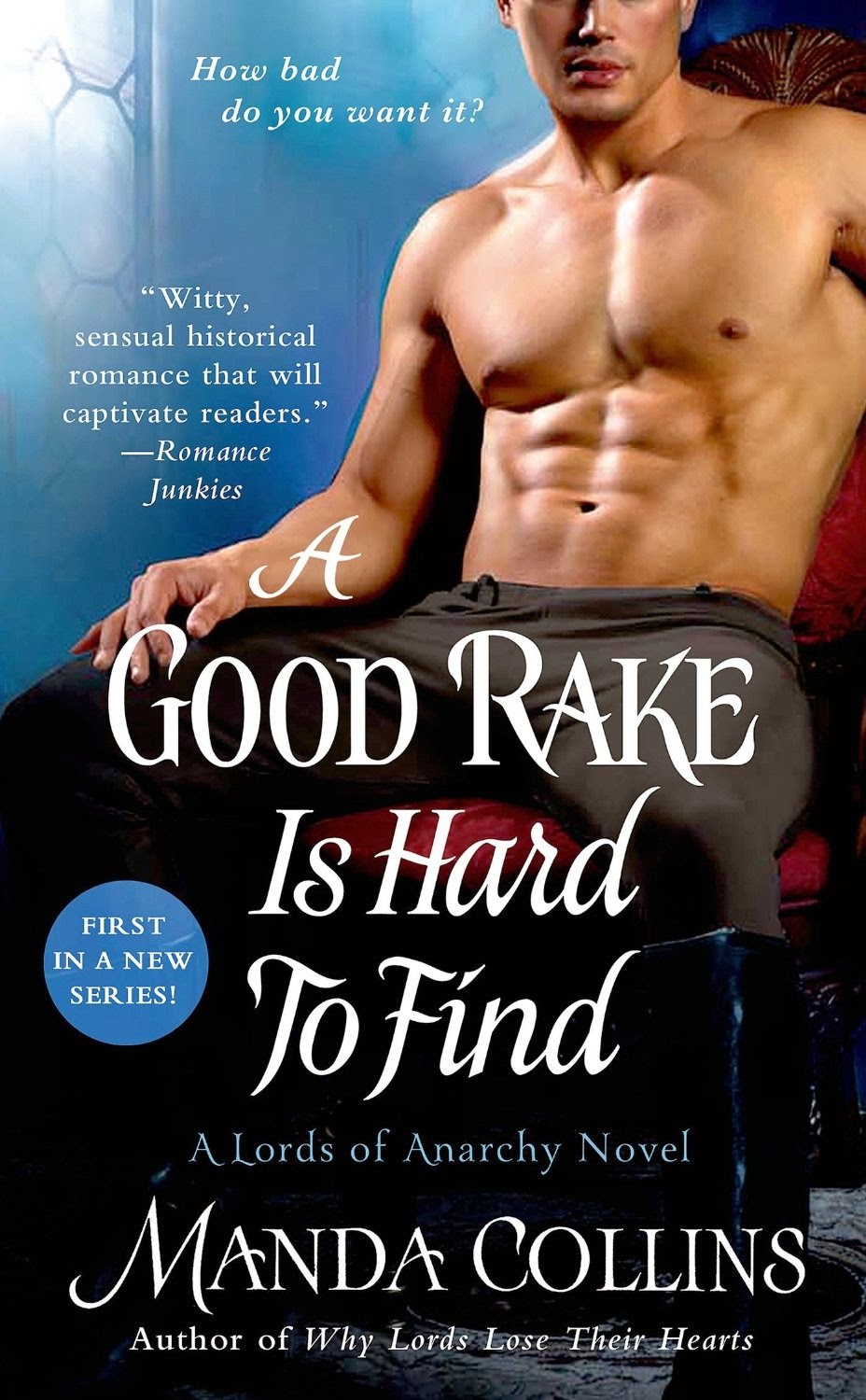 Sabrina Jeffries introduces a new series, Sinful Suitors, with The Art of Sinning in July, which sounds delicious, and I’m thrilled that Meredith Duran has back-to-back releases in July and August (Lady Be Good and Luck Be a Lady). I’m all smiles at the thought of new series from pals Manda Collins (whose Lords of Anarchy series opens with A Good Rake Is Hard to Find on March 31) and Terri Osburn (whose His First and Last on May 12 will introduce her Ardent Springs series). All this enthusiasm for my reading year, and I still don’t have any news about new releases from some of my favorite authors such as Connie Brockway, Loretta Chase, Cecilia Grant, Molly O’Keefe, Sarah Mayberry, Maggie Robinson, Sherry Thomas . . .


I’m already working on reviews for TRD of books I have loved, so you can expect to hear more from me in the coming months. In the meantime, here’s a double list of the books I am most eager to read over the next twelve months. I warn you that my series addiction is much in evidence.

The Legend of Lyon Redmond (Pennyroyal Green 11), Julie Anne Long (October)
Are you one of those readers who have been hyperventilating waiting to know if Lyon and Olivia Eversea will get their HEA? I am! And I celebrated when JAL announced this release for 2015. As soon as I have an actual release date, I’ll start a countdown.  (I’m joking—maybe.)
The Duke of Olympia Meets His Match, Juliana Gray  (April 21)
I’ve been a Gray fan since her first book, and the Duke of Olympia is one of my favorite characters. Plus, how often does an older character get a chance to be the hero of a story?
The Lure of the Moonflower (Pink Carnation 12), Lauren Willig
Bitter sweetness is the dominant note here. I am eager for the story of Jane and the Moonflower, but I’m sorry to see this nine-year series, a steady favorite, ending.
A Cold-Hearted Rake, Lisa Kleypas (October 27)
Readers have not had a Kleypas historical since Love in the Afternoon in June 2010. As much as I love her contemporaries, I am super-excited that she has returned to historicals for a space.

Home by Morning (Heroes of Heartbreak Creek 3), Kaki Warner (July 7)
Three words say it all—Thomas and Pru’s story! If you don’t squee at that news, rush right out and stock up on Kaki Warner books so you can read them all before this one releases in July.
Not Always a Saint (Lost Lords 7), Mary Jo Putney (August 25)
The hero is the brother of the heroine in one of my top books of 2014. I’ve been longing for his story since I turned the final page of Not Quite a Wife. Authors who after twenty years still leave me thrilled at the thought of their next book deserve particular notice.
The Spring Bride (Chance Sisters 3), Anne Gracie (June 2)
Another perennial favorite author, Anne Gracie just has to mention a new book and I start cheering. This one is the third in the Chance Sisters series, Jane’s story. Yay!
A Mackenzie Clan Gathering (Highland Pleasures 7.5), Jennifer Ashley (August 18)
I love the Mackenzies! And Ashley promises this novella has more of Ian and Beth, who started it all and who remain one of my all-time favorite couples.
Too Dangerous for a Lady (Rogues World 16), Jo Beverley
Roger Merryhew was one of the original Rogues. He died before the series opens in 1814. The heroine of this book, these many years—and books--later, is his sister. Isn’t the intricacy of that wonderful? (See closing comment for #6.)
True Pretenses (Lively St. Lemeston 2), Rose Lerner (January 13)
Only a short wait to return to Lively St. Lemeston. Lerner’s characters not only engage me for the duration of the book but leave me thinking about them long afterwards. PJ has already raved about this one, making me even more eager to read it.

Bonus: My American Duchess, Eloisa James (February 17?)
This is a novella—or maybe a novel. It could be released next month but probably not. All I really know is that EJ is writing/has written it, and it has an American character. That’s enough. As soon as Amazon lets me, I’ll preorder it again.

Dish Note: Eloisa James announced in a recent newsletter that My American Duchess will be a full-length novel to be published sometime in 2015.

Brown-Eyed Girl (Travis Family 4), Lisa Kleypas (August 11)
I’ve read the other Travis books many times, and each time I’ve wished for Joe’s book. I plan to start reading this one as soon as I have it in hand. I’m desolate that I may have to wait for a hardback to be delivered. No Kindle version is available for preorder.
If You Only Knew, Kristan Higgins (June 30)
The first post-Blue Heron book from Higgins, this tale of two sisters, one cheating husband, and family secrets sounds wonderful. And since it’s Higgins, I’m betting on a canine character to steal my heart too.
Under the Lights (Boys of Fall 1), Shannon Stacey
Stacey became an auto-buy author for me with her Kowalskis. This new series featuring the members of a high school championship football team fifteen years later promises to be just as addictive.
A New Hope (Thunder Point 8), Robyn Carr (June 30)

Carr has already proved that she can create a wondrous variety of characters and plots and make me fall in love with them. But this one includes a murder mystery. I really can’t wait to read it. Well, obviously, I have to wait—but I am doing so very impatiently.
Suddenly One Summer, Julie James (May 5)
Not part of James’s FBI/U.S. Attorney series, this novel is still connected in that it features Ford Dixon, the best friend of Brooke Parker in Love Irresistibly, as the hero. James is one of the best at creating grown-up, truly contemporary protagonists who achieve real intimacy. She is a no-fail author for me.
Meet Me in Scotland (Kilts & Quilts 2), Patience Griffin (January 6)
I preordered this one as soon as I finished To Scotland With Love. I look forward to losing myself again in Griffin’s fictional world with more of her engaging characters.
This Heart of Mine (Whiskey Creek 8), Brenda Novak (March 31)
I’ve been wondering since the first book how Novak would handle this story. Phoenix is released from jail (She’s innocent!) and she wants to see her child. Riley is determined to keep her away. Reunion stories rank high with me, and this one may be unique.
Summer of Lovers’ Island (Jewell Cove 3), Donna Alward (May 5)
I love this title! This is the story of Dr. Josh Collins, the bitter, widowed cousin of Tom Arseneault, hero of The House on Blackberry Hill (Book 1). Great title, intriguing character, a series I love—all reasons to put SOLI on my list.
One True Heart (Harmony 8), Jodi Thomas (April 7)
Like Thomas’s other Harmony books, this one weaves several stories together, but it is the promise of an HEA for an adult, successful Beau Yates that earned it a spot on my most anticipated list.
Some Kind of Wonderful (Puffin Island 2), Sarah Morgan (September 15)
Thanks to Harlequin and Netgalley, I’ve read First Time in Forever (February 24), the first book in this series. I loved the story, and I was also totally hooked by fleeting references to the ten-day marriage of Brittany Forrest and Zachary Flynn. This is their story. Did I say I love reunion stories?

*Please note that the release dates are accurate as far as I was able to determine as of January 1, 2015, but they are subject to change.

Your turn, readers! What books are you most anticipating this year?