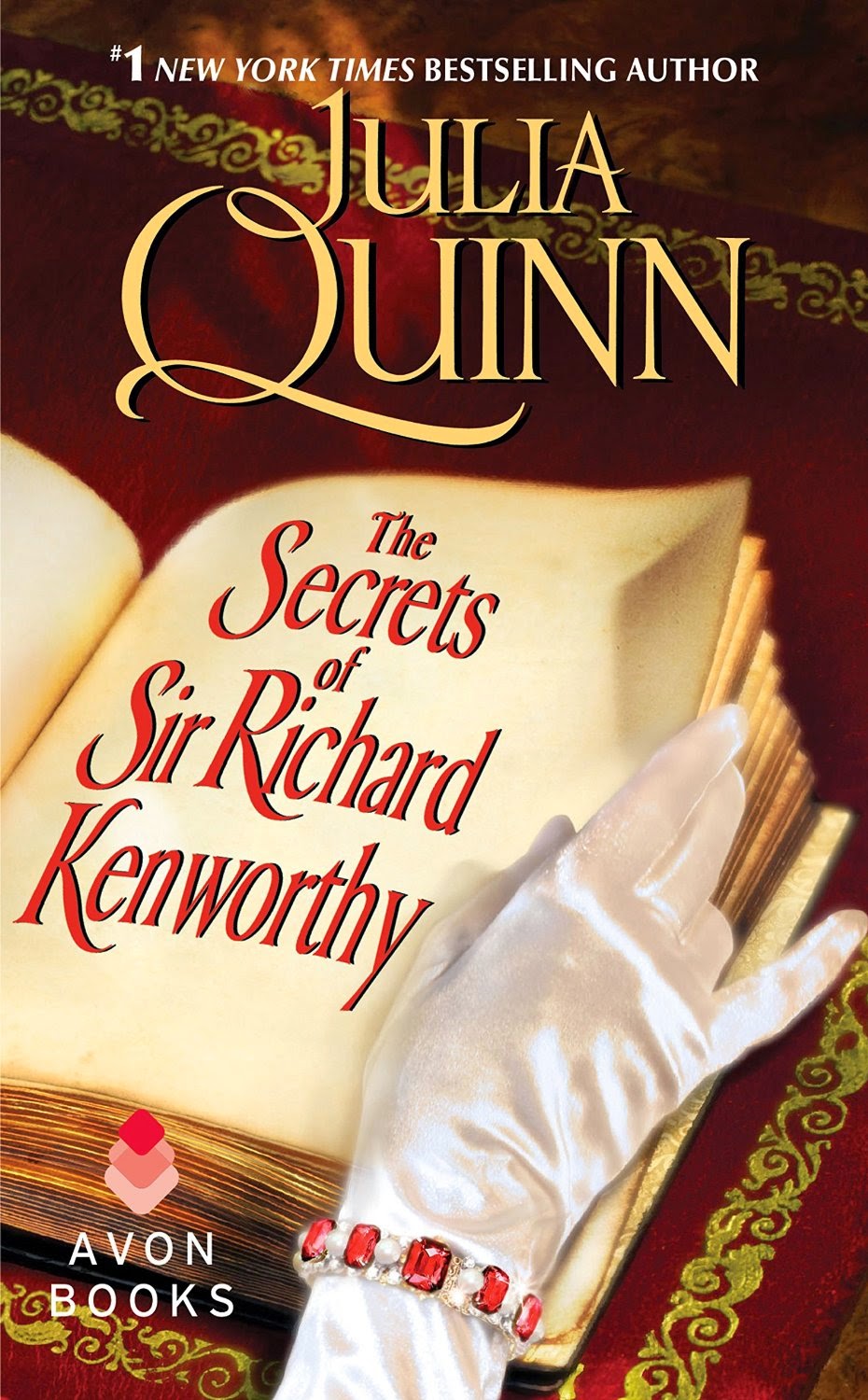 Iris Smythe-Smith is the kind of young woman who blends into the background, and she likes it that way. A keen observer of human nature, she realizes that she sees much more from the sidelines than she would ever see in the center of things, a position highly coveted by her younger sister Daisy. Unfortunately for Iris, there is one occasion that makes it impossible for her to avoid attention. As an unmarried Smythe-Smith female old enough to have made her debut, she cannot escape playing in the annual family musicale. Even her instrument, the cello, is not large enough to hide her completely from the eyes of their suffering guests. The discerning among the guests realize that Iris is an anomaly among the Smythe-Smith performers: she actually possesses a degree of musical skill. That skill just makes the performance more excruciating for her since she knows how truly awful it is.

Sir Richard Kenworthy has left his Yorkshire estate to visit London for the purpose of finding a bride. There is nothing unusual in that, of course, but Sir Richard’s case is different because it is critical that he find a bride and return to Yorkshire with her in less than a month. It is with his purpose in mind that he accompanies his friend Winston Belvestoke to the Smythe-Smith musicale where Richard meets Iris. He very quickly decides that while her dowry may be smaller than he would like, Iris has every other quality he is seeking in a bride. She is not a reigning beauty. Indeed, she is a bit of a wallflower, which means there are no more worthy suitors competing for her hand, but she is intelligent, practical, and most important of all, devoted to her family. The last quality permits Richard to hope she will understand and forgive when she learns his secrets.

Richard’s determined courtship may stir Iris’s senses and awaken feelings the innocent Iris doesn’t quite understand, but she is not so overwhelmed that she fails to understand that Richard is not telling her everything. Her suspicions are confirmed when he manipulates her into a compromising situation, but despite her reservations, her heart and the social realities persuade her to accept his proposal. The quick marriage and rapid return to Yorkshire intensify Iris’s feelings that something is wrong, and Richard’s behavior adds to her concern. But nothing could have prepared her for the truth. Meanwhile, Richard has been falling deeper and deeper in love with his bride, but his reason for marrying her may prove to be the reason she will never accept his love nor return it.

The Secrets of Sir Richard Kenworthy is the final book in Quinn’s Smythe-Smith Quartet, following Just Like Heaven, A Night Like This, and The Sum of All Kisses. It has the light-heartedness and humor that have made Quinn a reader favorite since Splendid in 1995, and it also has some substance mixed with the froth, another Quinn trait. Fans of the series will recognize Iris. She emerges as a likeable, interesting heroine with an unusual degree of self-awareness for so young a heroine. She not only knows herself well, but she also likes who she is. I found that quality immensely appealing. Her understanding of who she is and her pragmatism, which Quinn shows is an essential part of Iris and not just a convenient plot device, enable her to move beyond the drama of the crisis and assure her own HEA with the man she loves despite his flaws.

I didn’t like Richard as much as I like Iris, but he is a basically decent man who makes a choice to do something he knows is reprehensible because it is the only way he sees out of a situation that has the potential to destroy the lives he wants for his two younger sisters. He can be charming, and I understand why Iris falls for him. But he is also a bit of a coward, and I grew impatient with his delays in telling Iris the truth. Even without the epilogue, I believe they will build a happy life together, but I think Richard is the luckier of the two.

As for secondary characters, there is an ample sampling of Smythe-Smiths in the London-set chapters, and Richard’s two sisters appear in the Yorkshire chapters. Both Richard’s sisters impressed me as sketchily developed characters. Perhaps it is because as a faithful Quinn reader I already knew all of Iris’s family, but they possessed a realness that Fleur and Marie-Claire lack.

The Secrets of Sir Richard Kenworthy is not Quinn at her best; I don’t think it is even the best in this series. But it is a book with clear strengths, and it is an entertaining read.  If you like Julia Quinn’s books, you will probably enjoy this one without rearranging your list of favorite books by Julia Quinn to accommodate a new title. I would be less than honest if I failed to add that I would think it well worth the price of the book and the time spent reading it if the only positives had been two particular scenes. Harriet, Elizabeth, and Frances have been favorites of mine throughout this series, but the production of Harriet’s play in this book deserves a place among the funniest scenes in romance fiction. I laughed so loudly that members of my family converged on my room from all over the house to find out what was so funny. The sex-explanation scene between Iris and her mother, although not so side-splittingly funny as the play, is also a gem of a scene. Reading the book will also allow you to understand all the unicorn references in Quinn’s recent Facebook posts. These are reasons enough to add this book to your TBR.

Now I’m longing to know what is next from Quinn. Since Winston Belvestoke makes an appearance in The Secrets of Sir Richard Kenworthy, I wonder if his book is planned for the near future.