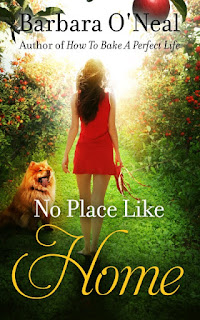 “The April I was thirteen, I went to sleep a good Catholic schoolgirl, and woke up the next morning burning. The transition was like the flip of a coin, and made me as dizzy as an airborne dime.” So begins the story of Jewel Sabatino. Her mother told her it was puberty, a temporary stage, but the burning lasted through her seventeenth summer when she met a guy in a band who took her away from Pueblo, Colorado.  Billy Jake, her non-husband, gave her a son and almost twelve years before the drugs first seduced and eventually killed him.

More than twenty years after she ran away, Jewel is returning to her hometown to take up residence in the house her great-aunt left her. She faces her homecoming with mixed emotions. Her seventeen-year-old son Shane, who inherited his father’s musical gift as well as his looks and charm, is not happy to leave his friends and the music scene in New York City to live in some Podunk town for which his mother has never had a kind word.  Her best friend, Michael Shaunnessey, has AIDS, and Jewel knows she is bringing him to Pueblo to die. She is also uncertain of her reception from her large, closely knit, extended Sicilian family, particularly her father who has not spoken to her since she refused to return to Pueblo with him two decades ago.

Jewel, a culinary expert, runs a pie-baking business from her home rather than looking for work because working on her own allows her to be there to care for Michael. Shane is pushing the boundaries and pulling typical adolescent tricks, but the family, except for her father, welcomes Jewel, Shane, and Michael with open arms. Jewel discovers that the things she disliked about Pueblo at seventeen look quite different when forty is staring at her in the mirror. When Malachi Shaunnessey arrives to spend time with Michael, Jewel’s life gets even more complicated. Not only is he another heart-stopping bad boy on a motorcycle, but he is also a wanderer who travels the world with nothing to tie him down, and Jewel has discovered a need for roots. He may stir her libido and set her dreaming, but is he just another heartbreak waiting to happen?

I love Barbara Samuel’s books. Whatever the name on the cover, I know this writer is going to give me sensory prose so rich that the sights, sounds, smells, tastes, and touch of her fictional world are as real as the Georgia rain and robins’ morning song outside my door. I also know her books are going to pack an emotional punch that hits my heart. I know that her characters will be fully human in body, mind, and spirit. I know the stories she tells will make me feel and think. Of all her books, this one is my favorite. I love it because the story encompasses all of Jewel’s roles—caretaker, mother, daughter, sister, and lover.  I love Malachi. I admit I have a weakness for tall heroes with sexy voices, and Malachi qualifies on both counts. He is six feet, six inches tall, and Samuel describes his voice as “devastating . . . baritone, but laced with a drawl as slow as a Southern river.”

I love that Jewel’s relationship with her sisters moves me with their truth and authenticity.
The thing is, there is no more complicated relationship on the planet than sisters. I completely adore them. They completely drive me insane. I can't imagine my life without them and have often said I hope I'm the first one to die because I don't want to have to bury them. I think it would kill me.

I love it because No Place Like Home is a tale of healing, forgiveness, and acceptance, a story about holding on and letting go, things that touch me in deeply personal ways. The novel won the RITA for Best Contemporary Single Title. It was also named RWA’s Favorite Book of the Year and one of Library Journal’s Top Five. But those accolades mean less to me than the fact that it is one of my all-time favorite books. My print copy is tattered from rereading, so I was thrilled to find the digital version on sale recently. I reread it as soon as I downloaded it. Based on my reading journals, it was my eighth time to read it, and I may have missed recording a reread or two. After all these raves, do I really need to say that this book has my highest, most enthusiastic recommendation?