Debut author Lori Brighton is starting our week long Housewarming Party off with a BANG! Lori has a degree in anthropology and has worked in a museum, but she decided that the people in her imagination were more exciting than the dead things in a museum basement. Today she is sharing with us the moment when she received "the call" and a little bit about her debut release, WILD HEART. Please help me welcome Lori to The Romance Dish! 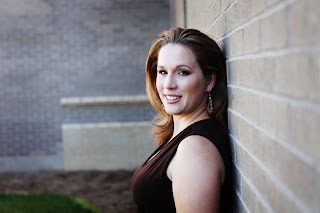 Recently I was talking to a neighbor’s father. “I’ve heard it takes a long time to get published,” he said.

I was surprised and delighted at his comment. Finally, I’d found someone enlightened, someone who understood the publishing world as it really was.

The man gasped. Actually gasped in horror or shock, I’m not sure which. So much for being enlightened. For a moment I felt almost embarrassed; until I realized I should be proud of myself for sticking it out that long and not giving up.

So there it is; the truth: over six years and probably close to 100 rejections. And I’m not going to lie, each rejection hurt. Like a knife through the heart. And after each rejection I thought about quitting. Fortunately, I didn’t.

When I wrote my debut book Wild Heart, I had this gut feeling that this would be the book that would be published. My heart full of hopeful promise, I sent queries out to agents. A few asked to see the first couple chapters. I sent them off knowing things were finally happening for me. Then the rejections started rolling in, one after the other. When I’d exhausted every agent I could, I entered Wild Heart in contests. The judges seemed to like my book and I ended up finaling in three contests. But it was the last contest I entered that would prove the most important.

I received an email a month or so after entering The Golden Acorn contest. The coordinator was letting me know that I’d finaled and Hilary Sares, formally of Kensington, wanted to see my full book. Shocked and thrilled, I quickly copied all 400 pages and mailed it out. Then waited…and waited…waited some more. After three months I figured Wild Heart was destined to be set aside. I accepted the fact that once again I was going to get a rejection and I started to think about what to write next. I’d moved on.

A few more weeks went by when one day my phone rang. The caller I.D. said New York, but as I knew no one there, I let the voice mail pick it up. A few moments later I checked my messages, it was Hilary and she wanted to talk to me about my book.

An editor wouldn’t call unless they were interested, right? That’s what I hoped! I could barely breathe and it took me about thirty minutes to return her call. That was the just the beginning. I ended up signing with Kensington for their debut program; two books. That first book, Wild Heart, was just released. The second book, a spinoff of the first, will be out next year.

It certainly wasn’t easy getting published, but I wouldn’t change a thing. 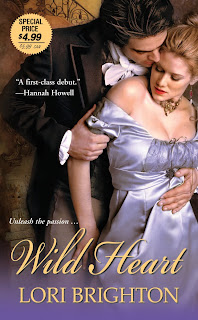 Leo Roberts is next in line for an earldom and the power and fortune that come with it, but he is uncultured, unrefined—and completely untamed…until governess Ella Finch arrives upon the scene. Can so young and inexperienced a woman tutor him in the manners and mores of his class? Leo’s mysterious past has rendered him an outsider, too wild for polite society. But he finds her innocence most intriguing…


WILLING…
What manner of man he may be, Ella does not know. Yet he fascinates her and she must know more. Capturing Leo’s reckless heart is about to free her in ways she never dreamed of…and his sensual touch releases the deepest yearnings of her body and soul …

“It’s lovely, the way the willow trees hang over the edge. Makes it quite…”

“Secluded? Romantic?” He was testing her, seeing how far he could push, and at the same time he found he liked to tease her.
She released a wry laugh. “Magical, I was going to say.”
It would be so much easier if she were the harlot pretending to be pure. As an innocent, he wasn’t sure how to deal with her. Yet, no innocent would have a necklace from India. It was too much the coincidence, wasn’t it? “As if fairies might be frolicking along the banks?”
She grinned. “Exactly.”
Leo stretched his legs out and leaned back on his hands, watching her. There was a shyness about her today that tempted him, and for a moment he forgot he was here to gather more information about her necklace.
“It’s rather warm.”
She picked a violet from the grass. “Hmm.”
“And you did promise to learn to swim.”
Her gaze jumped to his. “You’re teasing me.”
“Of course not. But, as I said, it is rather warm.”
“No, absolutely not, Leo. You may have bribed me into swimming once, but not again. Besides, you’re mad. We’d surely be spotted by someone.”
“Not where the rose bushes cover the windows, and that large yew tree would hide us from view.”
She shook her head. “No.”
“Suit yourself.” He stood and strolled down the bank, knowing she watched him and knowing, the way a man knows, that she was attracted to him. Damn, if that thought didn’t thrill him.
Without glancing back, he pulled off his shirt, letting the linen garment flutter to the ground with a swoosh. He heard her suck in a gasp and grinned. Lord, but he loved taunting her.

Thanks to everyone for stopping by! Leave a comment and three people will win a copy of Wild Heart!
Posted by Andrea at 12:01 AM