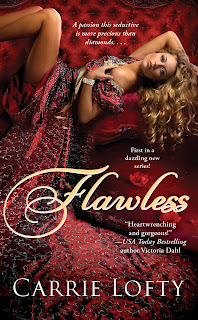 Lady Vivienne Bancroft and her three siblings gather together in New York City for the reading of their late father’s will. To everyone outside their immediate family, Viv is adopted. They state that in order to protect the fact that Viv is a bastard born to Sir William Christie and a French can-can dancer. Viv is grateful for the support of her brothers and sister, especially when her wastrel husband, Viscount Bancroft, saunters into the room without warning—the same titled husband she left in England two years before after enduring the shame and humiliation he wrought. As the reading commences, the siblings have no idea what it contains, but they certainly weren’t expecting what they heard. The extremely wealthy Sir William left most of his fortune to a home for immigrant children he founded years before. He leaves each of his children a strange bequest—they are to each manage one of his nearly bankrupt companies. If after 24 months, the company makes any amount of profit, they are awarded a one million dollar bonus and the choice to buy into said company. If they refuse or fail, they receive a single payment of five hundred dollars. Viv’s “task” is to manage the Christie Diamond Brokerage House in Kimberley, Cape Colony...in the south of Africa.

When Viv arrives in Cape Town a few months later, she is shocked to see her husband waiting for her...except Miles doesn’t appear to be the same man. Gone is the drunken behavior and pale skin. Now, he looks healthy and fit. And extremely virile. Miles informs Viv that he’s been there for two months to get a head start on assessing their situation. He’ll help her with what she needs to do in exchange for a portion of the bonus. Though, he doesn’t tell her his entire plan: Earn the money. Bed his wife. And this time, be the first to leave. Viv’s leaving bruised Miles’s pride and he believes that leaving first this time will help him get a little of that pride back. Plus, the money will help with his family’s debt. Naturally, Vivienne is uncertain whether to place her trust in Miles again after what happened last time.

She could trust him again. Make that choice. A leap of faith to honor the man he seemed intent on becoming.

But dear God, such a risk.

Miles begins to feel good about himself and liking the man he is becoming—a man of principles and value. A man worthy of his wife’s love. But Viv is afraid her past could jeopardize any possibility they have at a second chance at love.

I’ll admit I was just a bit hesitant about reading this one. Not because Carrie Lofty is the author—I really enjoyed the one book of hers that I’ve read, Scoundrel’s Kiss—but because it had an unusual setting. My previous experience with that has led to a couple books I simply could not finish because they were inundated with history, facts, and the like, to the point where I felt like it was a history lesson and not a romance. Thankfully, that was NOT the case with Flawless. Ms. Lofty does a wonderful job of balancing the history and romance. Her prose is exquisite, her characters are extremely likable and genuine, and the setting was one that I would actually like to read more about. And since I’m a fan of the reunited lovers theme, this was a win-win for me. If Flawless is any indication to how the rest of the series will be, count me in! I can’t wait to see how the rest of Viv’s siblings fare with their own adventures!