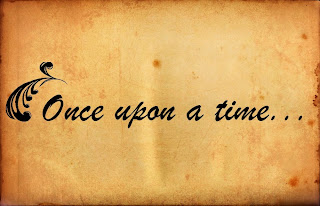 Today our 2nd anniversary celebration continues with another game that we love to play: Guess that first line! We all know how important a good “first impression” is, especially while reading. Well, PJ, Gannon, Buffie, and I have searched far and wide to come up with the most unique, attention-grabbing first lines from some of our favorite romance novels. Test your skills and see if you can guess which book these first lines are from!

1. "So, Grimsborough, this is your little bastard."


2. The decapitated, plastic pink flamingo, standing ass-feathers deep in what looked like poison ivy, was _____ ______'s first clue that doom had followed her from New York.


3. If she didn't have sex with something soon, she would burst out of her skin.


4. She was willing to die, of course, but she had not planned to do it so soon, or in such a prolonged and uncomfortable fashion, or at the hands of her own countrymen.


5. Each summer in the village of Hadley Green, the residents looked forward with eager anticipation to two significant events: the first was the week in June in which the vicar put his gout-ridden body into a borrowed coach and took leave of his flock to call upon his aging sister in Shropshire.


7. This story begins with a carriage that was never a pumpkin, though it fled at midnight; a godmother who lost track of her charge, though she had no magic wand; and several so-called rats who secretly would have enjoyed wearing livery.


Post your guesses in the comments section and one random commenter (living within the United States) will win a prize pack full of books and goodies! International readers, don’t feel left out as you will be entered in one of three drawings especially for our International readers! Please be sure to include U.S. or International at the end of your comment so we know which prize drawings to enter you in. Winners will be posted Saturday! Good luck!