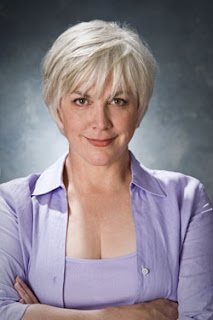 We are beyond exciting to welcome New York Times and USA Today bestselling author and RITA award winner, Connie Brockway to The Romance Dish! I've been a fan of Connie's for years, starting with her historicals and happily moving along with her when she started writing contemporaries. And of course, following her life on Squawk Radio. I mourned deeply when Squawk went off the air, and I was in good, albeit sad company. Well, color me happy when I learned she would write a sequel to her wildly popular historical, As You Desire (I wasn't alone in my joy). Connie announced she was "going rogue" and self-publishing, but a timely blog caught the eye of the folks at Amazon, and they decided to make Connie's newest book the launch for their new line, Montlake Romance. The Other Guy's Bride has been garnering rave reviews, including mine (check it out here). Please give a warm welcome to our friend, Connie.


Thanks for dishing with us today, Connie. I've been a big fan of your for years, starting with your historicals and moving to your contemporaries. And now you've made the move to self-publishing. What made you decide to do that?

Hey, Gannon! I decided to self-publish after being offered a contract that didn't have anything in it that I wanted: better e-book rates, some pricing control over e-books, and a decent advance. But most important, I wasn't going to be able to write books I'd been promising my readers for years, those being sequels to AS YOU DESIRE and ALL THROUGH THE NIGHT.
But while I had decided to self-publish, it didn't turn out that way and I'm not self-publishing now. Instead, I'm the launch author for Amazon's newest publishing venture, Montlake Romances. How'd that happen?
After I decided to self-publish I wrote a blog about the decision and my reasons for "going rogue." A few days later Amazon contacted me and asked whether would be interested in being their launch author. They offered me all the things I had wanted in the contact with my traditional publisher plus they were very excited, in fact insistent, that I write the sort of books of my heart --which in this case is THE OTHER GUY'S BRIDE.
Additionally, being published by Amazon put to bed all my fears about *my* self-publishing, namely where was I going to find a stellar editor, who was going to do the copy edits (and you know, Gannon, how very,very important it is for me in particular to have someone with a sharp eye for typos looking over my work!) and where would I find a great cover artist.
Plus, I would have the backing of the great Amazon team behind me. I said yes.
I can assure you that the follow-up to Harry and Dizzy's story was more than worth the wait. I fell in love with Jim and Ginesse. Their banter reminded me of John Wayne and Maureen O'Hara, Humphrey Bogart and Katharine Hepburn, and Michael Douglas and Kathleen Turner. So much fun! So what's up next for you?


I have so many ideas, and so many choices now. As I've done for, oh, say ten years, I'm trying to find the perfect ending to the trilogy started with PROMISE ME HEAVEN and continued in ALL THROUGH THE NIGHT. in other words, Giles, Lord Strand's story. I haven't done something really dark and edgy in a long time. There's a reason for this; it's really hard work for me. Something will have had to twist Giles in the interim period between ATTN and his story, something real and extreme. I've never been interested in heroes who are simply angry. Or indulging in a pity party. I'm interested in the sort darkness that a hero struggles against and not always successfully. And the heroine has to match that paradigm-- no healing angels who by virtue of their, well, virtue just absorb the darkness straight out of the hero--sort of like hair bleach.
I'm also playing around with doing a classic western romance, not western Americana. And again, not a gentle tale. Something Clint Eastwood might have starred in. Im thinking it would be a kick to set in 1900, rather than the more expected post civil war era. Or a late Victorian, possibly Edwardian English mystery with gothic overtones and a huge dollop of Oscar Wilde type sophistication… See what I mean? The possibilities suddenly seem endless!


I'm always fascinated by the different methods writers use for completing their books. What's a typical writing day like in the life of Connie Brockway? Are you a plotter or a pantser? How long does it typically take you to complete a book?


What method? I wish to high heaven I *had* method. Life would be so much easier. I start wherever the initial idea takes hold and then I work chronologically. I have tried writing out of sequence and it only creates an enormous mess for me. Many, many, man times I end up cutting the first 2-3 chapters entirely because I realize I've written backstory.. I suppose it has the benefit of letting me really know the characters before I begin their story. Do I sound convincing? I didn't think so.
Every book has it's own path. I love that. It sounds so writerly and it has the added of being true. Both AS YOU DESIRE and THE OTHER GUY'S BRIDE each took under six months to write.ALL THROUGH THE NIGHT took a year and some weeks. Those are both ends of my spectrum. Perhaps one of the reasons I like being under contract is because it *makes* me works. I am a dab hand at not-working. AN even dabber hand at writing down a couple paragraphs or chapters of "Brilliant Possibilities" a whole community of which reside in my bottom desk drawer with another neighborhood on my back-up drive. I love starting a book. I love thinking about a book. Not so much the middle of writing a book and by the time I've finished I have no idea if I've done well or not.

There are many of us who still mourn the closing of Squawk Radio, and the community that we all had, like a big, eccentric family. Do you ever miss it?

Certain aspects of it, yes. Sharing our friendship online expanded that friendship to include dozens of people. It felt like a big Hen Party ( wha-wha!) and it introduced our individual voices to a huge number of people without *feeling* like promotion. So, sure, I miss sniping at Christina or Terri. But it was a huge, huge time commitment for every single one of us and after two years, ultimately we felt that our time was better spent writing books rather than blogs. I can promise you I don't miss the rest of the Squawkers. We still babble and e-mail merrily away behind the scenes. And I still snipe at Christina and Terri.


Connie, it's been so much fun chatting with you. Now it's your turn to ask our "Dishettes" a question or two.

So, Gannon. Since you brought it up, I want to ask your readers to weigh in and weigh in heavily on the following questions (yes, I'm taking two because…well, because…)

1 - IN writing Giles Strand's story, how dark should I go?
2 - BESIDES the U.K. (and that includes England, Ireland, Scotland) when and where would you like to see me set a book? WAIT!! BONUS POINTS--if the book is NOT set between 1800-1895 you can include a U.K. setting!

Thanks so much for having me, you guys! I hope you enjoy reading THE OTHER GUY'S BRIDE as much as I did writing it!