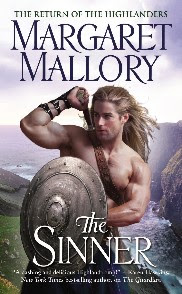 Four fearless warriors return to the Highlands to claim their lands and legacies. But all their trials on the battlefield can’t prepare them for their greatest challenge yet: winning the hearts of four willful Scottish beauties.


After walking away from a horrible marriage to a philandering man, Glynis MacNeil is resolute in her decision to never marry again and she will do anything possible to thwart her father’s matchmaking schemes. So when two warriors from another clan arrive at her father’s home, Glynis puts her latest plan into action. With the help of her maid, she transforms herself from a beautiful young woman to a woman with oozing pot marks all over her face.

Alex MacDonald is one fierce warrior. While he is known for his battle skills, it is his reputation between the sheets that gets people talking. Growing up with parents who fought constantly, Alex is determined never to wed. And why should he since a different woman every night satisfies his needs. When Alex and his friend Duncan arrive at the McNeil castle, Alex is shocked to be introduced to a woman with horrible pot marks on her face. Upon closer inspection, Alex immediately realizes the pot marks which seem to be oozing down her face are actually a disguise. Quite amused by such drastic measures, Alex beings a conversation with this unique woman.

“I’d do anything for my clan but wed,” Glynis said.

She looked over her should at him. “Do ye mean it?”

“Usually I become friends with women after I bed them,” he said. “But I’ll make an exception for ye.”

And thus a friendship between the two forms. In another attempt to get away from her matchmaking father, Glynis coaxes Alex into taking her along on his travels to Edinburgh where family from her mother’s side lives. During the days of travel, friendship swiftly gives way to the chemistry of white, hot passion. The sparks between the two could set all of Scotland on fire! Passionate nights (and a few days) sear a permanent place in each other’s heart.

With every stroke of his strong hands, he wiped away another bad memory of Magnus touching her. She wanted him to replace every ounce of unpleasantness and humiliation with pleasure and joy. Oh, God, how she wanted him. She wrapped her legs around Alex’s hips, urging him forward.

“I don’t want to rush this time,” he said against her ear. “I’m going to make certain ye don’t forget me too soon, Glynis MacNeil.”

While in Edinburgh, Alex discovers he is the father to a small girl. Hoping to provide his daughter with a calm, quiet childhood unlike his own, Alex practically begs Glynis to be his wife and mother to his daughter. Thinking she would never have a child of her own, Glynis finally accepts Alex’s proposal as her only way of becoming a mother, but secretly she hopes that his philandering ways are a thing of the past and that his heart would belong to her. Having endured humiliation by her first husband, all Glynis wants is to be loved and desired above all women by her husband. Through trials and a misunderstanding, Alex comes to the realization that one true love is so much better than a different woman every night.

Her eyes closed as his mouth met hers. For a long, long time, he just kissed her, not as a step to something else, but as if he wanted to do it forever. His fingers slid into her hair and supported her head as their tongues moved against each other in deep kisses.

Glynis felt adrift and breathless as he kissed her cheeks, her eyelids, her hair.

Since reading and reviewing Margaret Mallory’s debut novel, KNIGHT OF DESIRE, I have been singing her praises. And as much as I loved her medieval series, All the King’s Men, I must say that I believe Ms. Mallory has found her calling in writing Highlanders. The first book in this series, THE GUARDIAN, was a fabulous story and Ms. Mallory has kept the writing bar high with this latest offering. THE SINNER is a novel overflowing with everything you expect from a Highlander novel – fierce passion, male arrogance, and female determination. But THE SINNER offers so much more – a real friendship between husband and wife, the gentle interactions between a father and daughter, and the sweetness of true love.

While you could read this novel as a standalone book, I would highly recommend that you read the series in order as it will enrich your reading experience.