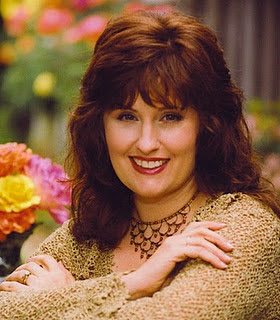 She's baaaack! *g* We're always happy to have Tawny Weber hanging out with us at The Romance Dish. Harlequin Blaze author, Romance Bandit, busy wife and mother, avid scrapbooker, shoe shopper, and lover of Johnny Depp....how does Tawny do it all?? Her latest, and third book, in her Undercover Operatives series, Sex, Lies and Valentines was released on January 24th. Check out my review here. Please say hello and welcome back to our friend Tawny Weber.
Valentine’s Yumminess

Do you feel it? That tingle in the air? The hint of anticipation. Maybe a smidge of apprehension, the worry about it not measuring up to expectations. Yep. It's that time again. The week before Valentine’s Day. I often think of this week as foreplay. You know, the buildup before the big event. And if it’s done right, the buildup is just as great as the event itself –which is also hopefully done right ;-)

I'm not sure what it says about me but I often associate romance and food. I'm sure there is some oral pleasure joke in there somewhere ;-). But so many ideas that come to mind for celebrating Valentine’s revolve around eating and/or drinking. Candlelight dinners. Candy - or even better, chocolate. Champagne. Tasty kisses (The chocolate kind. Really! Okay, not really.) Whipped cream swirled over chocolate dipped strawberries. Conversation hearts. Red hots. Whew... Is anyone else getting hungry?

So I started thinking about what fun we could have on the Romance Dish today and maybe it was food and Valentine’s on the mind, but I’d share my typical Valentine’s menu with you, and hear yours I case I can pick up any fun ideas (hey, new food, new tastes, new posit.... Um, no, sorry, won’t go there.)

We usually have lasagna --yeah the garlic is an issue but not if you both have it. I make a nummy vegetarian spinach lasagna that I serve with an green salad and garlic bread. No this isn't necessarily a romantic dinner per se but it's our favorite so that makes it romantic. Of course, if I were writing it in a book I'd make the meal all finger foods. Something with a lot of juice. Something they can feed each other then lick the juices from each other’s fingers. Or lips.

And then there’s dessert. Dessert has to be decadent. Rich. Intense. When it comes to dessert, I have no tradition. It’s all about whatever appeals at the time and makes my mouth water. One year I did make chocolate dipped strawberries and homemade whipped cream. Another I made a Black Forest Cake. One time it was peanut butter chocolate chip cookies, in heart shapes. I’m still undecided on what we’ll do for

dessert this year. But I might make the Four Layer Foreplay Chocolate Cake that was featured in each of my

Undercover Operatives books. It’s Pandora, from SEX, LIES AND Mistletoe’s recipe, but Maya in SEX, LIES AND MIDNIGHT uses it’s aphrodisiac qualities to keep things interesting. In SEX, LIES AND VALENTINES, Danita is trying to resist the delicious charms of the criminally hunky Gabriel so she’s not wanting anything to do with an aphrodisiac. She does agree to a nice, safe slice of apple pie, though. Little does she know...

So tell me, do you associate valentines and food? What foods make you think sexy holiday celebration? And do you have any suggestions for a wonderfully yummy Valentine’s dessert I can try this year?

***Tawny is giving away a signed copy of Sex, Lies and Valentines to one lucky commenter today.***

Tawny Weber has been writing sassy, sexy stories for Harlequin Blaze since her first book hit the shelves in 2007. When not obsessing over deadlines, she’s shopping for cute shoes, scrapbooking or hanging out on Facebook and Twitter. Come by and visit her on the web at www.tawnyweber.com

In December of 2011 Tawny launched her Undercover Ops series with SEX, LIES AND MISTLETOE. The

second book in the series, SEX, LIES & MIDNIGHT is on shelves in January 2012, quickly followed in February by SEX, LIES & VALENTINES. You can read the first chapter of SEX, LIES AND VALENTINES on her website, too! All you have to do is join the Reader Love-Fest!

Be sure to follow Tawny on her Holiday Survival Tour as she celebrates these three books with tons of fun and a chance for readers to win a $100 giftcard!