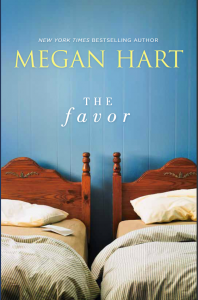 Janelle Decker is returning to St. Mary’s, Pennsylvania. Nan, the paternal grandmother who once cared for Janelle, is terminally ill with an inoperable brain tumor and needs a fulltime caretaker, and Janelle has taken on the task. Leaving California and the life she has built there with few regrets, she packs her ancient Volkswagen Rabbit pickup and with her twelve-year-old son, Bennett, returns to Nan’s house where she spent the summers of her childhood. She also spent her senior year with Nan, deciding a year with her grandmother was preferable to the rehab or reform school options her mother and step-father had given her. It’s been twenty years since Janelle left St. Mary’s, but the town and Nan’s house seem remarkably unchanged.  The house next door is still occupied by the dysfunctional Tierney family, at least by the old man and two of his sons, alienated Gabe and brain-damaged Andy, both of them marked forever by old secrets and the events of one tragic night.

Janelle and Gabe had played together as children, and that senior year, the two angry, wounded rebels with father problems had been drawn together in an intense relationship that ended in a violent rupture when Janelle granted a favor Gabe asked, a favor that changed everything between them and contributed to consequences more terrible than either of them could have imagined, consequences that left them both tormented by guilt. During the year Janelle takes care of her dying grandmother and deals with her son who is having problems adjusting to their move, she recognizes that her feelings for Gabe are no less powerful now than they were two decades earlier and the moody, damaged thirty-eight-year-old Gabe is no easier to love than was the teenage bad boy.

Despite the dual points of view, Janelle is clearly the pivotal character in this story. A single mother with a son who knows nothing of his father, an illegitimate daughter with a troubled relationship with her father, a loving granddaughter struggling to accept a reversal in roles, an adult beginning to see her past with clearer vision—Janelle is all of these. And each bit of who she is contributes a thread to the story.

Not only Janelle and Gabe but all the characters in this story are damaged in some way, albeit in different degrees. That the greatest damage was inflicted by those who should have been most committed to loving and protecting makes the horror greater and more threatening to the reader’s comfort. This is a story about human creatures twisted and predatory, selfish and irresponsible, frightened and fearful, flawed and resilient, gallant and giving. It is about forgiving and the unforgiveable and about accepting the necessary wounds in order to move forward to healing and hope.  Janelle says, near the book’s end, “Sometimes, things get broken and you don’t fix them.” She and Gabe gain the hard-earned wisdom that allows them to know what to give up and what to hold on to.

Readers expecting a conventional HEA will be disappointed, but the ending is hopeful, holding the promise of better things to come. If you are a reader who appreciates complexity, indirection, and painfully real characters who end up surviving to fight another day rather than living happily ever after, I highly recommend this book.