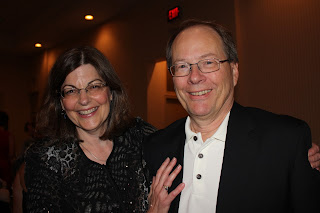 It's my pleasure to welcome two of my favorite people to The Romance Dish today!  Please say hello to historical romance author Vanessa Kelly and her husband, Randy Sykes.  Together, they form the writing team known as V.K. Sykes, creators of romantic suspense and single title contemporary romance novels.  Their newest book, Lethal Confessions is a gritty, emotionally charged, romantic suspense story set in the South Florida world of minor league baseball and one I highly recommend.


Welcome, Vanessa and Randy!  Congratulations on the release of Lethal Confessions!  Please tell our readers what they can expect from this book.

Lots of chills and thrills and a great love story - we hope!  Luke and Amy, our hero and heroine, are strong, capable people who are very good at what they do.  They also both carry deep emotional wounds-especially Amy-that they must overcome in order to establish a trusting relationship.  And they have to do it while on the trail of a really dangerous killer who's after Amy's family.

While the tone of this book is different from your contemporary romance novels, the story still has a strong baseball connection.  Who is the baseball fan in this writing partnership?  What is it about professional baseball that makes it a good backdrop for your books? 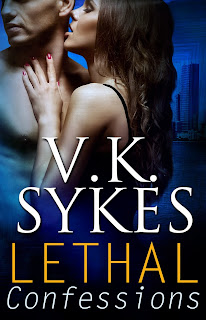 Randy is the baseball fan.  He follows the major and minor leagues; he's always been interested in the difficult path most players must travel through the minors as they struggle to make it all the way to the majors. That's one of the reasons why we picked a minor league baseball setting for Lethal Confessions.

Pro baseball also makes an interesting backdrop for several reasons. For one, the players are visually accessible and fans often sit very close to the field, especially in smaller stadiums.  Unlike sports like football and hockey, where players are helmeted and padded, baseball stars can be easily recognized, and that seems to create an additional bond with fans.  Also, the stakes are enormous for players, who are expected to perform at a consistently high level or face public and management criticism that can really trash a career. For many pros, baseball has been their whole life, and they can't conceive of what they'll do without it, even though they know the journey will end--and in most cases far too soon.  Finally, as with most pro athletes, outsized egos are often involved, and clashes with heroines are therefore inevitable!

The villain of this book is a truly scary character. What's it like as a writer to create a serial killer?  Do you find yourself being frightened by your own creation?  (Because, as a reader, I can assure you this character sure scared me!)

This is a very interesting question, PJ.  We wanted to create a serial killer who was convinced he was murdering for all the right reasons-out of necessity really.  In his delusional mind, he's a vigilante exacting justice.  He's also a man who-like most serial killers-passes for completely normal to those around him, and yet carries in him the ability to kill in cold blood and inflict unimaginable pain while doing so.  So, yes, even though we created him and obviously scripted every move he makes, re-reading those draft scenes often brought chills because we believed this guy could be real.  (P.S. Vanessa, here.  The killer in this book scared the hell out of me!)

Right there with you, Vanessa. What I found so scary about him was that he did appear completely normal when he wasn't in killer mode.  I confess, it had me giving my new neighbors second looks!

Amy and Luke are characters with whom I connected immediately.  What would you like readers to understand about these two?

We wanted to create strong, self-aware characters who are also very much a product of their backgrounds and personal histories. Amy, in particular, sees herself as something of an outsider. She was born and raised in Francophone Quebec, reluctantly moving with her parents to Florida when she was a teenager.  She's adapted well to life in the South , but part of her will never be completely at home in Florida.  Amy must also struggle with a lot of guilt regarding the death of her twin sister, and she needs to make peace with herself before she can move ahead in her relationship with Luke.  Fortunately, Luke is a very patient, compassionate guy! 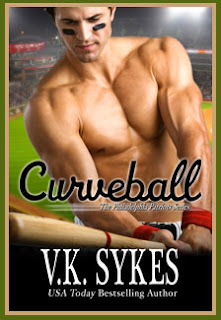 It's certainly our intention to keep writing straight contemporary romance, as well as romantic suspense. We're working right now on a three-book contemporary series set on a small island off the coast of Maine. Grand Central will be publishing this series in print starting in early 2015. And, yes, the Philadelphia Patriots have a lot more games left to play, both on and off the field! The next book in the series should be out around the beginning of 2014, but we have plans for several more.  We hope Nate Carter can keep pitching for a very long time.

I hope so too!  And that trilogy set off the coast of Maine sounds very intriguing.

What is it like to co-author books with your spouse?  Do you have a certain writing process that you follow?  What happens if you have different visions of the direction your story should take?

Though co-authorship is a bit unusual, especially in the romance genre, it works well for us, probably because we've gradually established roles that are by now quite well-defined.  Our writing process starts with brainstorming the broad aspects of a plot and the key characters. Randy then writes an outline which we discuss and finalize as a guide but not a straight-jacket. After that, Randy writes the first draft beginning to end, but leaving out the steamy scenes.  Then it's over to Vanessa to add, subtract, and polish the manuscript, ensuring that there are no crazy "a woman would never do that!" moments.  Let's just say that Randy's drafts, while sometimes poignant, are not generally the most emotional scenes in the history of the English language! Shocking, really, for a guy, isn't it?  As to different visions, we generally sort that out before we start writing, and Vanessa always wins.

Which is why you're still happily married, I'm guessing?  *grin*


Vanessa, you also write historical romance as Vanessa Kelly. What's next from your historical persona?

My next historical series from Kensington is only a few months away! The Renegade Royals kicks off with Lost in a Royal Kiss, a digital novella,, on Nov. 26th.  The heroes of the series are the illegitimate sons of the royal princes of England, and they're going to have lots of adventures with their heroines before they find their HEAs.  Book One, Secrets for Seducing a Royal Bodyguard, will release in January, 2014, in both print and digital.

What a beautiful cover!  I'm looking forward to this one.


Autumn is just around the corner.  This is the time of year when I immerse myself in college football and my favorite fall fruits and veggies.  What's your favorite cool weather activity? Favorite fall comfort foods?

Randy like to watch the baseball playoffs and World Series, and Vanessa enjoys walks in the cooler weather.  We also make a point of going for drives and walks in a nearby national park when the leaves start changing color.  As for favorite foods, beef stew, roast chicken, and pumpkin pie are perfect to usher in the change of seasons!

I love photography, especially taking pictures of places I'm visiting for the first time.  Please give us a "snapshot" of where you live; the sights, sounds and what makes it special or unique?

We're very fortunate to live in two quite different locations.  We spend about seven months in Ottawa, Canada and the other five (winter) months near Amelia Island, Florida.  As Canada's capital, Ottawa has all the usual capital-type attractions such as great national museums and historic buildings, including the Parliament of Canada and the Supreme Court.  It's also in a physically beautiful location, at the intersection of the Ottawa and Rideau Rivers, and has the historic Rideau Canal running north-south through the city. The Canal is frozen in winter to create the world's longest skating rink, and quite a few folks don their blades and skate along the canal to work-it's really a cool sight.  We also have the province of Quebec just on the other side of the Ottawa River (less than half a mile from our home), and that adds an additional Francophone flavor to the area culture.

Our Florida home is quite different-small (10,000 people) and totally laid back.  It's actually half a "resort" type area and half a working town, with two big factories and a thriving little container port.  It's probably best known for its place in the history of shrimp fishing, and the spring Shrimp Festival is one of the highlights of the year.  The Amelia Island beaches are spectacular, as is the inland waterway, just a stone's throw from where we live.  The King's Bay naval submarine base is just across the St. Mary's River in Georgia, and we've been lucky enough to twice see nuclear submarines being escorted out to sea by their protective Navy and Coast Guard vessels and helicopters.  Add in whales, dolphins, turtles, herons, egrets and even alligators, and you've got a fantastic setting for walks or just hanging out and enjoying nature.

I'm familiar with your lovely winter locale, having lived in Jacksonville for many years.  Ottawa is a city I've never visited but I'd love to.  I think I'd have to come in winter though to see the skating commuters! :)

What's on the horizon for V.K. Sykes?

We're working on our small-town contemporary series for Grand Central, and Randy has just finished up the first draft of the next Philadelphia Patriots book.  We've also got two more romantic suspense books we'd like to publish, one of them the sequel to Lethal Confessions.  Stay tuned for more murder and mayhem!

This makes me one very happy reader!

Vanessa and Randy, thank you so much for visiting with us today.  We wish you much success with all of your books!  Is there anything else you'd like to add?  A question you'd like to ask our readers?