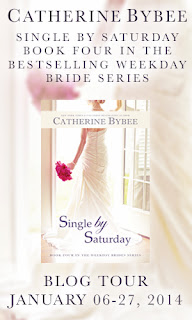 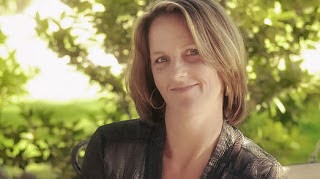 I'm pleased to welcome Catherine Bybee back to the Romance Dish for her Single by Saturday Blog Tour. A New York Times & USA Today bestselling author, Catherine Bybee was raised in Washington State, but after graduating high school, she moved to Southern California in hopes of becoming a movie star. After growing bored with waiting tables, she returned to school and became a registered nurse, spending most of her career in urban emergency rooms. She now writes full-time and has penned novels Wife by Wednesday, Married by Monday, and Not Quite Dating. Bybee lives with her husband and two teenage sons in Southern California.


Welcome back, Catherine.  Congratulations on the release of Single by Saturday, the newest addition to your Weekday Brides series.  Please tell our readers what they can expect from this book and the series.

Someone asked me to summarize this book in as few words as possible... I like telling people about this book like this:  You think your life is hard? Try falling in love with your brother-in-law.

LOL!  That's a good summary!  Marriage of convenience is one of my favorite romance tropes but this story comes with a twist.  What would you like readers to understand about the main characters of this book?

Karen and her husband Michael will never fall in love. It's not possible due to Michael's hidden sexuality. They are both fiercely loyal to each other, however so when Karen starts to fall in love with Michael's brother Zach, things get very sticky.

Is this the final story in the series or are there more brides to meet?

This is the 4th book in the bride series... I have 7 planned. Taken by Tuesday will be released later in 2014.

I don’t make New Year’s resolutions but I do map out goals and wishes at the beginning of each year.  What are your wishes for 2014?

More balance in my life. I have been a full time writer for a few years and its time I find the right balance between writing and my family. I also want to read more novels.

What is a question you’ve never been asked that you’d love to answer?  Will you share that answer with us?

I've been asked many personal and professional questions. I don't think anything I want to say hasn't already been said. *sigh*

I'm working on the 4th book in my Not Quite series, Not Quite Forever. Late 2014.

Thanks so much, Catherine!  Would you like to ask our readers a question today?


I would. Dear readers… If you were offered five million dollars to marry a Hollywood movie star, for a year with no ability to fall in love with said movie star, would you do it?

Great question!  Okay, readers, let's hear from you.  Would you do it or not? 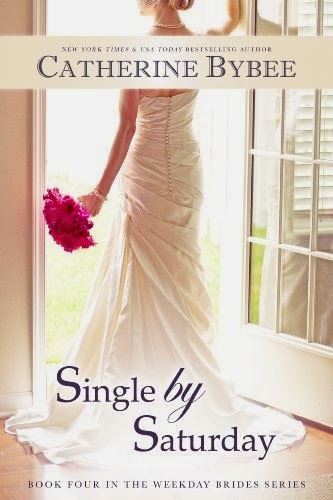 KAREN JONES:
The petite blonde married a Hollywood star, yet she’s the one who spends every day playing a part: The part of a happy wife. A year ago, she agreed to wed a famous actor to diffuse rumors about his personal life. Now, her divorce sits just around the corner, along with a five million dollar payout. However, as she prepares to exit her fake marriage gracefully, her drop-dead-gorgeous brother-in-law walks through the door… and into her heart.

ZACH GARDNER:
Dark-haired, blue-eyed hunk, Zach, crashes Michael and Karen’s fancy one-year anniversary party, determined to meet the wife his brother hid from their family. But sparks fly the moment he and Karen see each other. When the famous couple decides to visit the whole Gardner clan, Karen must keep Michael’s secret under wraps in front of his questioning relative… including Zach, the man who could be the real love of her life.