April showers may bring May flowers but around here, April is going to bring bestselling authors, 5-star book reviews, blog tours, interviews and lots of terrific giveaways.  We hope you'll join us for all the fun!

We kick things off on Tuesday, April 1st with a visit from one of our favorite Aussies, the multi-talented Anne Gracie.  The second book in Anne's popular Chance Sisters series, THE WINTER BRIDE will be released April 1st and PJ says it's another winner.  The first book in the series, THE AUTUMN BRIDE was just named as a 2014 Romance Writers of America RITA® finalist in the Best Historical Romance category.


Don't miss Andrea's New Releases on Friday, April 4th.  There are a lot of terrific books being released this month!

Vanessa Kelly returns to blog with us on Wednesday, April 9th.  CONFESSIONS OF A ROYAL BRIDEGROOM, the second book in Vanessa's The Renegade Royals series was released March 25th and continues the stories of those sexy, illegitimate royals.


On Thursday, April 10th, we're making our reservations for our most anticipated May books.  There are sure to be some great ones!

On Friday, April 11th, we'll be spotlighting A NUMBERS GAME: AN OUT OF BOUNDS NOVELLA by Tracy Solheim.  The novella, which brings readers another sexy NFL hero, will be released on April 15th and bridges the gap between full-length books in this popular sports-focused series.

Juliana Stone joins us for a Q&A with PJ on Monday, April 14th.  THE DAY HE KISSED HER, the third book in Juliana's sexy and emotional Bad Boys of Crystal Lake series, releases on April 1st.  PJ says this is a book, and series, you don't want to miss!

We have another spotlight for you on Tuesday, April 15th.  This time, the star of the show is WALLFLOWER GONE WILD by Maya Rodale, a historical romance released on March 25th.  That has to be one of the best titles ever!

We welcome Jennifer McQuiston back to TRD with a Q&A on Wednesday, April 16th.  Jennifer's third book, MOONLIGHT ON MY MIND (released March 25th) brings readers all the humor and heart they have come to expect from this rising historical romance star.

We wrap up a terrific week with a visit from paranormal/fantasy author, Nancy Northcott on Friday, April 18th.  Nancy's new extended-length novella, SENTINEL: A LIGHT MAGE WARS NOVELLA is the prequel to her riveting debut, RENEGADE and a story that will have readers begging for more from this talented author.

Many long-time romance readers will recognize the name Rebecca Hagan Lee and will no doubt be delighted to learn that many of Rebecca's titles are being reissued by Amber House Books.  Rebecca will be blogging with us on Monday, April 21st!

The always entertaining Cathy Maxwell returns to blog with us on Wednesday, April 23rd.  We're loving Cathy's new Brides of Wishmore historical romance series (THE BRIDE SAYS MAYBE was released February 25th) and are also delighted to congratulate her on her recent RITA® nomination for THE DEVIL'S HEART. 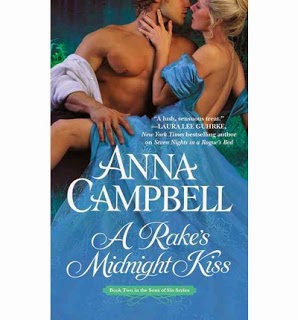 Don't miss Anna Campbell's Second Helpings review on Thursday, April 24th.  This month, Anna is turning her spotlight on Georgette Heyer's LADY OF QUALITY and BATH TANGLE.  We'd also like to take a moment to turn the spotlight on Anna and congratulate her on being named a 2014 RITA® finalist for her wonderful historical romance, A RAKE'S MIDNIGHT KISS!

On Friday, April 25th, we welcome the Robin Bielman blog tour to The Romance Dish.  Robin's new book, WILD ABOUT HER WINGMAN: A SECRET WISHES NOVEL will be released April 14th. The second book in Bielman's Secret Wishes series, HER ACCIDENTAL BOYFRIEND was just named as a finalist for the 2014 RITA® in the Short Contemporary Romance category.

Wrapping up an awesome month here at The Romance Dish will be Amazon and Wall Street Journal bestselling author Terri Osburn who will be blogging with us on Tuesday, April 29th.  The third book in Osburn's heartwarming Anchor Island series, HOME TO STAY will be released May 1st.

See you all in April!