I love Highlander historical romances and those written by Paula Quinn and Sue-Ellen Welfonder are among my favorites.  In The Seduction of Miss Amelia Bell, Quinn introduces us to a new generation of MacGregors and Grants.  I loved the parents' stories and am so excited to now travel the path to happily ever after with their children.   Quinn is off to a wonderful start with Edmund and Amelia's story.  I couldn't put it down! ~PJ 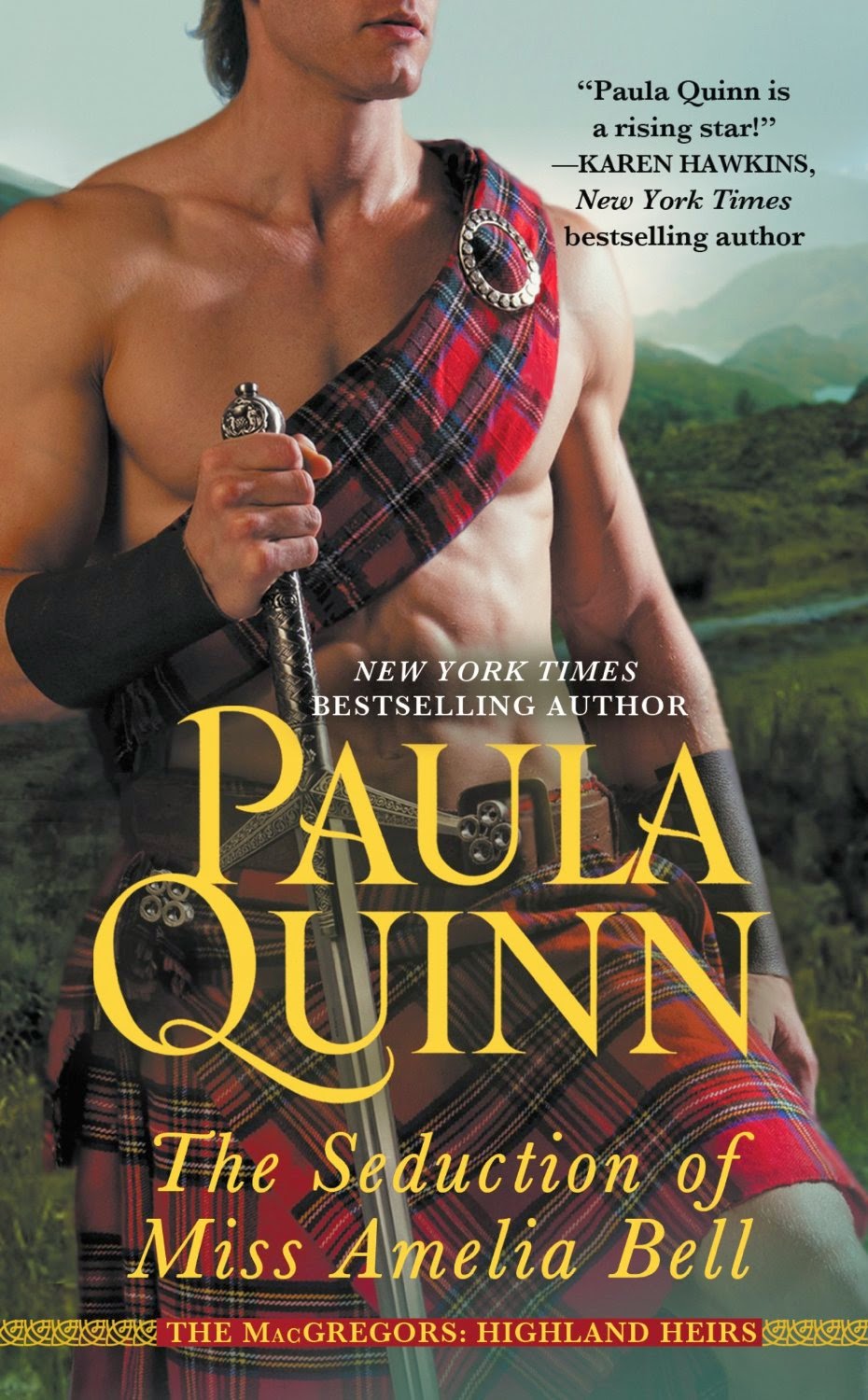 About THE SEDUCTION OF MISS  AMELIA BELL
Edmund MacGregor will do anything to save Scotland from English rule-even kidnap Lady Amelia Bell for ransom. As the daughter of a duke and the chancellor's betrothed, she's the perfect pawn in this game. But from the moment he first lays eyes on his spirited captive, he can't resist stealing a kiss.

Lady Amelia's duty is to marry well, but that hasn't stopped her from fantasizing about true love. So when a sexy Scot appears in her home, she's beguiled. When he kidnaps her, she's furious. Yet as Edmund introduces her to a world of passion beyond her wildest dreams, can she leave her family behind for this handsome Highlander? And will Edmund risk the only true home he's ever known to capture the heart of this lovely lass?
Amazon
B&N
iTunes
Goodreads

About Paula Quinn
New York Times bestselling author Paula Quinn lives in New York with her three beautiful children, three over-protective chihuahuas, and a loud umbrella cockatoo. She loves to read romance and science fiction and has been writing since she was eleven.  She loves all things medieval, but it is her love for Scotland that pulls at her heartstrings.

I haven't read To Love a Highlander yet (it releases April 29th) but just knowing it's part of a series titled "Scandalous Scots" has me counting down the days.  Welfonder is one of my favorite medieval romance authors and many of her Highlanders count among my favorites.  ~PJ 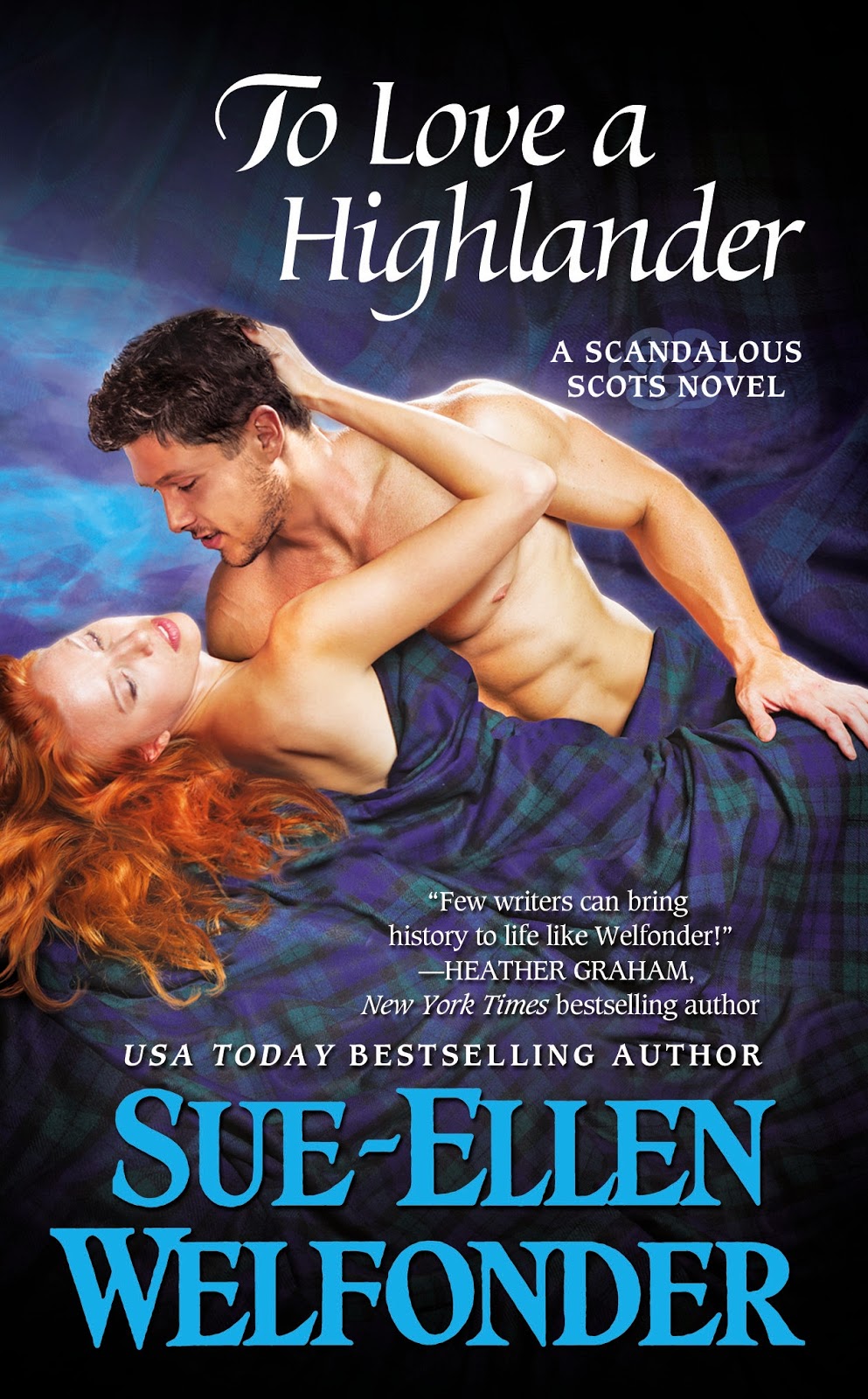 About TO LOVE A HIGHLANDER
As one of the bastards born to the Stirling court, Sorley the Hawk has never known his mother or father. It's a burning quest he has devoted himself to uncovering at any cost. But as a roguish warrior who serves at the pleasure of the King, his prowess-both on the battlefield and in his bedchamber-is legendary. So when a flame-haired Highland lass sneaks into his quarters with a tantalizing proposition, he can't resist taking her up on her offer .

Lady Mirabelle MacLaren will do anything to keep from marrying her odious suitor, even sully her own good name. And who better to despoil her than his sworn enemy, the one they call "Hawk?" As they set about the enjoyable task of ruining her reputation, Hawk and Mirabelle soon learn that rebellion never tasted so sweet.
Amazon
B&N
iTunes
Goodreads

Now a full-time writer, she's quick to admit that she much prefers wielding a pen to pushing tea and coffee. She makes annual visits to Scotland, insisting they are a necessity, as each trip gives her inspiration for new books.

Proud of her own Hebridean ancestry, she belongs to two clan societies: the MacFie Clan Society and the Clan MacAlpine Society. In addition to Scotland, her greatest passions are medieval history, the paranormal, and dogs. She never watches television, loves haggis, and writes at a 450-year-old desk that once stood in a Bavarian castle.

Sue-Ellen is married and currently resides with her husband and Jack Russell terrier in Florida.