I was one of many disappointed fans who mourned when Roxanne St. Claire announced she would be moving her writing focus from sizzling romantic suspense to emotional contemporary stories. After three full-length books and three novellas set on St. Claire's fictional barrier island off the west coast of Florida, I'm disappointed no more.  Instead, I've delightfully devoured each of the Barefoot Bay stories and eagerly anticipate each new offering from one of the most talented authors around.  And, for those of you who enjoy that St. Claire sizzle, not to worry.  There's plenty of that to enjoy in these new, heartwarming stories as well.

Bridging the gap between her full-length trilogies, St. Claire has brought three sexy billionaire heroes to Barefoot Bay, telling their stories in novellas (125-145 pages) that will have readers begging for more of the same.  At least, it has this reader begging for more! :) 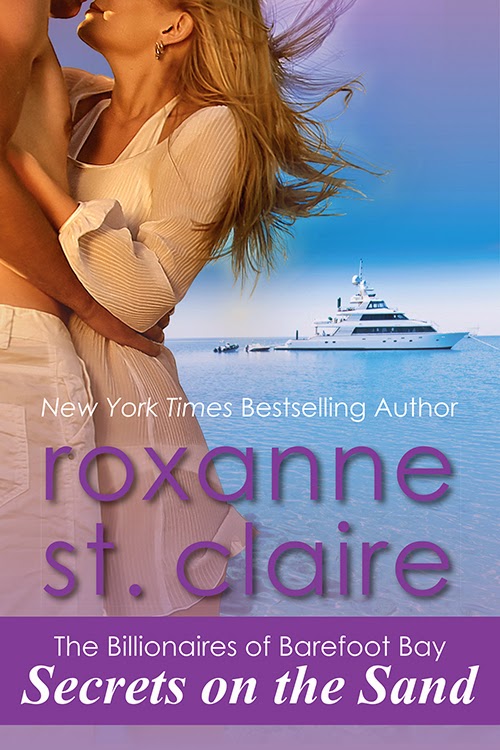 SECRETS ON THE SAND kicks off the Barefoot Bay Billionaires novella trilogy with a story of second chances.  Though they were classmates in high school, Zeke Nicholas and Mandy Mitchell may as well have lived on separate planets.  Nerdy Zeke didn't stand a chance with his gorgeous and popular high school crush, Mandy.  Ten years later, roles have been reversed.  While Zeke's extraordinary math skills have led him to a successful business career and a billionaire bank account, Mandy's life has taken an opposite turn as evidenced by the fact that she is now the maid tasked with cleaning Zeke's cottage at the exclusive Barefoot Bay resort.  Will a second chance give these two the happy ending they deserve or will a secret from Mandy's unhappy past tear them apart forever?  I was cheering for these two the entire way.  Zeke, especially, is a total sweetheart.  If Mandy didn't take him, I was ready to hop a plane for Barefoot Bay and claim him for myself! 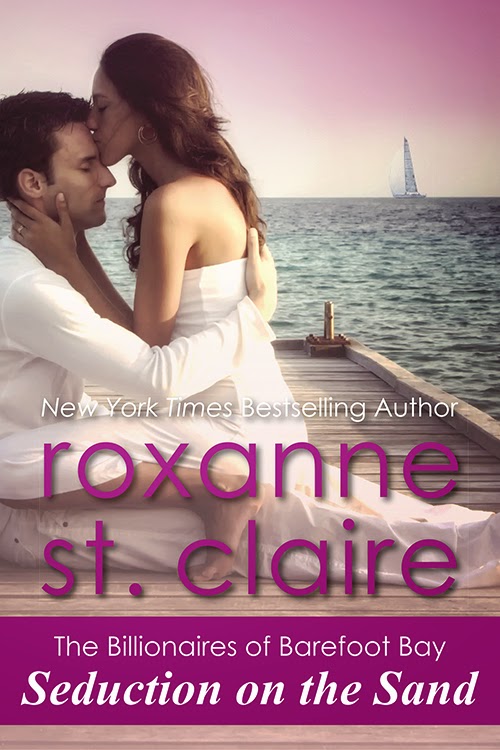 SEDUCTION ON THE SAND brings us the story of billionaire real estate mogul Elliott Becker and Barefoot Bay goat farmer Frankie Cardinale.  When Frankie inherits her grandfather's goat farm on Barefoot Bay, she leaves her high powered job and takes up residence on the secluded piece of land where she spent the happiest days of her childhood.  Everything comes easy to charming Elliott Becker and he has no reason to expect anything different when he shows up on Barefoot Bay to buy a goat farm that's sitting on land he and his partners need for their proposed baseball stadium.  He'll have Frank Cardinale handing over his land in short order.  Except Frank turns out to be Frankie, a sexy Italian spitfire who fires up Elliott in more ways than one.  Elliott has finally met his match but, whoa mama, is she going to make him work for his happy ending - an ending he didn't even know he wanted...or needed. 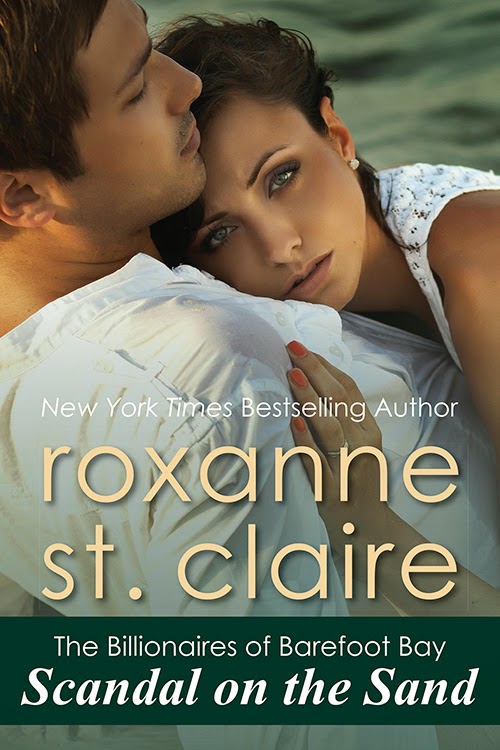 SCANDAL ON THE SAND:  A member of American "royalty," Nathaniel Ivory has done his best in the past to live up to his notorious reputation but he's making a concerted effort to change.  He's given up the wild parties and one night stands and, along with his billionaire buddies, is concentrating his efforts on bringing a baseball team to Barefoot Bay.  But while Nate is trying his best to turn over a new leaf, scandal just can't help but find him - this time in the form of no-nonsense court clerk, Liza Lemanski.  Liza has been raising the son of her friend since that friend's death in a car accident and wants to adopt him.  She only needs to inform the child's father - Nathaniel Ivory - of the child's existence and get him to sign papers that release him from all parental rights. She's sure "Naughty Nate" will be only too happy to make the "problem" of an illegitimate child go away.  Things don't quite go according to plan.  Nate has grave doubts that the child is his; he doesn't even remember meeting the child's mother.  But then he meets Dylan...and gets to know Liza.  And as he and Liza work together to unravel the mystery of Dylan's mother's story and whether or not Nate actually is the boy's father, for the first time in his life, Nate discovers something he's willing to fight for:  a young boy who needs him and a woman he can't life without.  I do love a bad boy trying to reform and St. Claire has created a great one in Nate.  I loved his interactions with the prickly but determined Liza and was cheering for the two of them the entire way.


All three Barefoot Bay Billionaires novellas are available individually in e-book format and now available in a print boxed set.  The first story, SECRETS ON THE SAND, is currently FREE for download to your Kindle.

Because I enjoyed these stories so much, I'm giving a Kindle format set of the three novellas to one person leaving a comment on today's post.

Email ThisBlogThis!Share to TwitterShare to FacebookShare to Pinterest
Labels: Barefoot Bay, Contemporary Romance, Giveaway, Roxanne St. Claire, Scandal on the Sand, Secrets on the Sand, Seduction on the Sand, Spotlight