Review - - It Takes a Scandal 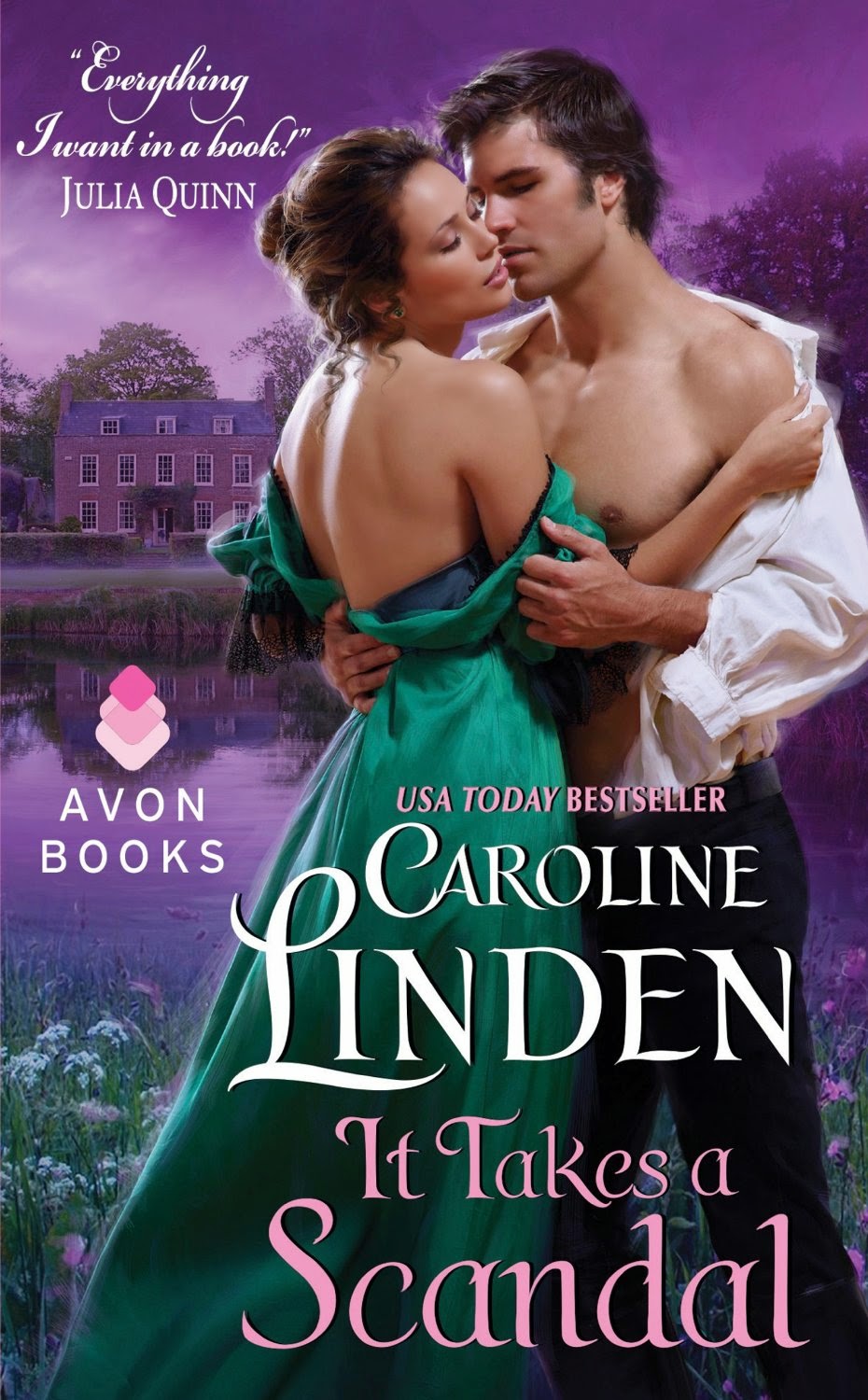 Short review: This is a must-read, do not pass go, do not collect $200 (unless you’re taking it to buy books at Amazon. In which case, this is one of the ones you need to buy).

Long review: For those of you who need a longer persuasion, let me start with the first reason I loved Caroline Linden’s IT TAKES A SCANDAL. Sebastian Vane is a nobody. Boy ain’t got a title; he’s a minute away from the poor house because he’s under his dead father’s crippling debt; and he’s got a bum leg from going off to war. I love these kinds of men. Now grant you, I understand why heroes should have the title, the wealth, the prestige, the reputation—it’s power. Women love powerful men. But Sebastian doesn’t really meet these “requirements”, so right off the bat, I like this fellow. He has to show his power in other ways.

As if the lack of title and monetary funds aren’t enough, he also gets to carry around the reputation of coming from a mad family (father was mad as a hatter) and violence because his father disappeared several years ago and no one has seen him since; therefore, Sebastian must have killed him. The cherry on the sundae is that he’s also a thief because he’s the suspect in stealing 4000 guineas from his arch-enemy across the river, the asshat who bought the family’s land from Sebastian’s mad father for a mere 50 pounds and wouldn’t sell it back. The boy has problems, most of them made up by other people and propagated until he has taken to hiding in his house just to avoid interactions with these jerks. He is not anyone’s idea of a good match for any woman of marriageable means. He is a bit grumpy—which is possibly the most alpha thing about him.

Our intrepid heroine is Abigail Weston. She comes from mushrooms. Well, you know how it is back then—all your money had to be 8 generations old and you never talked about the trade you used to be in, that sort of thing. Nope, Mr. Weston is filthy stinking rich and he will go to any lengths to give his daughter the best chance of finding suitable (read: titled) husbands by buying a house 10 miles out of London. Country houses bring suitors swarming, you know. Mr. Weston is amiable and fun-loving and wants his daughters to be happy; Mrs. Weston very much would prefer their happiness come with titles. Abigail, upon meeting Sebastian, prefers shabby chic gentlemen with no titles whatsoever.

Meanwhile Sebastian’s land and Abby’s share a forest, a lovely place to amble around in. They end up meeting each other frequently in the woods to walk, talk, and become good friends. Sebastian entertains the thought of more than friends, but what could he offer? Nothing. Then as you do with friends you walk in the woods with, he kisses her and things become even more complicated and murky. But Abby stands up for herself, what she does and does not deserve, and proceeds to tell him and everyone else just what that is.

Then a lot of things happen at once. Sebastian is called to town because his uncle dies, but he’ll be back in 8 days; and of course the first day he’s gone, the eligible titled earl next door, handsome and charming, comes over and falls head over heels for Abby who keeps trying to keep him at bay long enough for Sebastian to return. Though Sebastian doesn’t write. And they didn’t (and by they, I mean he) promise anything. So she’s torn. She loves Sebastian, but if he doesn’t love her or want her, she can’t toss an earl aside either. Delicate business, juggling suitors.

Did I mention the handsome, eligible, charming earl is the son of the guy who basically stole Sebastian’s ancestral land for 50 pounds? Oh, and that the son and Sebastian used to be best friends until they had a falling out? Yes. Good times.

So Sebastian returns—and you’re thinking, hey, it’s going to turn out, right? No. There’s more “You can’t marry my daughter, you’re completely unworthy!” and on and on. But it all turns out in the end. How? It’s a mystery. That’s why you should read it.

The dialogue sizzles; the tension is sparkling between them (you believe these characters are well suited for each other); and the mystery, well, I was very pleasantly surprised and happy how all that turned out. I think you will be too.