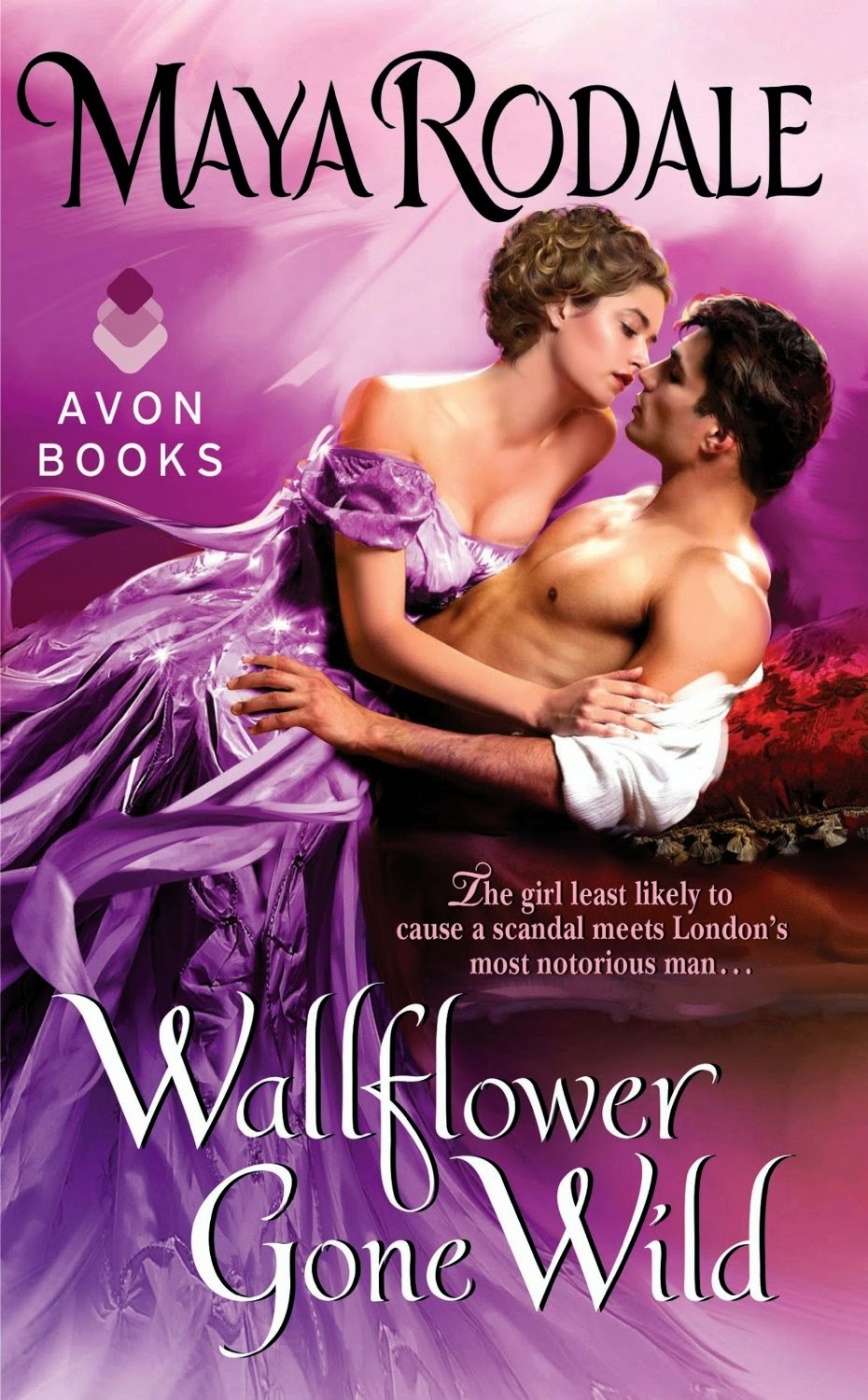 All she wanted was to fall in love and get married but with her unfortunate nicknames of "Prissy Missy" and "London's Least Likely to Cause a Scandal" plus her overbearing mother dogging her through the ballrooms of London, it looks like Lady Olivia Archer's fourth season won't be bringing her any closer to her goal than her first. And now her parents have tired of waiting on her and have betrothed her to a man who terrifies her: Phinneas Cole, known as the Mad Baron, a man believed by all of society to have murdered both his first wife and his brother. True, he's handsome and there was a mutual fascination when Olivia encountered him at a ball but that was before she knew who he was and what he had done.  At Lady Penelope's Finishing School for Young Ladies of Fine Families, Olivia and her friends were told that if they followed The Rules they would find husbands and happy marriages. Since that's not happening maybe it's time to change the rules.

Phinneas Cole has come to London for two reasons: to complete the Difference Engine (an early type of computer) he's building in time for the Great Exhibition and find a sweet, biddable wife who will leave him in peace to continue his scientific endeavors.  He thinks he's found her when he encounters Lady Olivia Archer at a ball.  She's quiet, refined and elegant; the opposite of his late wife and exactly what he needs.  No need to waste time.  He contacts her father and Olivia is presented with a fait accompli.  But once engaged, the sweet, quiet woman disappears, to be replaced by a wallflower gone wild, flaunting the rules at every turn.

Olivia believes the rumors about Phinn and is determined to cause enough havoc to cause him to break the betrothal.  Phinn had enough drama in his first marriage to last a lifetime but the more mischief Olivia causes, the more fascinated he becomes.  He sets out to woo her though he's woefully inept at it and unfortunately the advice he receives from his well-meaning but clueless friend only reinforces Olivia's beliefs about him. But Phinn is determined and slowly Olivia comes to realize there's more to the man than meets the eye...if only there wasn't that pesky murder rumor in his past.

I really enjoyed this book.  Rodale has created characters that are complex, engaging and just plain fun. It was delightful to watch Olivia blossom as her betrothal rebellion slowly changes her from a quiet young woman who wouldn't dream of breaking her mother's or society's rules into a confident, strong woman who has learned to make rules of her own.  Phinn is a hero I'd take home any day. I adored him and while his efforts to woo Olivia often went off course, he finally got it right for a happy, sigh-worthy ending.

Wallflower Gone Wild is the second book in Rodale's London's Least Likely series. It reads well as a stand-alone although the primary couple from the first book, The Wicked Wallflower drop enough hints about their own journey that, like me, you'll probably want to start reading their story as soon as you turn the final page of Wallflower Gone Wild.  I'm now counting down the days until the release of the third book in this series.  What a Wallflower Wants will hit the shelves in September.

Do you enjoy wallflower heroines?  How about nerdy heroes? Do you like to see them grow into strong, confident characters or do you prefer that they remain true to their roots?  Or can they be both? With the help of her friends, Olivia dreams up some crazy schemes in her attempts to convince Phinn to break their engagement.  If you were a wallflower gone wild in Regency England, how would you break the rules?

I have a print copy of Wallflower Gone Wild for one lucky person who leaves a comment today.
(U.S. and Canadian addresses only)