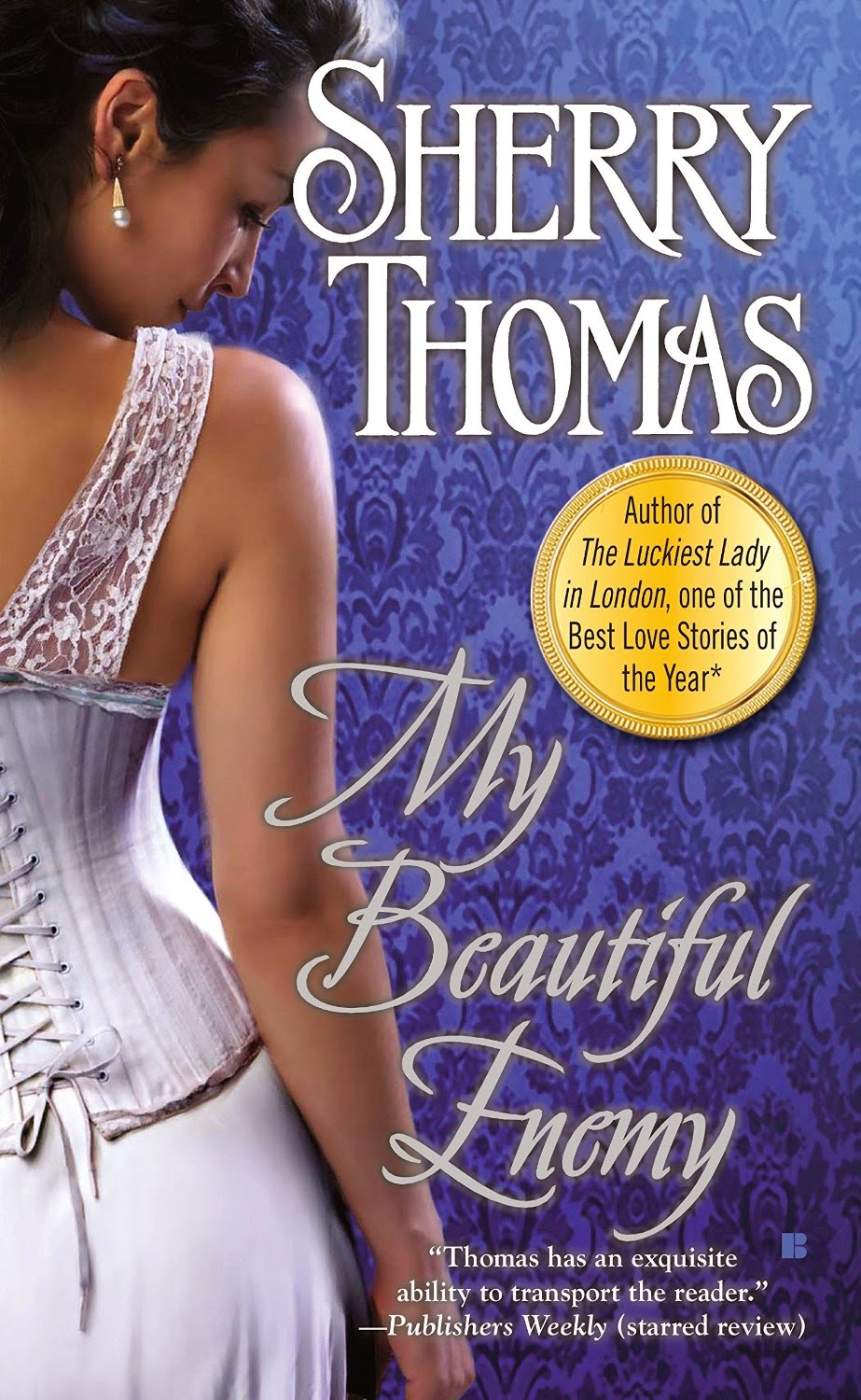 Daughter of a Chinese courtesan and an Englishman who dies before his daughter is born, Catherine Blade grows up in China as Ying-ying, loved and sheltered but knowing that she is not the daughter her beautiful, graceful mother wants her to be. After her mother’s death, she and her amah are given quarters in the household of her mother’s protector, a powerful and distant figure whom Ying-ying addresses as Da-ren, or “great personage.” Anchored by her amah, who trains her in martial arts, and an Englishman hired to tutor De-ran’s sons, who teaches her English and tells her about the land of her father, Ying-ying is devastated when both her mentors are killed the same night. The events of that night also make it necessary for Ying-ying to disguise herself as a male and adopt the life of a vagabond, trying always to elude the enemy who wants to destroy her.

On her journey, Ying-ying meets a man known to her only by the name she assigns him, the Persian. The two travel together, gradually learning more about each other while at the same time maintaining their secrets. After the Persian saves Ying-ying from bandits, he confesses that he has known from the beginning that she is female. The two become lovers, but just as Ying-ying begins to believe she has found someone who will never leave her, they separately discover facts about one another’s allegiances and part.

Eight years later, Ying-ying in her English identity as Catherine Blade arrives in England on a mission. Her reform-minded stepfather is in need of funds and has charged her with locating a pair of legendary jade tablets that reveal the location of great treasure hidden long ago by Buddhist monks. One of the first people she meets in England is Captain Leighton Atwood, her Persian whom she thought was dead. The connection between the two of them is as potent as ever and the relationship as complicated. Leighton, having finally given up on finding the girl from Chinese Turkestan, has acquired a fiancée, but neither Ying-ying’s treachery, his loyalty to his fiancée, nor his patriotism is enough to interfere with his desire to protect Catherine. Danger and betrayal threaten Catherine at every turn. It will take the combined strength and skill of Catherine and Leighton to defeat their enemies, known and unknown, and a willingness to trust one another to finally achieve their HEA.

Sherry Thomas gives readers an adventure-packed novel that interweaves a cross-cultural romance and a tale of political intrigue and danger. The story alternates between Chinese Turkestan in 1883 and England in 1891. In an interview with Madeline Hunter that appeared in USAToday’s Happily Ever After, Thomas said, “And all you need to know about My Beautiful Enemy is that it is Crouching Tiger, Hidden Dragon meets Downton Abbey.” That description gives readers a sense of the book, but no description or summary can do justice to its complexity and emotional power.

With some authors who set stories in alternating times, I quickly grow confused and frustrated, but Thomas deftly juxtaposes past and present with clarity and grace.  There was never a moment in this novel when I was confused about the action and never a moment when I was not eagerly awaiting the next scene. “Kick-ass heroine” has become a cliché of the genre, but in the case of Catherine, it is literally accurate. However, Catherine is much more than a deadly practitioner of the martial arts. Her strength of character equals her physical strength, and yet she also has vulnerabilities. Leighton too is a survivor, one with a nurturer’s heart and a keen intelligence, a combination sure to leave readers sighing.

As always with Sherry Thomas, one of the joys of reading her novel is the prose. Whether it is in the humor of a sentence such as “The interlocking gears of a wedding, like those of a war machine, ground on inexorably” or the poignancy of a sentence stunning in its simplicity (“And then the silence became that of his absence, a silence that she had come to know all too well), each line is crafted with precision and elegance. And the first love scene could serve as a textbook to teach how to use the details of such a scene to reveal the characters and their unique relationship. “He caressed her as if the night were infinite, and every square inch of her skin deserved its own hour of worship” is a sentence specific to the experience of these particular lovers.

My Beautiful Enemy is different—different from Thomas’s earlier romance fiction and different from other romance novels—but it has the richly layered characters, the compelling story, and the distinctive voice that readers expect from this author. Thomas has written a prequel “The Hidden Blade” that gives the backstory of Ying-ying and Leighton. Although it is not necessary to read the prequel to appreciate My Beautiful Enemy, doing so will make reading the novel a richer experience. I give both my highest recommendation.