Review - - What I Love About You

What I Love About You
By Rachel Gibson
Publisher: Avon
Release Date: August 26, 2014 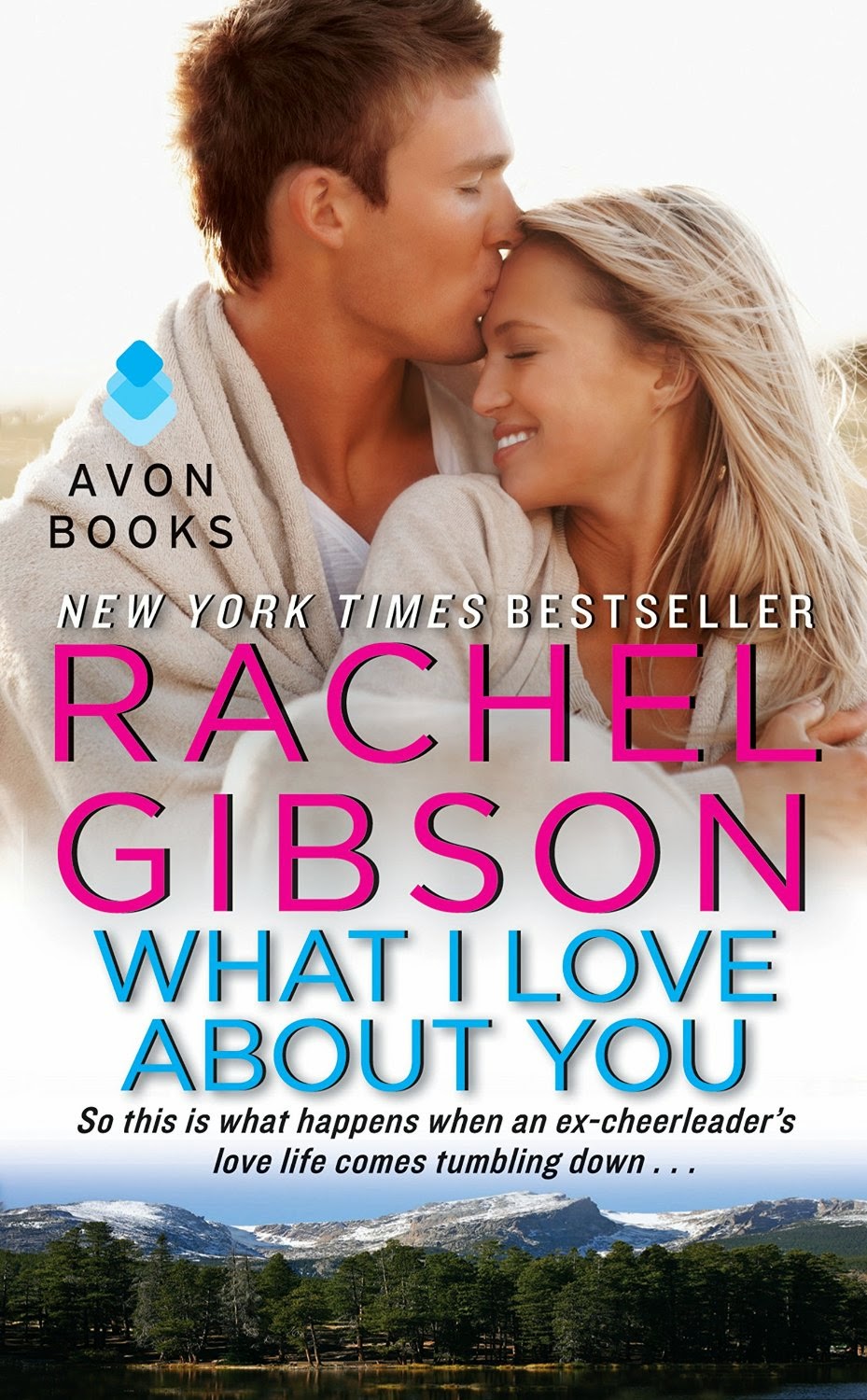 Blake Junger, former Navy SEAL and identical twin brother of Beau Junger (Run to You), has bought a 4,000-square-foot house in Truly, Idaho, that promises a tax write-off and the solitude he needs to battle Johnnie Walker, the toughest fight he’s faced even with his twenty-year history as a member of the Navy’s elite special operations force. Alcohol used to be just a way to relax between war zone assignments, but as a civilian—and one in denial about his PTSD episodes—Blake had become dependent on the booze to help him cope. Brother Beau escorted him to rehab, and Blake is thankful to be sixty-two days into sobriety. But the only thing he bought in the program that the rehab doctors and counselors were selling is that alcohol is an enemy that will kill him. Blake is not convinced that he needs to avoid alcohol, to join a twelve-step program, or to attend daily meetings. Winning is in his DNA, and he believes he can win this battle too, win it alone and on his terms. He is on the verge of heeding Johnnie Walker’s seductive call when his solitude is invaded by a five-year-old, ponytailed blonde who insists that she is a “weally fast hoss” named Bow Tie. She is not at all intimidated by Blake, and she does not hesitate to call him on his foul mouth. Before he knows what is happening, Blake finds himself going timeshares with a puppy and entertaining lustful thoughts about the mother of the horse named Bow Tie, aka Charlotte Elizabeth Cooper.

Natalie Cooper, former cheerleader and former homecoming queen, was once half of Truly’s most celebrated couple, a royal pair who were expected to have a life crowned with success and happiness. Instead her husband embezzled money from people who trusted him and planned on abandoning Natalie, finally pregnant after ten years of marriage, and fleeing the country with another woman. Before he could execute his plan, he was arrested and sent to prison. Now divorced, Natalie is a single mother who owns a photography studio and is focused on ensuring that the irrepressible Charlotte is safe and happy. She has no time for her arrogant, expletive-spewing neighbor, no matter how sexy she finds the rough-edged warrior.

The more Blake and Natalie determine to avoid one another, the more fate conspires to throw them together. With each meeting, the sexual tension ratchets higher. Of course, resistance is futile, but Blake is terrified when he finds himself falling in love with Natalie and her daughter. No matter how great the sex is between him and Natalie, he is not a guy who makes commitments. Heartbreak seems more likely than an HEA.

What I Love About You is a typical Rachel Gibson book with wounded characters, lots of amusing dialogue, and a high sizzle factor. Blake’s battle with alcohol is real, and it is complicated even further by his personal history and a lifetime of believing he cannot allow himself to be vulnerable. Natalie, who believed in her husband until the facts slapped her into reality, is understandably wary of men. Her life is further complicated by her ex’s release from prison. He is apparently a reformed man, intent on reclaiming his family.

I really enjoyed Run to You and looked forward to Blake’s story. There is much to like about this novel. Blake is sometimes an alpha jerk, but even in his worst moments, he evokes a certain sympathy. Natalie’s combination of strength and vulnerability allows her easily to win readers’ hearts. Charlotte and the puppy are delightful, as is Natalie’s best friend Lilah. Long-time Gibson fans will be pleased that not only do Blake’s twin Beau and his Stella show up in Truly but Sadie Hollowell and Vince Haven (Rescue Me) and the Allegrezas (Truly Madly Yours) and the Hennesseys (Tangled Up in You) also make brief appearances.

Some of these references are a bit like catching inside jokes. For example, the Allegrezas are the former owners of the house Blake buys, something that will pass unnoticed by readers unfamiliar with the earlier Truly books. I should also point out to those who depend on series list to read books in order that even though What I Love About You directly follows Rescue Me, Blake’s story is listed in the Truly, Idaho series while Beau’s story is in the Lovett, Texas series.

If you have enjoyed Gibson’s other books or if you like your romance fiction with a high sensuality quotient and commitment-phobic heroes, I think you will like this book. Other readers may find themselves wishing for less sizzle and more scenes with the characters working out their problems.

Email ThisBlogThis!Share to TwitterShare to FacebookShare to Pinterest
Labels: 4 Star Review, Contemporary Romance, Janga, Rachel Gibson, What I Love About You