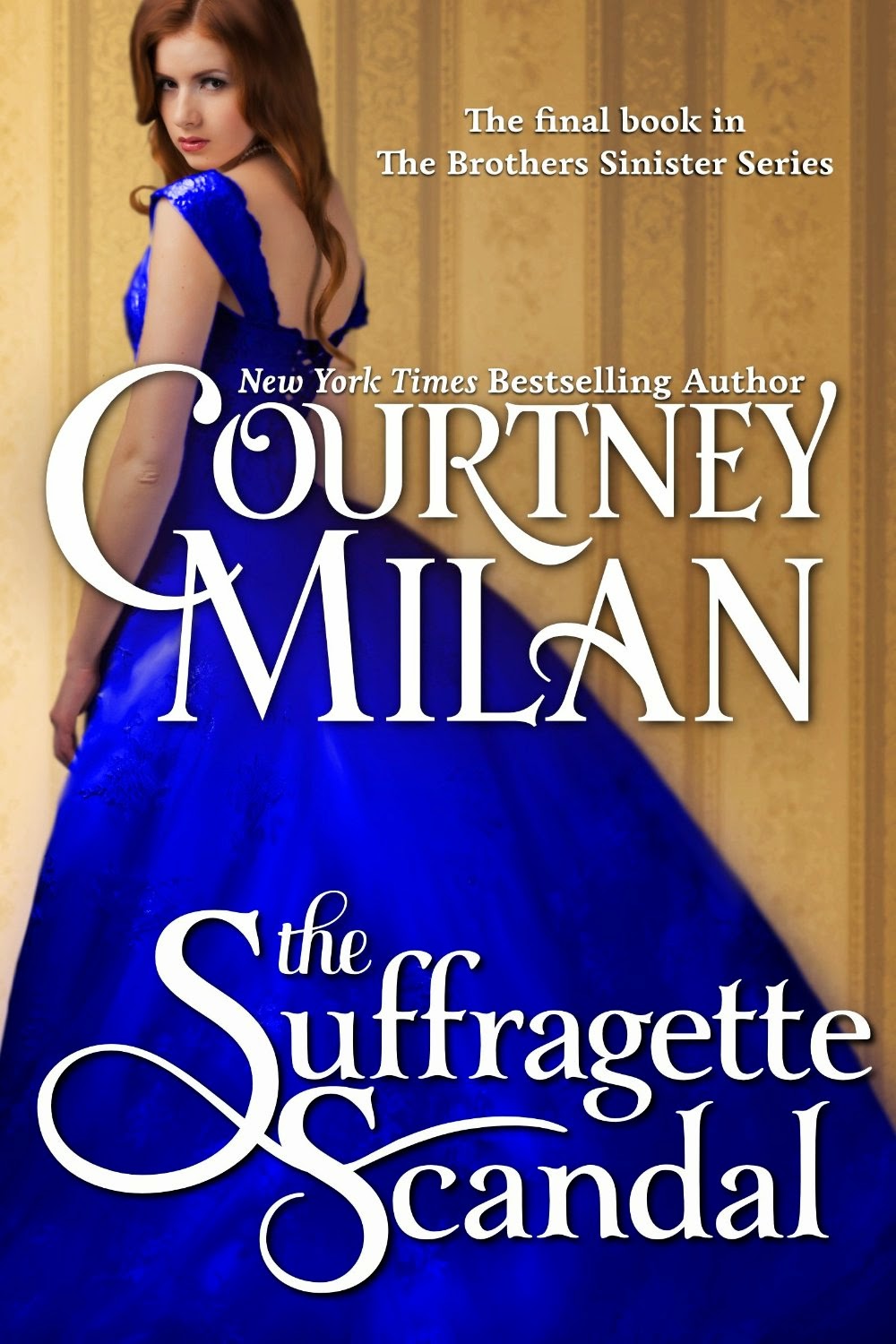 I have been looking forward to The Suffragette Scandal ever since the heroine, Frederica “Free” Marshall, made her first appearance in The Heiress Effect. She was bold, fearless, unstoppable, and a total scene stealer. In the ten years since The Heiress Effect, we see that Free has indeed taken the world by storm, just as she promised she would. She is the editor and founder of the Woman’s Free Press, a newspaper for women, by women, that advocates for suffrage and equality for women. Naturally, given the radical stances she takes, Free has made many enemies, especially among the privileged and entrenched elite. When outside forces threaten everything she holds dear, including those closest to her, she realizes she needs help, perhaps from someone who doesn’t play by the rules.

Enter Edward Clark. From the beginning, we see that while his interests might align with Free’s, he has an agenda, and is not all he claims to be. He has a score to settle with his family, and sees teaming up with Free as a two-birds-with-one-stone win-win scenario. However, underneath his jaded and cynical exterior, Edward is a good man, even though he believes himself beyond redemption and hope because of the dark deeds in his past. Edward’s journey towards making peace with his past, and accepting the love and understanding of those who matter most to him, is one of my favorite parts of the book.

I loved the relationship between Edward and Free. There is witty banter, sexy escapades, and rampant chemistry. flew from the moment they met. I appreciated that from the beginning, Edward saw Free for who she was-a force to be reckoned with who was more than capable of holding her own, and his equal in intellect, daring, and in every way that matters. In fact, it is because of these qualities, not despite them, that Edward is so drawn to her. Edward may want to protect Free from harm and shield her, but he never once looks down on her, or puts her on a pedestal as some sort of pure womanly paragon of grace and virtue. He sees her and understands her as she is, which is wonderful. What I love about ’s books is how she takes two characters with flaws and baggage, and shows how they’re imperfectly perfect for each other.

As for Free, I really enjoyed the inherent contradictions in her character that so expertly lays out for us. Yes, she is fierce and in many ways a hardened realist. Free experiences first hand the horrible treatment women who “don’t know their place” suffer.  I admire her strength, determination, ambition, and drive tremendously. But she, like anyone else, has moments of doubt, insecurity, and vulnerability. In other words, she’s HUMAN. The scene when she goes to see the Duke Clermont is one of my favorites for that very reason. However, at the end of the day, Free is a romantic and idealist. She believes in making the world a better place, and that every voice matters. She dreams of a world where women are treated equally and with respect, and does her part to make that happen, even when it feels like she’s emptying the with a thimble. Imagine that.

I also must give kudos to for the meticulous research she did in regards to the suffrage movement in . This book is a wonderful tribute to our foremothers and all of the hard work they did to fight for suffrage and equality. Sadly, the rights they shed blood, sweat, and tears to gain are too often taken for granted today. rightly honors their contributions and reminds us that while we have come a long way, we should always remember those who came before us and continue the work they did, even when it seems endless and insurmountable.

The Suffragette Scandal also features a lovely secondary romance for Lady Amanda Ellisford. Amanda, Violet’s niece from The Countess Conspiracy, finds love even though she never expected to. I also loved catching up with the previous couples in the series, especially the scene in the archive room at the end.

I will close by saying I absolutely loved The Suffragette Scandal, and can’t recommend it highly enough. Courtney Milan has written another winner. The writing is superb, the plot and characters engrossing, and romance is as touching, unique, and fun.  Next up is Talk Sweetly To Me, featuring Stephen Shaughnessy (who we meet in this book), and Rose Sweetly. I, for one, can’t wait! I’m also going to include this picture. (Read the book-it’ll make sense then, promise!) 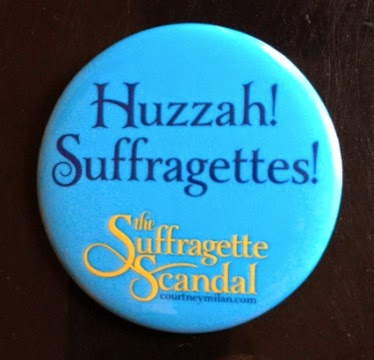