Camden Rothermere, Duke of Sedgemoor has spent most of his life trying to overcome the scandals caused by his late parents, most particularly the scandal of his birth.  His parents, by all accounts, married for love and it's the love and passion of that union that Cam holds responsible for the betrayal and scandal that followed.  Deciding early on to hold himself apart from fiery emotion, Cam becomes a pattern card of propriety and decides passion and, most importantly, love will have no place in his life.  This leads him to the decision to propose marriage to Penelope Thorne, his neighbor and younger sister of his best friend, a nineteen year old girl he's known since birth. True, Pen has always had the rebellious Thorne nature and tendency to get herself into scrapes but she's young. He can teach her how to be a proper duchess.  (poor deluded man actually tells her that) Most importantly, he knows these things to be true: he likes her but she's unlikely to ever drive him mad with desire, she knows him and won't expect more than he's willing to give, unlike his mother, she will never be the type of woman who makes men stupid with her beauty and innate sensuality, she will never fall in love with him nor demand his love in return and she will happily jump at the chance to be a duchess.  He's wrong on all counts.

For the past nine years, Penelope Thorne has traveled the continent with her aunt and done her best to put Camden Rothermere and his failed marriage proposal behind her.  It's not that she didn't love Cam; in fact, she loved him too much which was why she refused to saddle him with her family's scandals and refused to subject herself to the misery of a lifetime with a man who could never love her. So when Cam fulfills her brother's dying wish to track Pen down in Italy and escort her home to England...well, let's just say that Pen's welcome is not exactly warm and fuzzy.

In order to avoid scandal, Cam and Pen pose as a married couple as they journey across the continent on their way to England.  The desire between them simmers under the surface but the problems of a decade earlier have not changed and new obstacles stand in their way.  Pen still refuses to marry for less than love and Cam has his heart tightly under lock and key but while crossing the English Channel, fate decides to take charge. When circumstances beyond their control force an unwanted decision upon them will Cam open his heart at last or will they be consigned to a life of misery?

I have thoroughly enjoyed each of the books in Anna Campbell's Sons of Sin historical romance series but this one, I think, is my favorite. After all, it is the book that kept me awake past 2:00 am when I had to get up early the next morning. Once I began reading, it simply refused to let go.

While the characters of this series may not be as dark and tormented as those in her previous books, they are no less complex. Campbell excels in bringing a depth of character to Pen and Cam that drew me into their story and held me in thrall from beginning to end. There are so many layers to their relationship and their journeys, both individually and as a couple. There is more to each of them than what they show to the world and Campbell expertly guides them on a journey of discovery and acceptance, of one another as well as of themselves.  Their road is not an easy one but, ultimately, it's the potholes and obstacles along the way that bring the characters - and reader - to a soul-satisfying conclusion.

Fans of the series will enjoy the inclusion of main characters from the previous books but readers new to the series will be able to start with What a Duke Dares without feeling lost.  Campbell has assembled a secondary cast that enriches the story and helps to move the plot forward, including a secondary romance between Pen's younger brother and the younger sister of the Marquess of Leath (fans will remember him from A Rake's Midnight Kiss).  There were times when I felt this secondary romance detracted from Pen and Cam's story a bit but, in the end, it served a very important purpose in their relationship.  I don't know if Campbell has anything planned for Leath but I'd like to put my request in now.  After a pivotal scene near the end of the book, I'm hopeful he will get his own story. The man needs redemption!

I highly recommend What a Duke Dares!


Do you enjoy seeing a by-the-book hero brought to his knees by a strong, independent heroine?

Do you like books that redeem less than honorable heroes from previous books?  Any favorites?

Are you reading Anna Campbell's Sons of Sin series?

In her bio, Anna says she love to travel, especially in the UK.  Where would you like to travel?

Don't forget to enter the Blog Tour Rafflecopter Giveaway below. 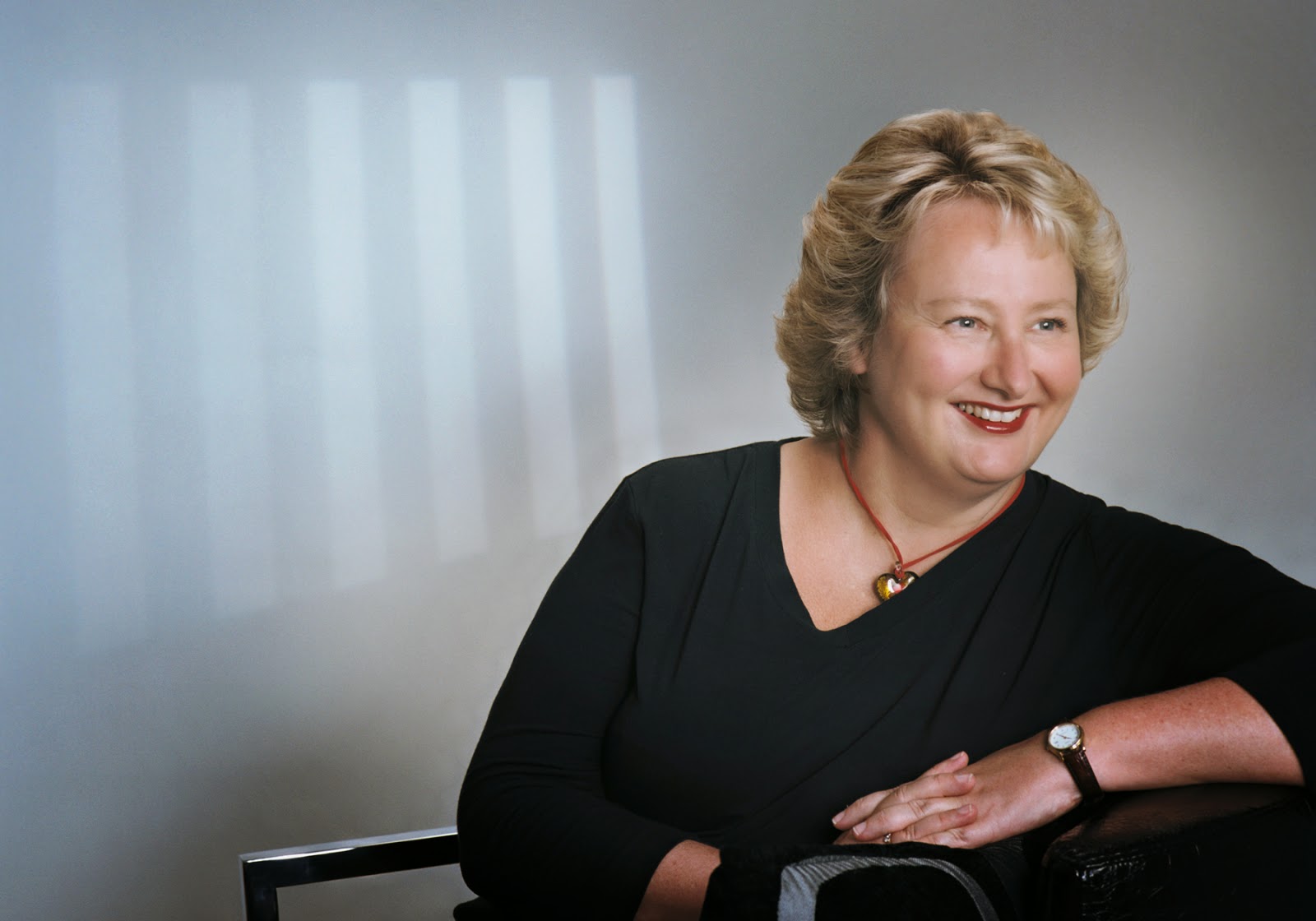 Always a voracious reader, ANNA CAMPBELL decided when she was a child that she wanted to be a writer. Once she discovered the wonderful world of romance novels, she knew exactly what she wanted to write. Anna has won numerous awards for her Avon historical romances including Romantic TimesReviewers Choice, the Booksellers Best, the Golden Quill, the Heart of Excellence, the Aspen Gold and the Australian Romance Readers Association's most popular historical romance (twice). Her books have twice been nominated for Romance Writers of America's prestigious RITA Award and twice for Australia's Romantic Book of the Year.

When she's not writing passionate, intense stories featuring gorgeous Regency heroes and the women who are their destiny, Anna loves to travel, especially in the United Kingdom, and listen to all kinds of music. She lives near the sea on the east coast of Australia, where she's losing her battle with an overgrown subtropical garden.
Facebook
Twitter
Website 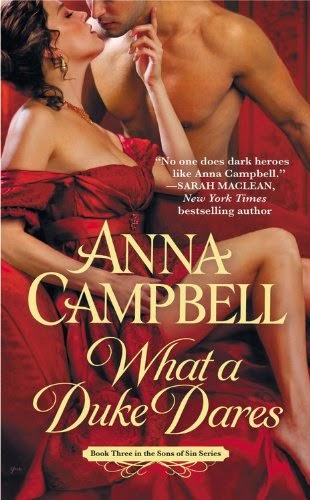 What woman in her right mind would say no to marrying the dashing Duke of Sedgemoor? Miss Penelope Thorne, that's who. She's known Camden Rothermere since they were children-and she also knows she'd bring nothing but scandal to his name.

Cam can hardly believe Penelope turned down his proposal. But if she wants to run off to the Continent and set the rumor mill ablaze, he can't stop her. Then her brother's dying request sends him to bring home the one woman he thought he'd finally gotten over.

The only way they'll both get back to London without their reputations in tatters is to pretend they're married during the journey. That means kissing like they mean it and even sharing a bed-until it becomes hard to tell where the game ends and true desire begins . . .
Amazon
B&N
BAM!
iBooks
Goodread