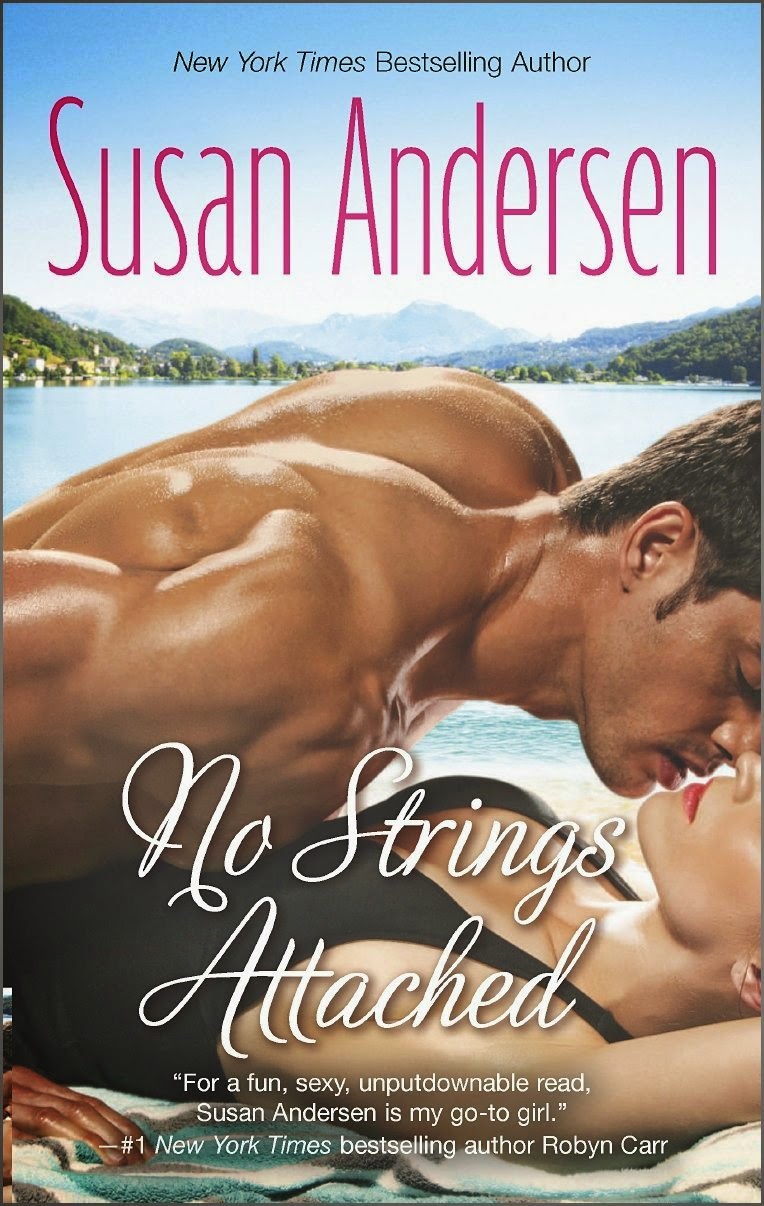 Seven years ago, twenty-two-year-old Tasha Riordan was on a rare vacation in the Bahamas when, the day before she was scheduled to fly back home to Razor Bay, Washington, she met Diego, a hunk hot enough to melt any reservations the usually pragmatic Tasha may have had about a fling with a guy whose last name is unknown to her. Their one night together was so spectacular that Tasha agrees when Diego asks her to stay so that they can have one more night together. But Diego leaves for a meeting with his boss and never returns. Instead the police show up, and when a search of the room reveals illegal drugs, Tasha spends two nights in a Bahamian jail. The experience rates among the worst of Tasha’s life and leaves her wary of good-looking men who make promises. When Tasha arrives late at a farewell party for the mother of her friend Harper Summerville, she gets the second greatest shock of her life: Diego is one of the party guests.

DEA agent Luc Bradshaw is in Razor Bay to meet his two half-brothers, Jake and Max. He can’t believe his eyes when Tasha walks in. He has never forgotten their time together, and he is perplexed when she responds to his smile with a drop-dead look and makes an excuse to leave the party. Although he tells her that he was deep undercover on a DEA assignment and was rushed off the island by his superiors who had reason to believe his life was in danger and explains that he never knew about her arrest, Tasha refuses to believe him. What’s a guy to do when the woman who has haunted him for years persists in believing he is a rat bastard who ranks lower than a worm’s eyelashes?

Between Luc’s having sublet an apartment that Tasha owns and the fact that he is spending as much time as possible with his brothers, who are spending as much time as possible with their significant others, Tasha’s best friends Jenny Salazar and Harper Summerville, Tasha cannot avoid Luc. It doesn’t help that her attraction to him is undiminished. Luc may be irresistible, but Tasha will do everything she can to see that this time she does not lose her head or her heart.

One of the reasons I’m a huge fan of romance fiction is that I am interested in relationship stories, and I count on Susan Andersen to give me a story that satisfies that interest. In No Strings Attached, Andersen gives her readers a look at many relationships in addition to the central romantic relationship. There are the relationships among the three Bradshaw brothers; the friendship Tasha shares with Jenny, her best friend since high school, and, to a lesser degree, with Harper; and Tasha’s relationship with her employees at Bella T’s. All of these add to the reader’s engagement with the story, and the romance has more substance and credibility because Tasha and Luc have all these other connections in their lives. Also, Andersen always provides plenty of sizzle for readers who want heat with their romances.

I confess that I grew irritated with Tasha’s stubbornness. Her anger over the past is understandable, and certainly jail time would have been traumatic for a young and inexperienced girl. But her refusal to accept evidence and her vacillation about her feelings for Luc grew tedious. It is this factor that kept me from enjoying the third Razor Bay novel as much as I enjoyed That Thing Called Love and Some Like It Hot. However, this flaw was not enough to prevent my appreciation of the book overall.

Fans of small-town romance with rich contexts and interesting characters should like No Strings Attached. Andersen provides enough details about the characters for the book to be read as a standalone, although I recommend that you read all three books for a more rewarding reading experience.  If you have never read Susan Andersen, I also recommend Baby, Don’t Go (2000), one of her best books that was reissued this past spring.