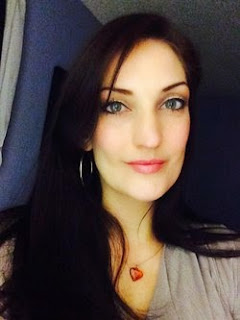 I'm so very happy to welcome Madeline Martin to the blog today. I first met Madeline three years ago at the Georgia Romance Writers Moonlight and Magnolias conference. Since then I've followed her writing journey and was excited to pick up a copy of her debut historical romance, Deception of a Highlander when it was published last week. It has everything I look for in a Scottish historical romance!

Take it away, Madeline!

Three years ago, I went through the greatest hurt of my life. The kind that’s deep and awful and sucks at your soul until it seems like all your insides crumple against one another and it hurts too much to even breathe.

I was in a world to which I’d never belonged, a world I’d never wanted to be in. A world where I didn’t even feel like I existed.

But I had a reprieve. I had already signed up for the Georgia Romance Writer’s Moonlight and Magnolia’s conference. I went and it was a blast. I reconnected with old friends, met new ones, participated in author events – for that one brief moment, I got to put all the hurt and ache on hold and just live again.

All good things must come to an end though, and as the conference drew to a close, I felt the press of depression weighing on me. I’d been surrounded by happiness and love. All that waited for me at home was dark nothingness. No one who’d missed me, no strong arms to embrace me, no one to shriek their excitement that Mommy’s home or cover me with sticky kisses. 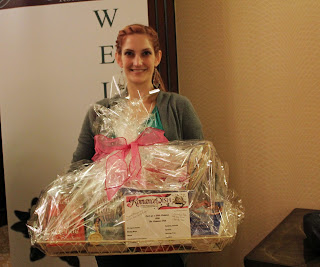 I’d participated in the raffle, but only put one ticket into the biggest basket. I’m a numbers girl and knew statistically there would be more entrants and fewer winning chances. The baskets were raffled off the last night and I didn’t win. Which is fine – I think most of the fun is watching the reaction of the people who do win. Confession: I love the squealers the best.
The following morning before I drove home, however, there were additional raffles done on the baskets – the ones that never got picked up.
And I WON!

I didn’t just win, I jackpot won – I got the biggest basket, brimming with books and all kinds of goodies, the one I’d only deposited ONE of my tickets into. It was a fabulous way to end a conference.

But it was so much more than that.

I realized on the way home, I was looking forward to getting there. To flicking on the lights in that dark house and unwrapping my motherload basket. The nearer I got, the more excited I was. 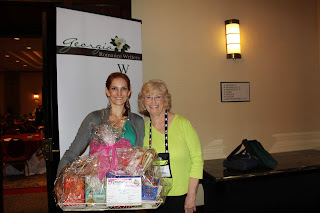 I didn’t come home to a family, but I did have a wonderful welcome with the basket.

I don’t think I’ve ever unwrapped something with such reverence, with such care. I unfurled the bow, carefully peeled down the petals of cellophane and took out one book at a time. I admired the cover, read the back, touched the glossy, raised title, then moved on to the next one. There were also cooking utensils, which my minions and I still use when making chocolate chip cookies, as well as a journal and a beautiful tray.

It was the most special present I’d ever gotten and meant more to me than words could ever express. And as much as I talk, that’s saying something!

But words are still important. So, I reached out to the woman who’d assembled the basket – PJ Ausdenmore - to thank her profusely and explained to her (with probably way TMI) how much it truly meant to me. I found out recently (when I was congratulating her on winning herself a motherload basket) that she’d kept my message – and that made me love her even more. J

Sometimes the kindness of others translates even more powerfully than they could ever anticipate – I feel like PJ’s basket is a prime example of this. So, if you are considering raffling off anything for your local writer group or any other event, please keep this story in mind and know your basket might be the beautiful light they need in the darkness they’re staggering through.


Readers, have you ever won something that came just when you needed it most?

Have you checked out Deception of a Highlander yet?

What do you look for in a Scottish historical romance?

Madeline is giving an e-copy of Deception of a Highlander to one randomly chosen person who leaves a comment on today's blog. 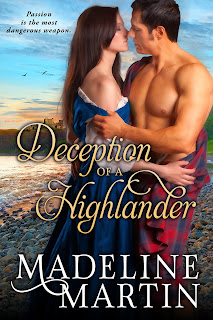 Scottish Romance doesn’t get much steamier—or more dangerous—than a spy hunting her quarry, and losing her heart to him instead.
To pay a seemingly impossible debt, Mariel Brandon has become a spy for Aaron, one of England’s deadliest minds. Aaron’s latest mission for the sharp-witted and daring Mariel is to find two people in a heavily fortified castle on the Isle of Skye, a castle headed by the clan MacDonald and the powerful Kieran. Mariel is to seduce Kieran and get him to take her to Skye. If she succeeds, Aaron promises to let Mariel’s young brother go, and to free both of them from their debt.  If she fails, her brother will die.
What she doesn’t count on is craving Kieran MacDonald almost immediately upon meeting him. Now Mariel must keep a secret from Kieran—one that could get them both killed—as she tries to form a plan that will save her brother, get her out from under Aaron’s thumb once and for all, and keep her in Kieran’s strong arms forever.

Here's what I (PJ) wrote in my Amazon review of Deception of a Highlander.

A woman forced to spy - and more - to keep a loved one safe. An honorable man who never aspired to be laird, now tasked with keeping those within his care safe. Mariel is ordered to find two people on Skye by convincing Kieran MacDonald to take her with him when he leaves London to return home. With this final mission, she hopes to clear her debt and secure her young brother's release from the dastardly Aaron. Get in, find the targets and get out but things don't go according to plan. The people she's seeking are not what she expects. Neither is Kieran MacDonald. Before long, she stands in danger of losing her heart to the man she's been sent to deceive. If her mission succeeds, innocents could die. If Kieran uncovers her plot, it could mean her death and that of her brother. But can she trust him with the truth when no man has ever given her reason to do so?Deception of a Highlander by Madeline Martin has everything I enjoy in a Scottish historical romance. With her well-developed characters, tightly-woven, fast-paced plot, and range of emotion, Martin writes more like a seasoned veteran than a debut author releasing her first book. This is an author to watch.

Possession of a Highlander, the second book in Martin's series will be released in August. I've already marked my calendar! 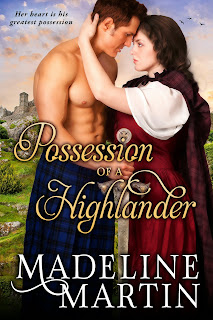 Love can be the greatest possession.
Brianna Lindsay’s grip on the inheritance that is rightly hers hangs by a thread. If the town finds out her father has died, Brianna will be forced into marriage with her loathsome cousin, Lord Robert, and will lose all of Edzell Castle and its lands. To protect her home, she’ll have to trust a complete stranger, a brooding Highland barbarian who sweeps into Edzell with a small retinue and insists on replacing her Captain of the Guard. He proves his worth by defeating her men and she has no choice but to accept his offer.
Though his motives are suspect, Colin MacKinnon has nobility in his blood and good intentions in coming to Edzell. He seeks his own kingdom, one to rival his father’s, and sets out to conquer Brianna in the best way he knows how—with seduction.
Brianna never thought of all the wealth she protects, the one thing she has left completely vulnerable is her heart. Colin never thought that of everything he stands to achieve, he might have to face the unexpected pain of loss. Together, they must navigate a treacherous world of spies and intrigue, of legacy and fidelity, of love and betrayal, to find what is truly worth possessing.