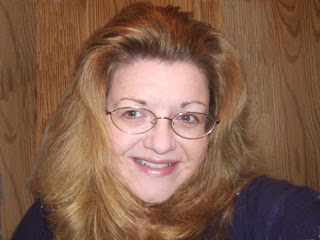 Hi, Karyn! Congratulations on the release of THE VICAR’S FROZEN HEART, the second book in your Hornsby Brothers series. Please tell our readers what they should expect from this book.

Thanks! First off, I am thrilled to be here at The Romance Dish! The Vicar’s Frozen Heart is not an inspirational romance, though Tremain gains more of an understanding that he is not alone in his suffering through various interactions with his congregation.  Also, it can be read as a stand alone.

The second son of a Duke, Tremain returns home ravaged by war and turns to the occupation he originally trained for, the church. Living in a small village and serving as their vicar, he keeps to himself, keeping family and friends at arm’s length. Hence his frozen heart. He needs quiet and peace to heal, though he may seem outwardly gruff, he cares deeply for people, especially when a young orphan and a fallen governess enter his life.

At first glance, Eliza and Tremain are a couple that should have no chance for a happy ending. What convinced you these two belonged together?

Most of my heroes and heroines are flawed and beyond the norm for historical romances and Eliza and Tremain are no exception. The concept of The Hornsby Brothers series is the three brothers fall for unlikely (out of their social sphere) women.  Eliza is very intelligent, a little haughty in demeanor, but is brought down a peg when she is caught in a dalliance with the son of her Earl employer.
Tremain rescues her during a snowstorm, and though there is an immediate attraction, both are wary for different reasons. But both yearn to be loved, even though they don’t realize it right away.  For all their faults and past mistakes, I felt they deserved their happy ending. 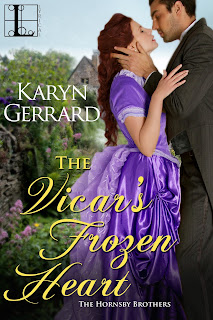 Tremain suffers both physical and mental anguish from his experiences in the army. What inspired you to create a hero with PTSD?

When I decided on the Anglo-Zulu war for Tremain’s war experiences, in researching I found a great number of soldiers returning from this war suffered tremendously. I then decided to have Tremain be one of these soldiers. During the Victorian age, they were diagnosed with “hysteria”. Most men suffered in silence, for who wants to be carted off to the asylum?

After watching the movie Zulu (1964 with a very young Michael Caine) I decided to put Tremain in the thick of the action. He’s not my first PTSD hero, and love may not cure all that ails someone with PTSD, but it certainly can help when heading on the road to recovery.

Eliza is an interesting woman, naive in some ways while bold and assertive in others. What do you want readers to understand about her?

After being dismissed from her governess position, Eliza is robbed by the men tasked with seeing her to the coast and thrown from the carriage. She is fallen indeed. Tremain finds her in the middle of a snowstorm and sees to her recovery. Eliza is naive about many things; being an orphan she had a sheltered but austere upbringing. She is lonely and yearns to be loved; hence her ill-fated decision to have an affair with the Earl’s son. But she also stands up to Tremain, almost daring him to feel again.

How many books are planned for this series?

Three, I hope. There is one more brother, the oldest and heir to the duke.

I’m intrigued by Tremain’s steward, and lifelong friend, Jon. Any chance he’ll get his own story?

Probably not, he turned out to interest me too, so I guess I should never say never!

Drew, the orphaned boy taken in by the Vicar, loves chocolate cake. What's your go-to treat for special occasions?

I’m not one for gooey treats. I do like pie, though. Just about any flavor. Apple with a scoop of vanilla ice cream and a slice of cheese is one of my favs! And cookies. Love cookies! I dunk them in my tea.

A different sort of historical series with Kensington Publishing/Lyrical Press, “The Ravenswood Chronicles.” Think Beauty and The Beast, with a dash of Frankenstein and The Picture of Dorian Gray. Beloved Monster is book 1 and will be released September 13th 2016. Approx 63,000 words. A Gothic/Victorian romance.

Beloved Beast (#2) is a WWII historical romance and will be released February 28th 2017. Approx 72,000 words. I also will have a few re-releases (historical and contemporaries). I will be self-pubbing the novellas this coming summer and fall.

Sounds like you're going to be busy! Thanks for visiting with us, Karyn. Would you like to ask our readers a question today?

I liked PJ’s question about the go-to treats. Tell me yours (either as a child or in the present or both) for a chance to win a digital copy of The Vicar’s Frozen Heart. 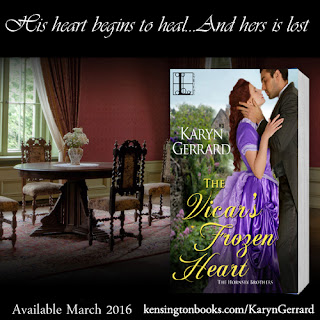 Eliza’s entire body throbbed with pain. The fall from the carriage no doubt did damage as she’d rolled down a slight embankment, landing in a ditch. That much she did remember. Groaning, she tried to lift her arms. No luck.
The door swung open and banged against the wall, startling her. A tiny squeak escaped her chapped lips. A tall, imposing man, leaning heavily on a cane crossed the threshold. Dressed entirely in black, he hobbled closer to the bed. All at once she was struck by his austere face. Deep frown lines were etched on either side of his mouth which was turned down in a fierce scowl. Here stood a man the furthest thing from a kind, older grandfather, more like a man of thirty-odd years. He would be considered handsome, she supposed, with his thick, raven-black hair and sculpted cheekbones, but the chilled expression he gave evoked no warmth at all and his silver-gray eyes held the shade of chips of ice from a frozen lake. Rather frightening and much like a stern schoolmaster or unforgiving, sober priest, both of which Eliza had enough of in her life.
“You’re awake then?” The words were clipped and precise.
“Tha...thank you, sir,” she croaked. “Your name?”
The cane thumped heavily on the floor as he made his way to stand at her bedside. “Tremain Colson.”
A deep voice, but it held no warmth at all. Well, she was thankful he found her and took her in, but had the distinct feeling she’d be out on her backside as soon as she became mobile. “My trunk?”
“I recovered it about an hour ago. I found you at half past four this morning. It is now three in the afternoon.”
Goodness. She’d slept near around the clock. With great effort, she managed to lift the blankets and peer under them. I’m only wearing my shift. Did this iceberg of a man strip off her clothes and lay his hands on her? “My clothes?”
“I hung them by the fire in the parlor. May I have your name?”
Right. “Eliza...Eliza Winston. Where am I?”
“The village of Hawksgreen. Where were you heading?”
His standing over her should be ominous for he had quite the presence. Yet the fright she experienced initially dissipated even though he continued to act in a grave, unfriendly manner. What a dark, brooding man.
“Dover...I think.”
“Are you in pain?”
Yes, you daft man, I was tossed from a moving carriage. She no longer wished to converse. Instead she gave him a brisk nod.
“Very well, I will make you a cup of willow bark tea.” He turned on his heel and hobbled out. Eliza admired the view. Well-proportioned with broad shoulders, at least it appeared as such considering he wore wool trousers and a matching coat. The clothes fit him well, the coat hugging a slim waist. He wore no cravat, but the shirt was buttoned up to his neck. Wonder how Mr. Colson injured his leg? He’d grimace in pain as he turned to leave. Even with his disability he brought her and her trunk into his home? Perhaps he also experienced discomfort this day.
Where on God’s Earth was Hawksgreen? She’d never heard of it. A shiver of apprehension ran down her spine. She needed time to construct a sound plan for her future, a plan all the harder to make since she’d been robbed. Not a farthing to her name and she possessed nothing of value to sell. Eliza doubted this man would be empathetic to her plight. Perhaps he had a long-suffering, kindly wife who would take pity on her. Nevertheless, if she must exaggerate her injuries to gain more time, she would.