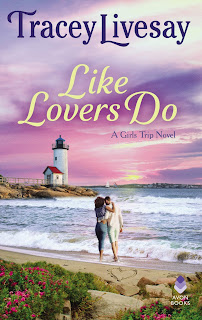 Sometimes faking it can lead to the real thing…

Driven and focused, Dr. Nicole Allen is an accomplished surgeon. With a tough past, Nic’s gone above and beyond everyone’s expectations. But when she disciplines an intern—a powerful donor’s son—a prestigious fellowship she’s awaiting is placed in jeopardy.

Coming from a successful family who runs a medical business empire, Benjamin Reed Van Mont is the black sheep, having chosen to start his own business instead. Though he’s not ready to settle down, he knows when the time comes it definitely won’t be with a workaholic doctor like his friend Nic—even if she’s had him re-examining his edict…more than once.

When Ben’s status-climbing ex-girlfriend finds her way back into his orbit, Nic proposes a swap of services. She’ll spend the week with Ben on Martha’s Vineyard, pretending to be his girlfriend—but only if he’ll have his family intervene on her behalf so she won’t lose her fellowship. How hard can the charade be?

But as they’re about to discover, they’ve sorely underestimated their true feelings for each other…

I loved this friends-to-lovers romance between two immensely likable people I couldn't get enough of. Nic rents the garden apartment in Ben's home but since they share a kitchen and Ben has basically been cooking for her since she moved in they may as well be living together. Over the past three years, they've developed a deep, caring friendship but Nic has never entertained thoughts of more with her "safe" friend. Ben has all the thoughts, but he would never jeopardize their friendship by acting on his feelings. That all changes with one drunken text sent to the wrong person and a week of pretending to be lovers to send a "back off" message to Ben's ex.

Nic is a heroine you just can't help but root for. A woman of color in a medical field dominated by white men, she's had to fight for every opportunity since childhood. She's brilliant, hard-working, dedicated, and not about to let romance derail her future. She will not make the same mistakes as her mother. That doesn't mean she isn't up for a good time. She owns her sexuality but hookups are always on her terms. Sex, she's good at. It's emotions that cause her to cut and run.

I adored Ben. He's such a good guy, very caring and nurturing. I love how he always has Nic's best interests at heart. He's strong in some ways but there are vulnerabilities and insecurities lurking within, mostly due to his childhood and currently fractured relationship with his parents. As Nic discovers, there's also a surprisingly naughty side to her supposedly safe friend and I am here for it. There's a hammock scene that will have you second-guessing all those years you thought they were only for napping or reading. 😉🔥

I love the solid foundation of friendship Livesay builds between Ben and Nic before deftly guiding them from that friendship into deeper emotional waters. Their evolution from friends to lovers is realistic, with all the doubts and fears one would expect from two people weighing whether or not to take their treasured friendship to that next level. There's so much to potentially gain but oh, so much to possibly lose.

Nic and Ben both have baggage to unpack before they can successfully move forward as a couple. I enjoyed the insights into each of their personalities that stemmed from interactions with Nic's girl squad, Ben's group of childhood friends, Ben's mother, Nic's mother, and one truly horrid ex-fiancée (I may have spent an inordinate amount of time contemplating suitable punishments for this spoiled, rich brat). Not to fret though. Nic handles her very well.

I'm a big proponent of show not tell and Livesay does just that in this book, bringing these characters, and their journey, to life through their actions and bringing me along for the ride. It's fun and sexy, but also thought provoking, with rapid-fire banter, a satisfying depth of emotion, and the emotional growth necessary to bring two worthy individuals together as equals, open their hearts fully to one another, and achieve their happily ever after.

This is book two in Tracey Livesay's A Girls Trip series. It stands on its own but I also highly recommend book one, Sweet Talkin' Lover. (click to read my review)