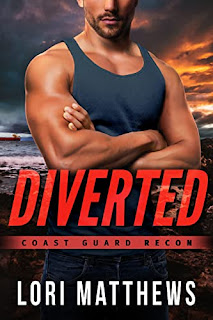 Nick Taggert was injured on his last assignment for the Coast Guard. Now, too hurt to return to his former position and not wounded enough to be benched, he’s assigned as the new Coast Guard team leader in…Panama. They’re there as part of a drug interdiction unit, but really, they’re Team RECON. Recon as in reconstructed. Each of the four men is like him; a Humpty Dumpty. Except they were trying to put themselves back together so they could do what they loved best, kicking ass, and taking names.Dr. Carolina Alvarez had moved on from research and was working for Doctors Without Borders. A chance meeting with her old boss set her on a dangerous mission to deliver much-needed medicine to South America. Her failure would mean the sure extinction of a tribe clinging to their ancient ways.Nick should have realized from the instant Carolina walked back into his life things would not go according to plan. But harbored resentment still clouded his vision. Now they were on the trail of the missing vaccine, and the assignment just turned deadly.
PJ's Thoughts:
A word of advice: do not begin this book unless you have plenty of reading time at your disposal. I started reading it in bed last night, continued until I fell asleep at 2:00 AM (still holding my Kindle), and dove right back in as soon as I awoke this morning. It's compelling, action-packed, edge-of-the-seat romantic suspense that grabbed from the get-go and refused to let go. I loved it!
Lori Matthews has become one of my favorite authors writing romantic suspense. Her stories are tightly crafted, with fully-developed characters who engage my emotions. She brings them to life on the pages and then places them in impeccably-detailed settings that put me in the heart of the action. I didn't just read about Carolina's, Nick's, and the Coast Guard team's journey through Panama and Ecuador, I felt like I was walking through the jungles with them, dodging gunfire, deactivating bombs, and balancing undeniable attraction with necessary caution, all while fighting for my life. It's an interactive experience Matthews brings with each book she writes. She fully immerses me in each of her stories, leaving me eager for more of the same each time I reach the final page.
Diverted is the first book in a new series, one I hope will be long running. I'm already invested in the entire Coast Guard Special Ops team!
Posted by pjpuppymom at 5:00 AM