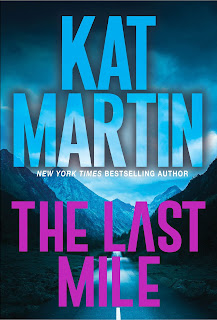 When Abigail Holland awakes to the sound of a nighttime intruder in her rambling Denver Victorian, she knows exactly what the black shrouded figure is after—the map she recently inherited from her grandfather. Whoever he is, the man who grapples with her, then escapes, is willing to kill for the location of a treasure King Farrell hunted for more than ten years. The Devil’s Gold has claimed hundreds of lives, and it was her grandfather’s obsession.   With a killer pursuing her and her own family not to be trusted, Abby decides to take up the search herself. But she’ll need help to do it, and there’s no one better than renowned explorer and treasure hunter Gage Logan. Despite the instant chemistry between them, Gage is reluctant. Innocent people have been hurt on his watch before. But when Abby shows him a genuine gold ingot she found with the map, his curiosity is piqued. Before long they’re heading into the flash floods and brutal winds of the Superstition Mountains, straight into a passionate entanglement—and the dark heart of danger.
PJ's Thoughts:
I've always been fascinated by treasure hunters, both the people themselves and the riches they seek. Martin delves into both in the newest book in her Blood Ties, The Logans series. True to form, she captured my attention in the first few pages and we were off to the races until the very end.
Gage and Abby were intriguing characters who kept me on my toes. I loved the fiery chemistry between them. It certainly kept me wondering what - if anything - would happen personally between them in those moments when they weren't hiking through mountains, dodging bad guys, and exploring abandoned haciendas. Yes, there's a lot of action and adventure in this story, and I loved it, but Martin did a good job of not forgetting the romance too. Though, I have to admit, I didn't know which way matters of the heart would go for these two. Gage had some deep emotional baggage that kept his heart barricaded and Abby refused to be "set aside" because of another's actions. I was enthusiastically cheering her on the entire way.
Martin kept me guessing the outcome of both the treasure quest and the romantic one right up until the final chapters and then she threw in another twist that - wow - I did not see coming, and everything was up in the air again. My advice is to not start The Last Mile unless you have a clear schedule because, if you're like me, you will not be putting it down until you reach the end. From Colorado, to Arizona, to Mexico, this one kept me on the edge of my seat, eagerly flipping pages from beginning to end.
The Last Mile is the second book of a series but the only connection between the two is the fact that the heroes of the two books are brothers. Each book is a standalone story.