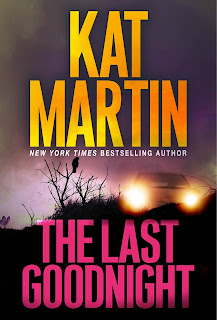 When Kade Logan said goodbye to his estranged wife eight years ago, he never thought it would be the last time he saw her alive. Now her car has been hauled out of a nearby lake and Kade is determined to track down the man who murdered her. Enter Eleanor Bowman, a talented private investigator who’s about to stir up a hornet’s nest on his Colorado ranch.
With old scandals still buzzing about his late wife’s many affairs and new violence erupting, Kade is faced with the discovery of another beautiful woman’s body. Are the two killings linked? Who is the man who seduced, then murdered both victims? Ellie believes they are dangerously close to the truth.
From corporate Denver high-rises to posh Vail mansions, Kade and Ellie sense the killer is closing in again, and this time Ellie is the target. Kade must risk everything to save the woman he’s coming to love—before she becomes the next one to die . . .
PJ's Thoughts:
Kat Martin has delivered another intense, tightly-woven romantic suspense story to launch her new series. This one kept me on the edge of my seat, eagerly flipping pages, and still trying to figure out all the answers right up until the big reveal. I'm pretty good at figuring out mysteries but there were so many (feasible) red herrings in this one that I just wasn't sure who the villain was. I love it when an author accomplishes that!
Kade and Ellie were both complex, well-developed characters who had immediate chemistry but also matched one another well in strength, determination, a love of the land, and pure grit. There were some red flags from Kade in the early stages of their relationship:  jealousy, and some uber-alpha tendencies that felt a bit old school. They gave me pause but by the end of the book those issues had been addressed and I felt confident in Ellie's and Kade's future.
If you enjoy tightly-crafted, western romantic suspense that will have you on the edge of your seat, bring plenty of action, and keep you guessing until the end, check out The Last Goodnight. I read it in one sitting and am now eager to find out what Kat Martin has planned for Kade's brothers.
Posted by pjpuppymom at 5:00 AM