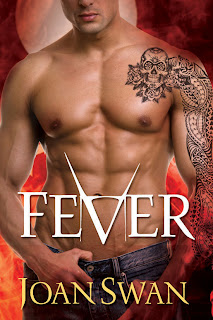 He wore burgundy boxer briefs that clung to his muscular ass. He was tan everywhere but for a pale line mid thigh where he’d obviously worn shorts. She could swear every muscle was outlined in perfect relief. Her gaze traveled over the lines and dips and swells and curves. God, he was beautiful.


With only 14 days left of her year-long fellowship at St. Jude, Dr. Alyssa Foster is working every possible hour to show her dedication in hopes of receiving a permanent position as a radiologist at the medical center. Exhausted beyond words, Alyssa covers a shift for an ultrasound tech and finds she has to exam prisoners, which is her least favorite duty. Always a little uneasy around prisoners, her unease intensifies exponentially when inmate Teague Creek steps into the exam room.

Her gaze paused on the box labeled RELEASE DATE where the word life had been scribbled. Her lips pursed with an involuntary shake of her head. So young. What a waste.

Then, as her gaze shifts up and down Teague’s body, she observes a rather large man full of muscles and covered in a myriad of tattoos. The life of prison has covered this man from head to toe, literally. One minute Alyssa is reviewing Teague’s chart and the next minute she finds herself in a choke hold with scissors held to her throat.

Teague Creek is one complicated man. This former fire fighter/paramedic turned convicted murderer is not at all what he appears to be. Years ago, Teague and several other fire fighters were involved in a large fire at a government facility. Unbeknownst to the firefighters, they were exposed to some type of government chemical prototype. Each firefighter is affected by the exposure in a different way. Teague is able raise his body temperature to heat and melt items or to heal humans. Since the night of the fire, Teague’s life has spiraled out of control – being set up by some unknown group for the brutal murder of his wife, losing custody of his beloved little girl and serving life in prison for a crime he didn’t commit. While at the hospital for a medical exam and with the help of a prisoner, Teague takes control of his life and breaks free from the bonds of prison by kidnapping a doctor.

The majority of this book occurs while Teague and Alyssa are on the run. Slowly, very slowly, Alyssa begins to see past the façade Teague has built and truly sees the man behind the tattoos and the criminal record. Don’t think that Alyssa is some push over of a woman who falls in love with the man who kidnaps and holds her hostage. Oh no, that is SO far from the truth. Alyssa is one tough cookie. She gives as much as she gets.

She tossed her head to get the messy strands out of her eyes and watched him with a look that clearly said, “try it and I’ll kick your teeth in.” How could such a small woman, handcuffed and gagged, look so…formidable?

From the very beginning, Alyssa struggles with her physical and emotional reactions to Teague. She wonders how she can have any feelings for the man who has taken her hostage. Yet as the pieces of Teague’s life slowly begin to come together to form a bigger picture, Alyssa realizes she is in way deeper than even she imagined. Teague is not the criminal she first saw in the hospital, but instead a victim of some covert government cover-up. Using every single honed analytical skill learned from years of medical school and training, Alyssa takes charge of Teague’s escape and urges her attorney brother to help keep Teague out of prison. Teague is shocked and dismayed at the support Alyssa gives him. Afraid to open his heart to anyone since those he loved were taken from him in the past, Teague gives in a little and then retreats. Trust is hard to give after so much time in prison. The road to trust and love is winding, full of curves and blind spots, but the destination is SO worth the trip!

Teague pulled her earlobe between his teeth and nipped gently. “I love your passion.” He continued kissing his way down her neck. “I love your commitment. Your determination. Your courage.” His mouth moved over her should. “I love your intelligence. Your compassion.”

I don’t think I have ever been so tense while reading a book, but in a good way. This book is full of suspense! Every chapter had me holding my breath, tensing for what was to come, hoping for tidbits on Teague’s past and anticipating the physical connection between Teague and Alyssa. It wasn’t until I finished the book that I breathed a sigh of relief. Then I immediately thought …. I wonder when the next book comes out.

I am really looking forward to learning more about the other firefighters and what exactly happened to this group.

This is one book that I would highly recommend. But please keep in mind … it is not for the light of heart.


NOTE: Since finishing the book, I have seen a lot of “chatter” regarding the racial slurs used by a gritty, evil secondary character in this book. I will admit that while reading parts of this book my jaw did drop wide open at the language, but I also must admit that this did not stop me from enjoying the storyline and I was not pulled out of the story in any way. The language used by this secondary character actually made me despise him so much that I couldn't wait to read what happened next and see how would the hero and heroine get away from this evil person. It is up to each reader to decide if language affects your view of the book. For me, it was not a problem.
Posted by Buffie at 12:01 AM