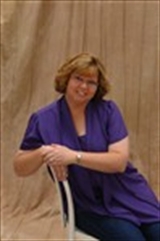 It's our pleasure to welcome Lena Diaz to The Romance Dish today!  Lena grew up a Navy Brat, but while two of her three siblings followed her father's footsteps and joined the Navy, Lena loosely followed her musically talented mother's footsteps by choosing a more creative path, writing.

Lena has had two novels published so far - HE KILLS ME, HE KILLS ME NOT and SIMON SAYS DIE. She's won the TARA, the Daphne du Maurier, and was a finalist in the prestigious Romance Writers of America Golden Heart® contest. Today Lena can be found in North Florida with her husband of twenty-plus years, and her two children.


Take it away, Lena!


Thanks so much for having me on The Romance Dish today! It’s always fun to discover new blogs and meet new people online. I’m old enough to still think the internet is amazing, but young enough to dive in and enjoy it too.

The internet has become a far more integral part of my life than I would have ever expected it to become. As an author, going online is the main way I meet people and spread the news about my books - like my new release, SIMON SAYS DIE. But I also use it for research.

What do I research? Settings for one. SIMON SAYS DIE is set in Savannah, Georgia. I LOVE Savannah. There’s just something about the name, how it rolls off the tongue like warm molasses, that makes me think of a lazy summer day sitting on a wrap-around porch watching barges float down the river. And that’s exactly what you can do in Savannah, watch the boats float down the Savannah River while you walk up and down River Street. 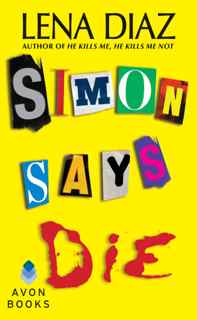 I’ve explored Savannah both online and in person, because it’s way too close to where I live (North Florida) NOT to visit in person. I had a ball when I went there on a research trip for my book. I rode a charming trolley through the historic district, walked along River Street, rode a paddle-wheeler up and down the River. I’ve eaten at Paula Dean’s, and honestly couldn’t tell a difference between their food and the good old southern cooking I grew up with. But hey, maybe that’s the point, share the southern traditions with people who didn’t grow up in The South.

When I set a story somewhere I can’t easily drive to, or if I just don’t have the time for a research trip, I use Google Earth to go there on a cyber-trip. Isn’t it amazing that you can actually see street-views of places on the computer, just as if you were there walking those very streets?

Besides researching settings, I research cool stuff like guns and forensics. I have no doubt I’m on an FBI watch list somewhere. In fact, after googling such things as ‘how to poison someone and it not be detectable’, I’d be disappointed in our federal law-enforcers if I wasn’t on a watch list. J

I’m grateful I can use the internet as a tool to help me do my job, but it has its downsides. The biggest downside is that meeting and chatting with new people on Twitter and Facebook and other social media sites can be addictive. I can lose hours, days, on those sites. And suddenly a writing deadline is looming and I wonder where all my time went and why I’m not further along in my book. (sigh)

For SIMON SAYS DIE, one of the online resources I used that was the most valuable was the crimescenewriter yahoo loop. This is a place where thriller writers, law enforcement experts, and medical experts get together to chat about questions authors have. It’s an amazing resource and just plain fun to be able to talk to police officers, FBI agents, US Marshals, EMTs, you name it. I’m forever indebted to this group, which was started by Wally Lind, a retired police crime scene investigator. I asked a question on that loop while writing SIMON SAYS DIE, and one of the members hooked me up with a knowledgeable medical expert off-loop. We brainstormed my crazy questions about cool ways to kill people (fictionally speaking of course).

In the end, it’s all a balancing act. The internet is an incredible way to get information these days, or take a trip ‘on the cheap’. It’s one of my tools in my author toolkit, but one that I have to use sparingly so it doesn’t steal all my time!

Obviously if you are reading this blog, you’re an internet fan of sorts just like me. If you know of some cool blogs (besides The Romance Dish of course!) that you think I should check out, let me know. Or if you’ve stumbled across some really awesome websites that a thriller writer might enjoy (hint - anything to do with law enforcement or forensics!), pass them along. I’d love to hear about your favorite internet haunts!

And while you’re on the internet, if you should happen to stumble onto an online etailer site and decide to pick up a copy of SIMON SAYS DIE, well, that would be pretty cool too. J

Below is the blurb for my new release, SIMON SAYS DIE.

Simon says: I'm watching. Simon says: I'm coming. Simon says: Die.
Madison McKinley knows someone is stalking her. The police tell her she's imagining things, and they're too busy trying to find the "Simon Says" killer to investigate. But day by day, hour by hour, Madison's terror grows stronger, and not even the return of FBI Special Agent Pierce Buchanan into her life can calm her fears. Besides, how can she ask Pierce for his help after the way she ended things between them?
Pierce still wants Madison's love, and his drive to protect her is more powerful than ever. He believes she's in danger, even if the cops don't. Finally, as more people start dying and the evidence mounts, the police turn their attention to Madison—as a suspect. Was Pierce a fool to trust her again, or are they both caught in a complex game that neither will survive?