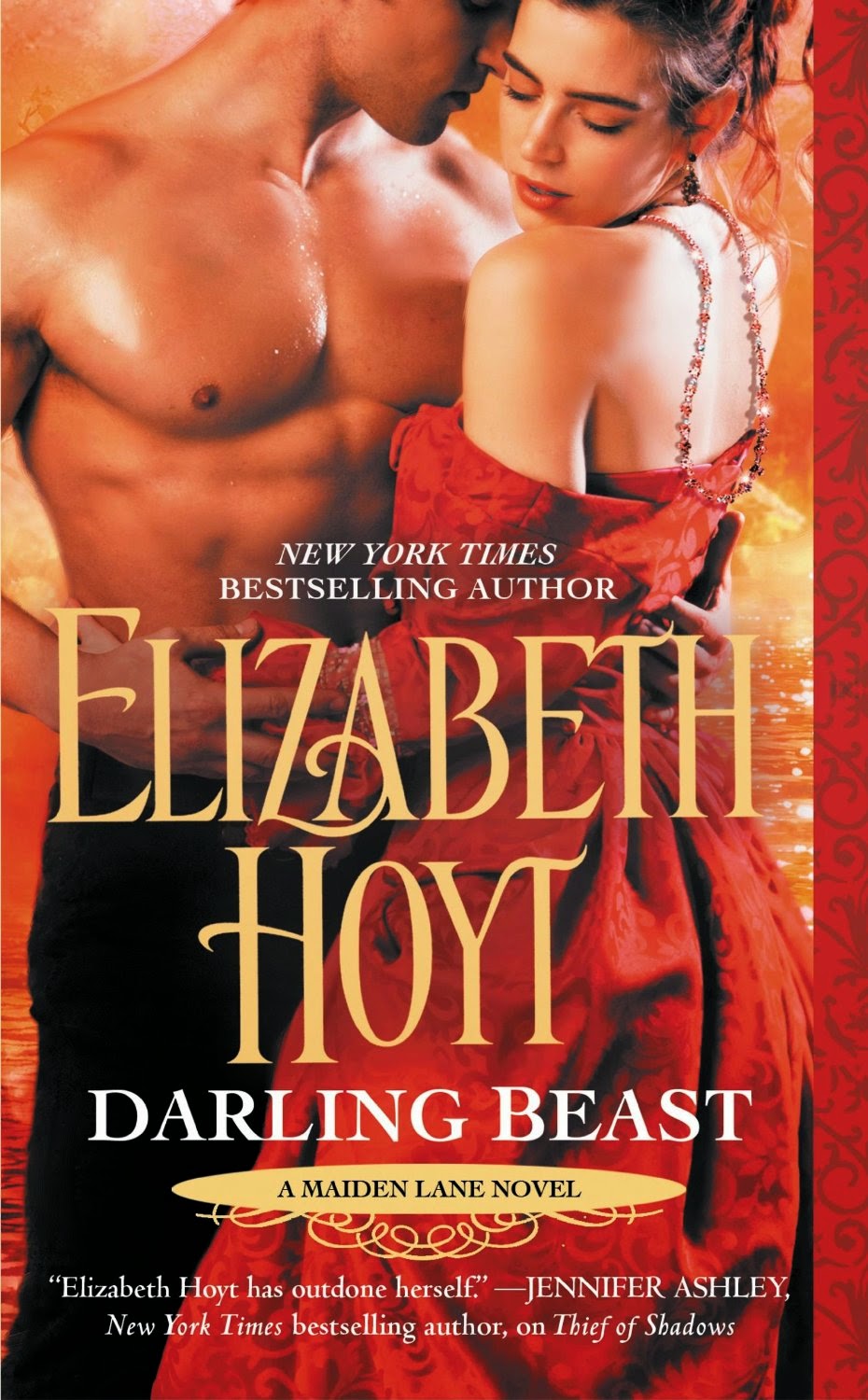 I adore the Maiden Lane series. I’ve adored it since I inhaled Wicked Intentions; and every book thereafter has become my favorite. Typically, series go for 3-6 books tops; however, Darling Beast makes #7 in the series. According to the dedication page, we have Hoyt’s agent, Robin Rue, to thank for that, so be sure to put your Thank You cards in the mail when you finish reading this book at 3 a.m. and wonder what the next book in the series will be.

Granted, Apollo Greaves, Viscount Kilbourne, is perhaps even more heroic, different, alluring than the other heroes in the series have been, which if you’re keeping count is saying something since we’ve got a gin-maker, a pirate, a preacher-by-day/Marvel-Avenger-in-harlequin-garb-by-night, and a duke or two who are nothing to sneeze at. So to up the stakes, Apollo spends time in Bedlam, convicted of a murder he never committed. Of course, that’s what everyone says. Right now, he’s managed to escape and is working as a gardener, rebuilding the gardens to the completely totaled and burned up theater where all of his (Apollo’s) money is tied up into. If he has any hope of getting any money, he needs the theater working again.

Living in the burned-out wreck of a theater is Lily Stump, stage-known as Robin Goodfellow, the Meryl Streep of her age and part of the reason why the theater is burned down. Her current employer, Asa Makepeace, lured her away with the promise of twice the salary, and her old boss was so mad, he burned down the joint and then promised her she’d never work for anyone else. So far, he’s made good on the threat; and Lily is trying to keep everything together until the theater is up and running again. In the meantime, she writes plays that she sells under her brother’s name and gets a cut.

Lily has a son named Indio, a curious little creature that is only a few bits brighter than his faithful companion, Daffodil the Italian greyhound who steals every scene she’s in. Indio is how the two star-crossed lovers meet; and of course, there is a long and varied list why they can’t hook up, and once hooked up, why they can’t be together, and once together, why they can’t make anything permanent ever. Thankfully, Ms. Hoyt is able to prove everyone wrong and these two lovable, world-worn characters get the happily ever after they deserve.


Ms. Hoyt’s books have been described as “crack”—and this one is just as much crack as its predecessors. You’ll be going back to your dealer for your next high within 48 hours and will be dismayed you have at least 6 months or so to wait. Fortunately Ms. Hoyt always makes it worth waiting for.