Since today is Throwback Thursday and tomorrow is Halloween I thought it would be fun to throw open the Dish archives and journey back to 2010 and my Halloween post...with a few revisions and additions. 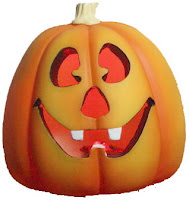 It's my second favorite holiday and a big deal at my house.  It has been for years.  I grew up in a small town where we knew everybody and kids could safely go door-to-door on Halloween night.  My mom made our costumes each year and neighbors went all out making homemade treats such as caramel apples and popcorn balls.  My late husband's childhood experiences were the opposite.  Growing up in a big city with a single mom who worked long hours and not having much money, he had never known the fun that could be had on Halloween. Imagine his shock when I charged into his life with the Halloween enthusiasm of your average 10 year old (though I was 24 at the time) and the complete confidence that he would be thrilled to dress up with me.  Poor guy didn't know what hit him!  lol! 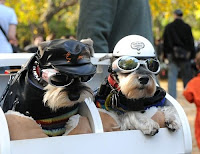 To his credit, he indulged me that first year and had such a good time that from then on, he took over the planning of the Halloween "event" and had more fun than a litter of puppies! He'd plan our costumes, help me decorate the house and be dressed and eagerly awaiting the first ring of the doorbell about the same time the kids were getting out of school.  To say he got excited would be an understatement of mammoth proportions!


Whenever I said anything about how much he enjoyed Halloween, he'd say to me, "I may grow old but I'll never grow up."  My memories of our years together are a vivid testament to that!  It's been almost ten years since he died but every year his playful, enthusiastic spirit is with me as I dress in costume, apply my make-up and prepare to greet bright-eyed, laughing little goblins at my front door.  As you learned on my birthday, I have no problem sharing photographic evidence of silly life moments with the world so, with that in mind, here's a little stroll down our Halloween memory lane. 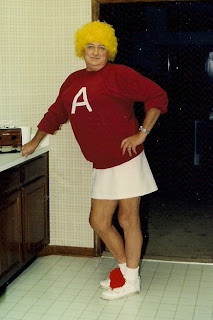 As you can see, the dh was a man secure in his masculinity.  Either that, or he had a hidden fondness for short skirts and curly blonde hair!  The kids who came to our door loved the costume, especially when he did a cheer for them.  For months afterward, kids would ride by on their bikes while he was mowing or working in the yard and chant, "Rah! Rah! Rah! Sis! Boom! Bah!" 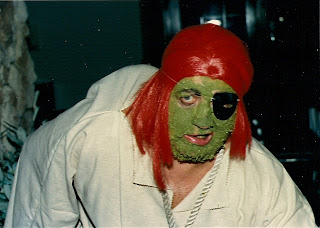 This was the year he was the Hunchback of Notre Dame and discovered that oatmeal tinted with green food coloring doesn't come off as easily as one might think.  He sported traces of the "look" until close to Thanksgiving! 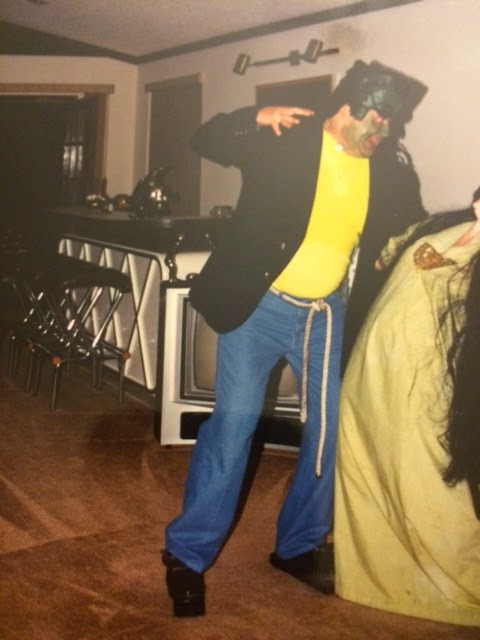 Frankenstein sure looked menacing...until he tried to walk through the front door. Good ole Frankie forgot about the extra height his Halloween head and platform shoes added to his normal 6'2". ::snicker:: 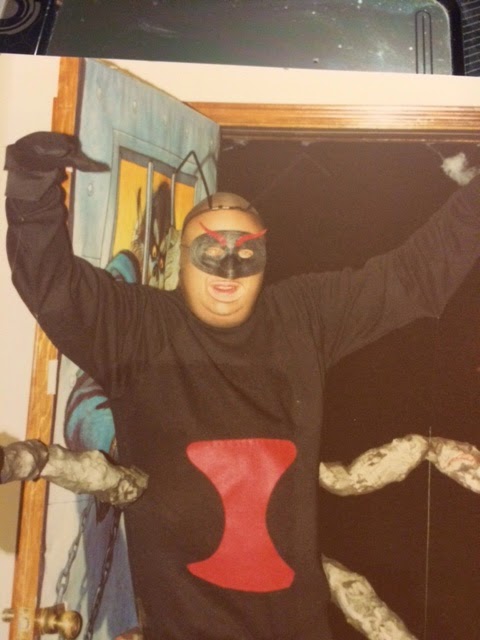 One of my favorite Halloweens was the year the spiders invaded. It was a hit with the kids too. A few years later, a family came to our house to trick-or-treat. The daughter - about 6 years old - kept asking where the spiders were. Turns out they had come to our house the year we were spiders (when she was just a wee little thing) but had then moved away. They had just moved back to town and that little girl came to our door fully expecting to see the spider family. We finally had to tell her that the spiders had moved. She never did make the connection between "them" and us! LOL! 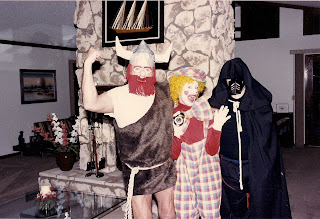 This year's costume was inspired by the late Dik Browne, who wrote the Hagar the Horrible comic strip, one of the dh's favorites. 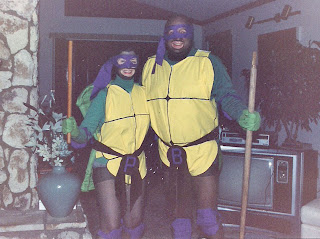 My brother designed our Teenage Mutant Ninja Turtle costumes and my husband made them.  I nicely thanked them both and took pictures.  I know my limits. *g* 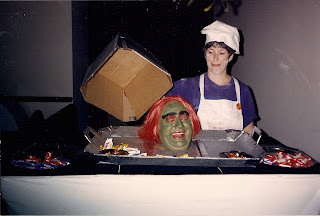 The last year that he was well enough to dress up with me was widely recognized by the 100+ people who visited our house as our best Halloween costume ever.  As you can see from the photo, I was a chef and the dh was "dinner."  I kept the lid over his head until the trick-or-treaters walked up to the table to take their candy from the tray.  Then I'd offer them a taste of the "specialty of the house" and lift the cover.  Reactions were priceless!  Only one person was scared.  Mostly, the kids were amused, curious or downright fascinated.

A neighbor girl refused to leave until I lifted the tablecloth to prove to her that yes, the rest of his body was still attached.

Another little girl wanted to know how long it took me to bake him.

But the cutest reaction was from one little boy who stood there staring at him for close to five minutes while his parents tried to entice him back to the street.  Finally, he turned to me and in a quiet, awestruck voice asked "Does he take batteries?"   I've always wondered how many Christmas lists the "dinner head" ended up on that year! lol! 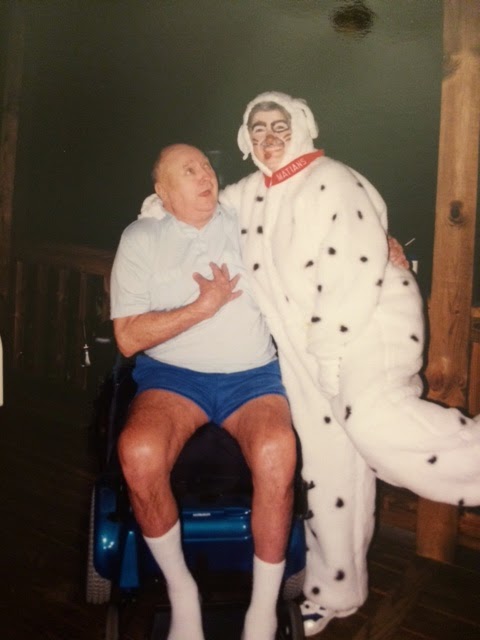 I've continued the tradition of dressing up to greet the goblins who ring my doorbell on Halloween night. This was the year I dressed as a puppy dog. Got a lot of "woofs" that year! 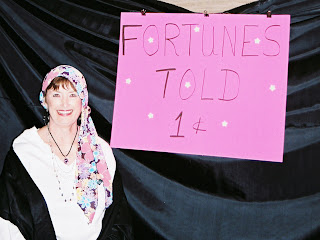 And here I am as a gypsy fortune teller.  I wish I'd thought to put out a recorder to capture some of the questions I was asked.  Had me laughing for weeks!


Do you celebrate Halloween?

What's your "must have" Halloween candy?

Since I'm all about having fun and giving out treats on Halloween, I'm going to randomly select one person who comments today to receive a treat from my book stash.  Happy Halloween!