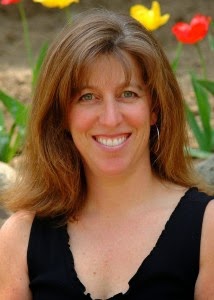 As Andrea noted in her recent review of One in a Million, she and readers the world over are mourning the end of Jill Shalvis's Lucky Harbor series. And they aren't alone. Jill, herself, is having a hard time saying goodbye to these beloved characters. In fact, she's having such a difficult time that she's embarked on a Lucky Harbor blog tour with a Rafflecopter giveaway of the full Lucky Harbor set of books and also has a special surprise for fans of the series.  (Be sure to read all the way to the end of this blog!) 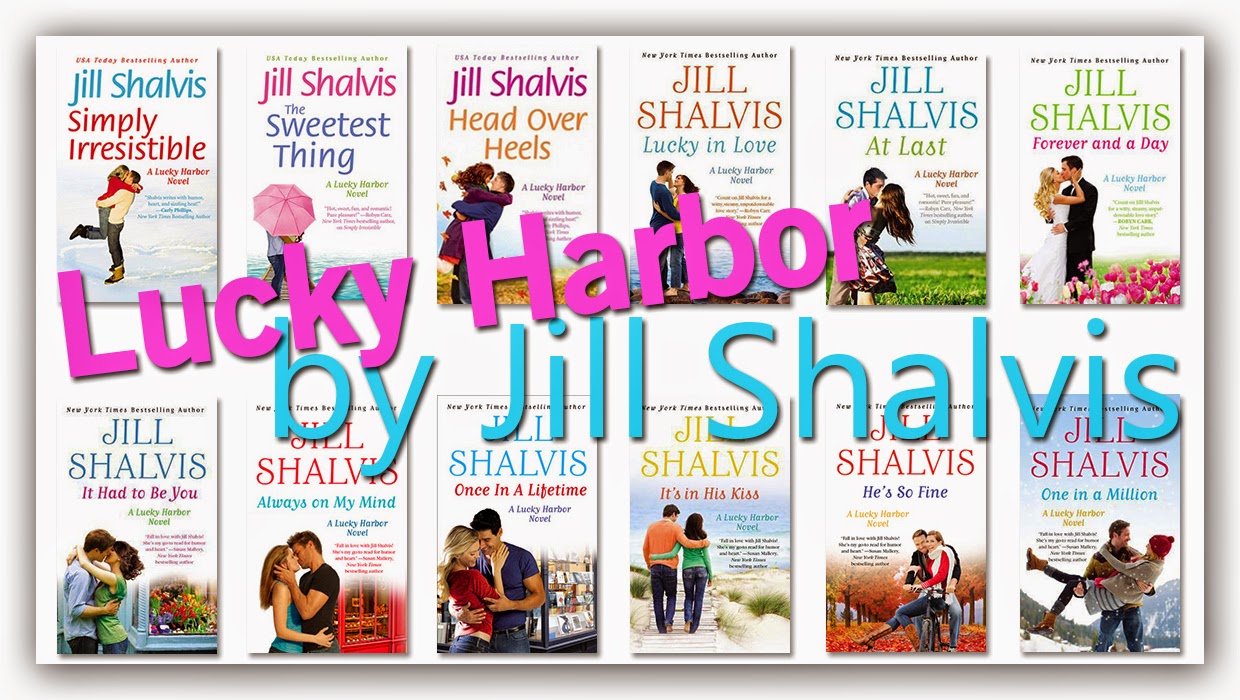 Lucky Harbor started with three estranged sisters inheriting a dilapidated inn on the Pacific Northwest coast. It was supposed to be all one book, in fact. But I never could manage to contain it in one story so I split it into three, one love story for each sister. My goodness that was fun. It was so much fun, I came up with another trilogy idea. Three strangers stuck alone in a storm in a diner with nothing readily available except a chocolate cake. Hello, chocoholics. I thought it would end there but I’ve never been so happy to be wrong. And so, unbelievably, here I am twelve books later, still as much in love with Lucky Harbor as I ever was. Oh the fun I had coming up with characters and figuring out how to torture them.:) Seriously, I have the best job on the planet.

To celebrate the end of the series, today I'm answering some fan questions about Lucky Harbor.

The free spirited Chloe and by-the-books Sawyer from Head Over Heels are quite the pair! Do you have a favorite scene with this couple?


Oh, most definitely the painting scene where the paint that should have been on Sawyer’s walls ended up on some body parts instead… and then they fall asleep like that and Ford and Jax find them in the morning and take pics.

What is your favorite spot in the town of Lucky Harbor?

The secret cove where more than a few of the couples of Lucky Harbor found their way to for some seriously sexy times. :)

Which book was the most difficult to write?

Luke and Ali’s story in It Had To Be You. I had to rewrite that story four times for my editor. It nearly killed me dead. I have no idea why either because I loved Luke.

Nicknames! Which nickname from the series do you like the best?

Saying goodbye to Lucky Harbor was far more difficult than I imagined. I mean I thought I was ready to leave but as I wrote this last trilogy, It's In His Kiss, He's So Fine, and One In A Million, it really hit me. It was over. I was so sad that I wrote a holiday novella. :) I couldn’t help myself! Merry Christmas, Baby (12/2) is my love letter to the Lucky Harbor readers (and a surprise revisit with one of my fave couples) who enjoyed the series and stuck with me for twelve books.  TWELVE books. I still can’t believe it. I’m not sure I’ll ever forget Jax, Ford, Sawyer, Ty, Matt, Josh, Luke, Jack, Ben, Sam, Cole, and Tanner…  Sob!  But I have plenty of new stories to tell, so no worries. I’m still writing the animal series and for those of you who read and loved Then Came You this past summer, Still The One comes out 4/15. And … drum roll please … I’ll have a brand new series coming out in 2015. The first book is written and I’m keeping it under my hat a little bit longer but let’s just say there’s some hot alpha brothers coming your way soon. 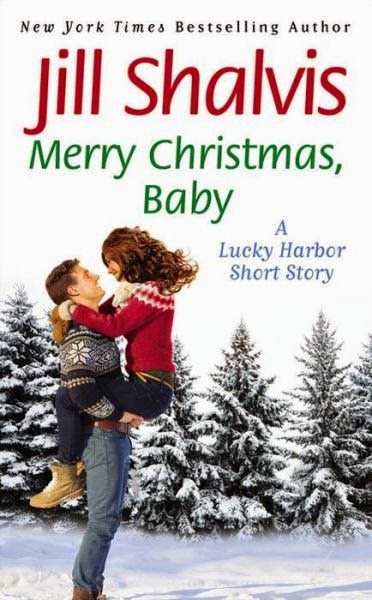 Wild child Chloe Thompson can't believe how much things have changed. She still can't get enough of her sexy husband Sawyer, but he seems to prefer working to thinking about impending fatherhood. So tonight, a very pregnant Chloe is escaping her troubles at the town Christmas party.

Sheriff Sawyer Thompson hopes surprising Chloe at the party will give him a chance to set things right. But as the snow begins to fall and the wind rages, he wonders whether he can make it back in time. While mother nature conspires to keep Sawyer and Chloe apart, an unexpected arrival will require them to kiss and make up . . . and ring in the happiest holiday Lucky Harbor has ever seen.

Readers, do you have trouble saying goodbye to beloved characters?

When you finished a much loved series does it take a while before you can pick up a new book?

Do you have a favorite book or character in the Lucky Harbor series?

Do you revisit your favorites?

Are you as excited about the Merry Christmas, Baby short story as we are?