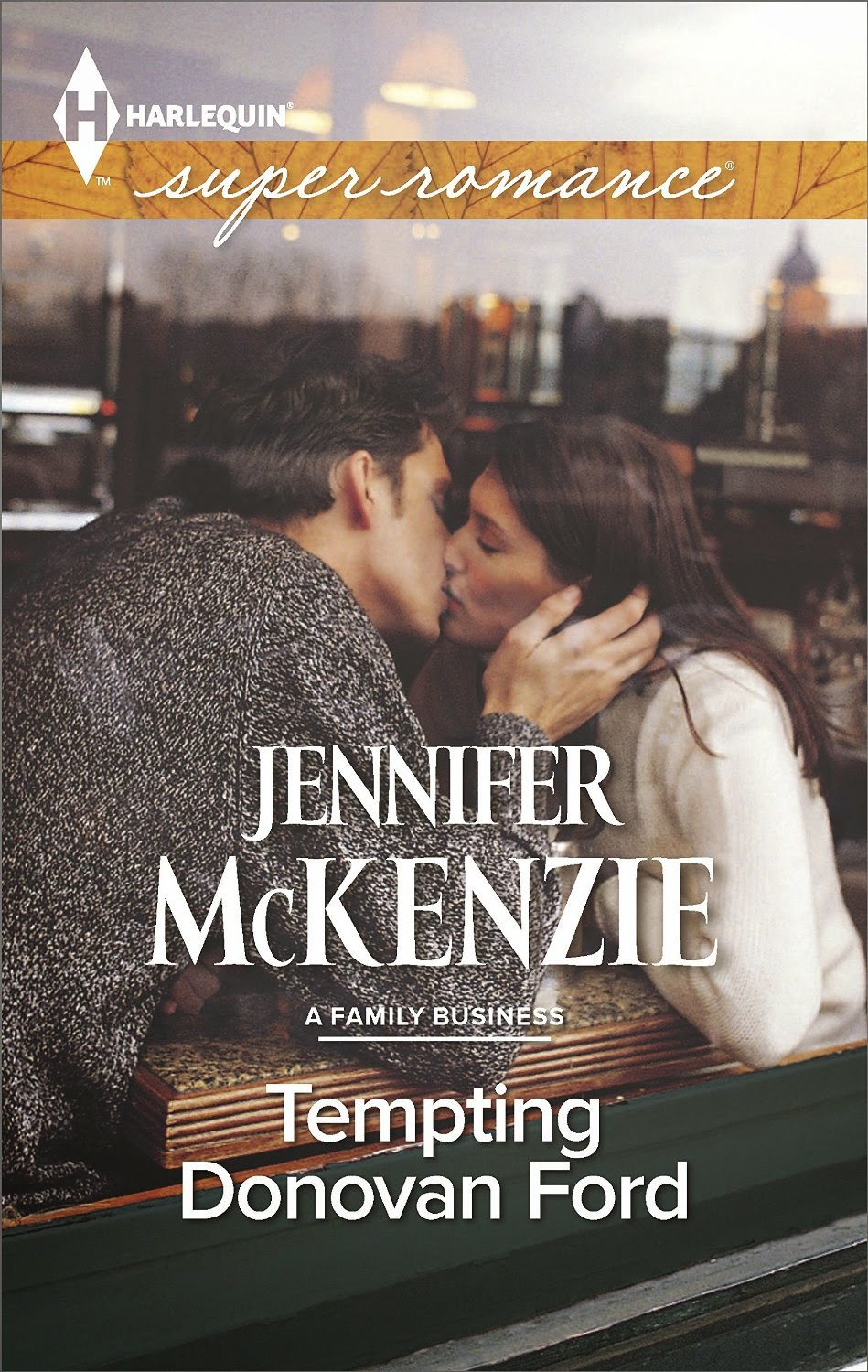 Her mother’s illness was the reason Julia Laurent left Paris to return to Vancouver and fill in for her mother as chef at La Petite Bouchée. With her mother’s death, owning the restaurant where her mother worked for thirty years, the last ten as executive chef, and returning it to its glory days as one of the city’s finest dining facilities becomes a way for Julia to connect with her mother. When the owner sells the restaurant to the Donovan Group, Julia insists on shares as part of her price for remaining.  Donovan Ford is determined that no one outside the Ford family will ever own shares in the business, but he assures Julia that he has no intention of hanging on to La Petite Bouchée and promises her first chance at buying when the Fords sell.

Donovan is the oldest of the three Ford siblings, and the mantle of authority and responsibility fell on his shoulders when his father had a heart attack that forced him to take a less active role in the family business. A youthful failure decimated Donovan’s trust fund and left him determined to keep control of the family business in Ford hands. He opposed the purchase of La Petite Bouchée because he thinks the family should stick to the wine bars that have made them successful. He is determined to sell the restaurant because he thinks doing so is in the company’s interest and because it will free funds to develop his own dream of expanding into the gastropub market and making a name for himself beyond being his father’s son.

As Julia and Donovan clash and collaborate over the renovations to the restaurant, she finds it more and more difficult to resist the attraction that exists between them from their first meeting. All her determination not to allow her personal and professional lives to become entangled is not enough to maintain her resistance to Donovan’s appeal. She and Donovan prove to be a perfect match as colleagues re-launching a restaurant and as lovers, but just as Julia opens her heart to Donovan and his welcoming family, she discovers that he has been less than fully honest with her. Can anything of her dreams be preserved in light of what she views as betrayal?

McKenzie gives readers two strong, vulnerable characters in this first book in a new series. Even though Julia and Donovan, each in turn, allow fear to keep them from acting, they are likeable characters whose choices readers will understand even if they deplore them. The chemistry between the two is smoking, and detailed world building and a strong cast of secondary characters in Julia’s best friend and Donovan’s family add to the story’s appeal. I would like to have understood more clearly why Donovan was so strongly affected by that early failure. The reader gets hints that never fully explain why the experience is defining for him. Except for this lack, I found the story interesting and the characters engaging. I’m definitely hooked on the Ford family saga and look forward to the books focusing on Owen, the reformed playboy, and Mallory, whose long-term relationship has mysteriously ended. 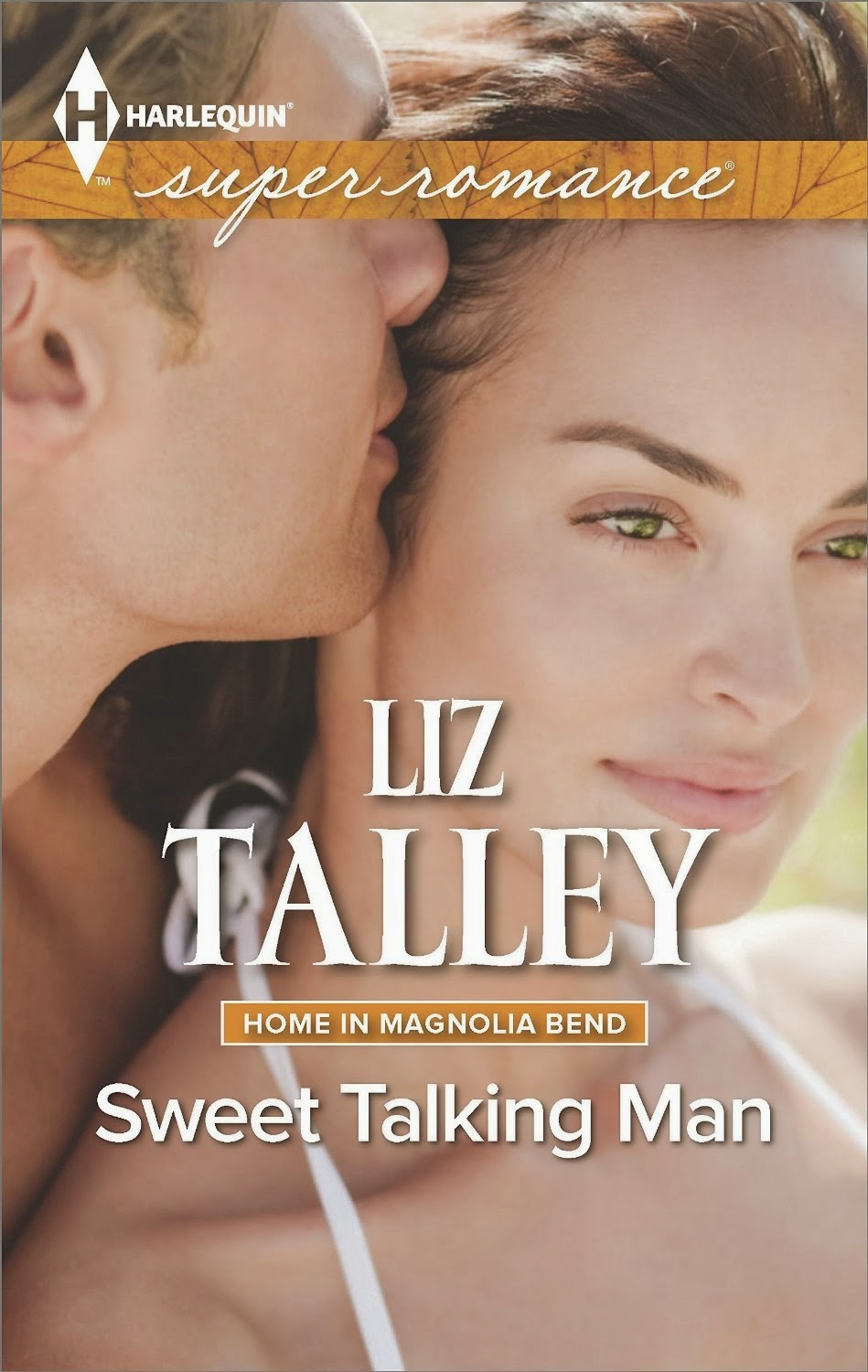 Leif Lively, the new head of the art department at St. George’s Episcopal School and “artist of slight renown,” has most of the women in Magnolia Bend eyeing more than his art. If his Nordic good looks were not sufficient to set him apart from the other inhabitants of the small Louisiana town, his proclivity for discarding clothing, his ukulele strumming, his tai chi moves, and his vegan diet certainly serve to distinguish him from the natives. But Leif has secrets no one suspects. His artist mother once lived in Magnolia Bend briefly, leaving under a cloud of suspicion, and the father Leif has never known still lives there. It is his desire to discover his father’s identity that sends Leif to the small town.

Abigail Beauchamp Orgeron, single mother of twelve-year-old Birdie/Brigitte, is an uptight, straitlaced preacher’s kid who needs to be in control whether she’s maintaining her bed-and breakfast, managing her newly rebellious daughter, or reigning in her own libidinous fantasies concerning a certain Nordic hunk. Ever since her husband left her five years ago to reinvent himself as a California musician with a musician girlfriend who is barely of legal age, Abigail has been holding things together with an iron grip, trusting that observing all the rules will somehow keep her life from falling to pieces.

Reason tells Leif that he should avoid Abigail, but instinct tells him that she needs the touch of fun and naughtiness he can bring into her life. Abigail’s obsession with parameters tells her that Leif never met a boundary he couldn’t cross, but he makes her remember that she’s a woman as well as a mother, a daughter, and a PTA president. When the attraction proves irresistible, the two begin what is supposed to be a friendship with temperature-raising benefits. Neither of them is prepared for the illusions they maintain and the hearts they protect to be shattered in the process.

I love a good opposites-attract story, and this one is a winner. Leif is a free spirit, and Abigail is an organizer who has a label and file for everything. Leif is a rolling stone with no place he calls home, and Abigail has roots generations deep in the soil of Magnolia Bend. Leif is a commitment-phobe with three broken engagements behind him, and Abigail married her hometown beau expecting their marriage to last forever. Leif couldn’t care less what other people think of him, and Abigail is ever conscious of how others perceive her. Two people could hardly be more different, and yet Leif frees Abigail to be the joyful, unfettered woman she was meant to be, and Abigail gives Leif a sense of belonging for which he has searched. If they can survive the storm created by their own lack of trust and another generated by Abigail’s selfish twit of a daughter, they may find happiness beyond anything they expected.

Sweet Talking Man is the second book in Liz Talley’s Home to Magnolia Bend series, following The Sweetest September, John Beauchamp and Shelby Mackey’s story. Talley’s gift for taking standard romance tropes and pushing against restrictions while remaining within the conventions of the romance genre is what first brought her to my attention, and she does it again with enviable skill in this novel. Abigail is like a lot of divorcees who never expected to find themselves forty, parenting alone, and still reeling from the reverse transformation that turned a prince into a frog who hopped to someone else’s lily pad—except  Abigail is not a type. She is an individual with her own history, her own flaws, and her own pain, and she easily wins the reader’s sympathy and affection.

Leif is anything but a typical hero. His blondness makes him rare enough, but an artist hero with hippie roots that survive in his clothing, his diet, and his habits is unique. And he has a sense of humor and comprehends the intimacy of laughter. I adored him and totally understood Abigail’s response to him.

“But even though Leif looked mighty fine in his worn blue jeans and waffle T-shirt that left little to the imagination, Abigail had to remind herself that he was the David Lee Roth of Magnolia Bend. ‘Just a Gigolo.’ ‘The Ice Cream Man.’ A ‘love ‘em’ and ‘leave ‘em’ sort, with his laid-back charm and sexy blue eyes. She had no business wanting to take a lick from Leif’s ice-cream cone.


She needed to remember who she was--a mother, a business owner, a crappy art student. A woman who should leave ice cream well enough alone.”


I also really like Abigail’s family. I cannot tell you how happy it makes me that her parents do not conform to the stereotype of minister and wife, and I loved catching glimpses of John and Shelby. I am looking forward to brother Jake’s friends-to-lovers tale which is next in the series. In fact, the only thing that kept this from being a five-star read for me was Birdie, a twelve-year-old brat with no redeeming features that I could see.  I should add that I have close, personal experience with the brattiness of young adolescents, but I have always found them endurable because their obnoxiousness is offset by flashes of sweetness that remind me a loveable kid still lives inside the body of the bewildering stranger. I never saw those flashes in Birdie.


Regardless of that reaction, I recommend Sweet Talking Man. I’m a big Superromance fan, and Talley is one of my favorites. If you have yet to try her, this book is a good place to begin. It can easily be read as a standalone, and it showcases the many strengths of Liz Talley.