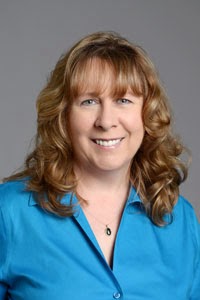 I am so pleased to welcome Patience Griffin back to the Romance Dish today. As many of you know, I fell head over heels for Patience's 2014 debut novel, To Scotland With Love, the book that ended up on both Janga's and my "Best of 2014" lists. The second book in her Kilts and Quilts series, Meet Me in Scotland was released in January so I invited Patience back for a Q&A to catch us up with what's going on in her life and her writing.

If you haven't discovered Patience Griffin's books yet, be sure to visit her website for all the pertinent information and catch up with her online at the links below.

PJ: Welcome back, Patience!  It’s been eight months since the last time you were here, shortly after the publication of your debut book, To Scotland with Love.  As you know, TSWL was one of my favorite books of 2014 and showed up on many “Best of 2014” lists, including Janga’s list here at TRD. How has your life changed since that sunny day in June?

I’ve become busier. I spend a lot of time connecting with readers now on Facebook…which I love! Yes, I’m a Facebook addict. I’ve also been busy meeting deadlines and learning the business of publishing. When To Scotland with Love came out, I had no clue what was going to happen, the timing of it all. And I wasn’t sure how the book was going to be received. Being read for the first time was both thrilling and a bit scary. When Meet Me in Scotland came out, I had a better idea of what to expect and I think I enjoyed it more, or maybe I was just less stressed. It’s been an incredible journey.

PJ: Almost all of the Scotland set romances I read are historical yet you chose to set a contemporary series in a small seaside Scottish village. What is it about this country and her people that inspire you as a writer?

I fell in love with Scotland through historical fiction, so I would have to say that what drew me in initially was the history of the country. But as I read more, I became inspired by all the pieces that make up the magic of Scotland. From the ruggedness of the Highlands to the culture of the cities. The croon of the bagpipes. The deliciousness of the scones. The clans. And of course, all that beautiful tartan. What’s not to love!

PJ: Meet Me in Scotland, the much anticipated second book in your Kilts and Quilts series was released last month. Please tell our readers what they can expect from this book. 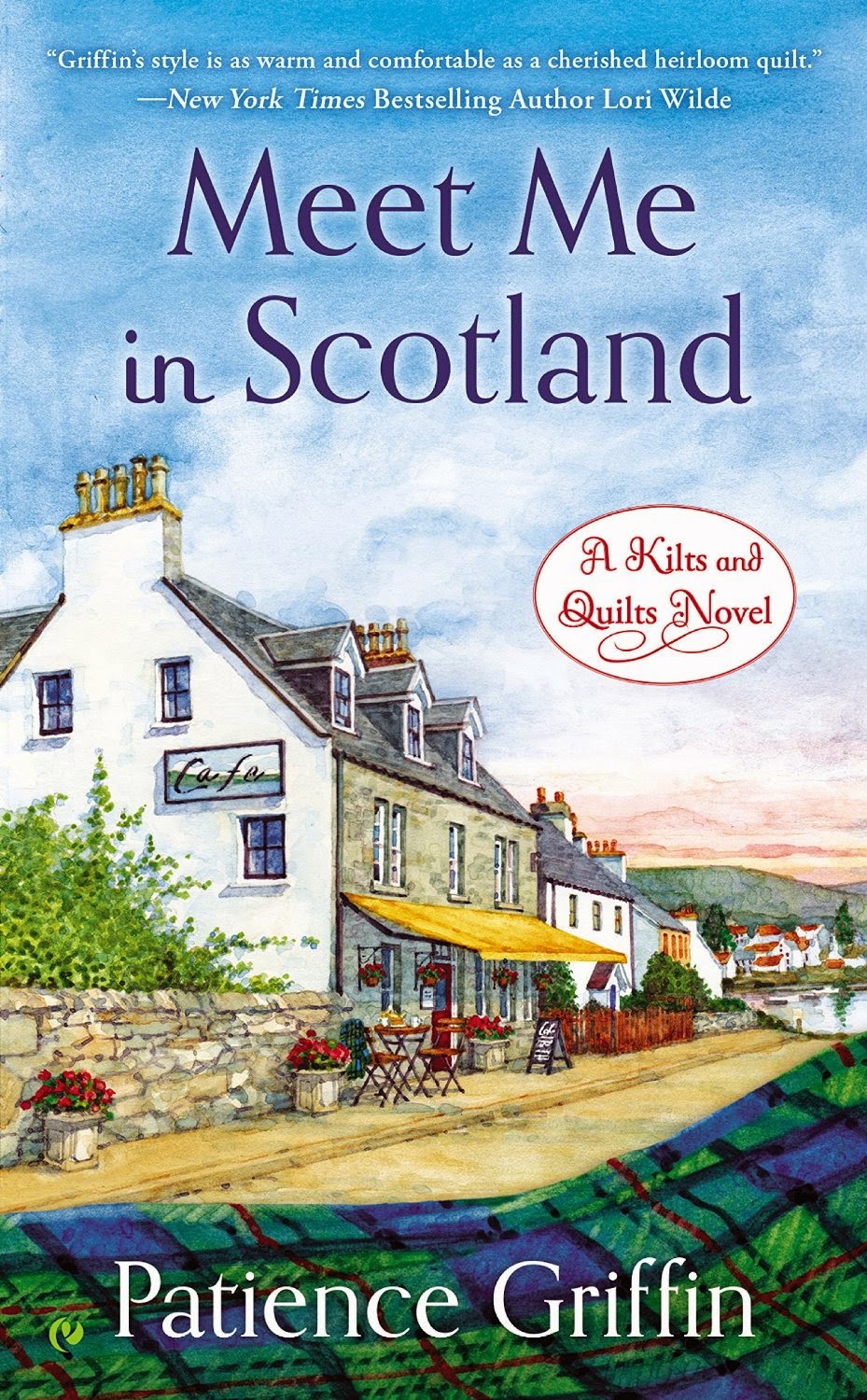 Meet Me in Scotland has brought four new people to Gandiegow and we get to see how each of them interact with a town that doesn’t welcome outsiders easily. We also see how these four people interact with each other, because they are all connected through their pasts. When I first came up with this book, I thought it was a book about taking sides. But as I began to write, I realized it was much more. It’s about the power of friendship and the rollercoaster ride that long friendships endure. But mostly, it’s a book about love and coming to a place in our life where we can find a way to love ourselves for who we are and make the choice to love others.

Absolutely! I love the people of Gandiegow—the good, the bad, and the ornery (yes, I’m speaking of Deydie).  I think the past characters will demand to be seen in future books and I’m happy to spend as much time with them as possible. I have at least six books planned for the Kilts and Quilts series.
I’m also mulling over a future tie-in series, hoping my characters of Gandiegow will pop in and out of that series, too. I guess I’ve more than mulled it over. I’ve written a novella that bridges the two series called The Laird and I. It released January 22nd in an anthology with Grace Burrowes called Must Love Highlanders. The heroine in The Laird and I , Sophie, is a Gandiegowan who finds a surprising future for herself with the help of some of the characters from the Kilts and Quilts series.

Janga: How did you get from nuclear engineering to romance fiction? 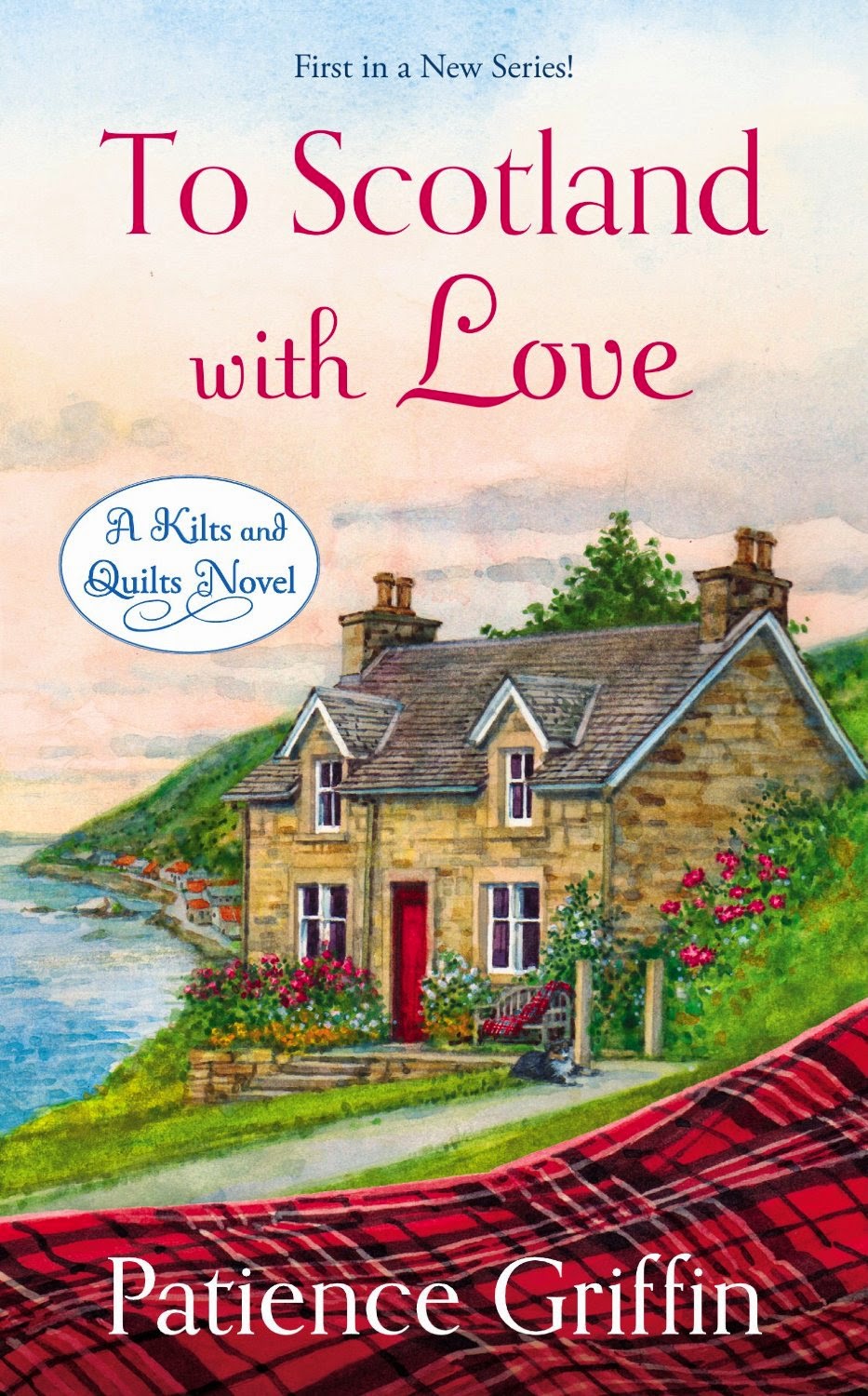 Boy, that’s not an easy answer, but I’ll give it a shot. While commuting 3 ½ hours a day for my engineering job, I fell in love with audiobooks, specifically books with happily-ever-afters. Those books made my drive incredibly enjoyable. When I wasn’t driving, working, or taxiing the kids around, I was reading. One day I told my husband that thought I could write a book. His answer was, “Of course, you can.” That started my journey of seriously studying the craft. I had always been a writer--I wrote a lot of letters—and I knew one day I would write a book. However, I never dreamed I would write fiction. Fast forward ten years from that time, throw in a big move from Iowa to Texas, and a lot of pages written in between, and here I am today.

Janga: Are you a plotter or a pantser? I confess I have wondered about that ever since I read To Scotland with Love because of all those wonderful thematic layers involving trust.
The first book I ever wrote, I pansted it; I had no idea what was going to happen next, plus I wrote the book out of order. That method, though freeing, is very painful for me to complete. I am now a plotter. I get an idea and try to build a story from there, making sure to put in plenty of heart.

PJ: Are you still able to find time to quilt? Are you working on any projects now?

Since receiving my first writing contract, I’ve had little time to do more than write. This past November though, I did get to sew at a quilt guild gathering in Kansas, which was a blast. I started a nautical flag quilt to use as a display for booksignings for book #3 in the Kilts and Quilts series, Some Like it Scottish. Ramsay, the hero, is a fisherman. Now to get the quilt done...

I am happy to say, I recently sewed the binding on the giveaway quilt for Meet Me in Scotland…the winner was drawn on Saturday. (Yes, for every book in the Kilts and Quilts series, I’m giving away a quilt to one reader.)

One of my biggest hopes is to make more time to sew. I have a huge list of projects waiting for me in my Harry Potter closet (the cupboard under the stairs where I store my fabric).

This year is super busy though. I’ll be signing books at the Dallas Quilt Show in March, then in Paducah, Kentucky in April for AQS QuiltFest (a premier of quilt show in the country). In May, I’ll be at the RT Convention in Dallas. Of course, I’ll be writing like crazy on books four, five, and six in the Kilts and Quilts series and loving every second of it.

I’m really looking forward to the fall. I’m going on a quilt tour of Scotland for more research. It’s going to be a wonderful year! 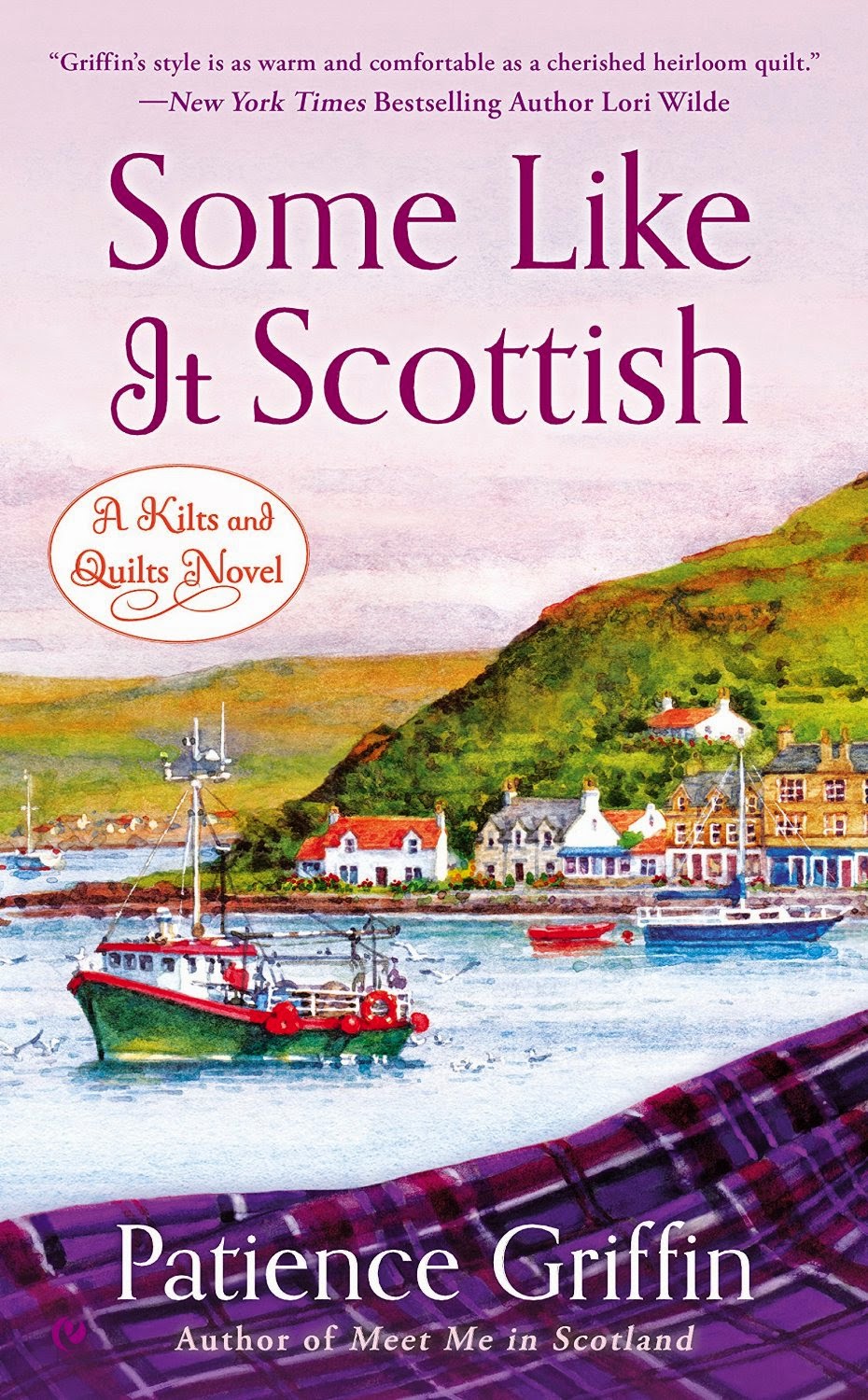 When can we expect another book in the Kilts and Quilts series? (PJ and Janga are both waiting with bated breath for the answer to this one!)

I have two more books out this year—Some Like it Scottish July 7th, and the Accidental Scot December 15th. Books #5 and #6 will be out 2016.

Thank you so much for visiting with us, Patience. Would you like to ask our readers a question?

Thank you so much for having me here today. Yes, I have a few questions for readers, but you don’t have to answer them all.

Meet Me in Scotland is a book about friends. I have a list of women in my life that are sisters of my heart. Do you have a circle of friends or do you have one person that you call your ‘bestie’?

If you needed to hide out from the chaos of life, who would you call, and where would you go?

What’s your favorite kind of scone?

Also, I’m looking for ways to squeeze more hours out of the day. What’s your number one tip for being more productive?

One randomly chosen person who leaves a comment on today's post will receive a book from Patience. Winner's choice of To Scotland with Love or Meet Me in Scotland in either print or digital format. Open internationally.

You can run from your problems, but you can’t hide from love in the Scottish seaside town of Gandiegow....
When a video of her calling happily ever after “a foolish fantasy” goes viral, marriage therapist Emma Castle is out of a job—and off to Scotland. The tiny town of Gandiegow is the perfect place to ride out the media storm and to catch up with her childhood friend Claire. But also in Gandiegow is the one man she hoped never to see again.
She’s successfully avoided Gabriel MacGregor since Claire and Dominic’s wedding, only to find he’s now the village doctor—and just as tall, dark, and devilish as ever. Claire and Dominic’s blissful marriage, however, is not what it used to be. Soon Emma and Gabriel find themselves taking sides even as the sparks begin to fly between them. Can Emma help her friends—or regain her career—as she struggles with her own happily ever after?

MEET ME IN SCOTLAND, available now
TO SCOTLAND WITH LOVE, starred review Publishers Weekly
SOME LIKE IT SCOTTISH, available for pre-order