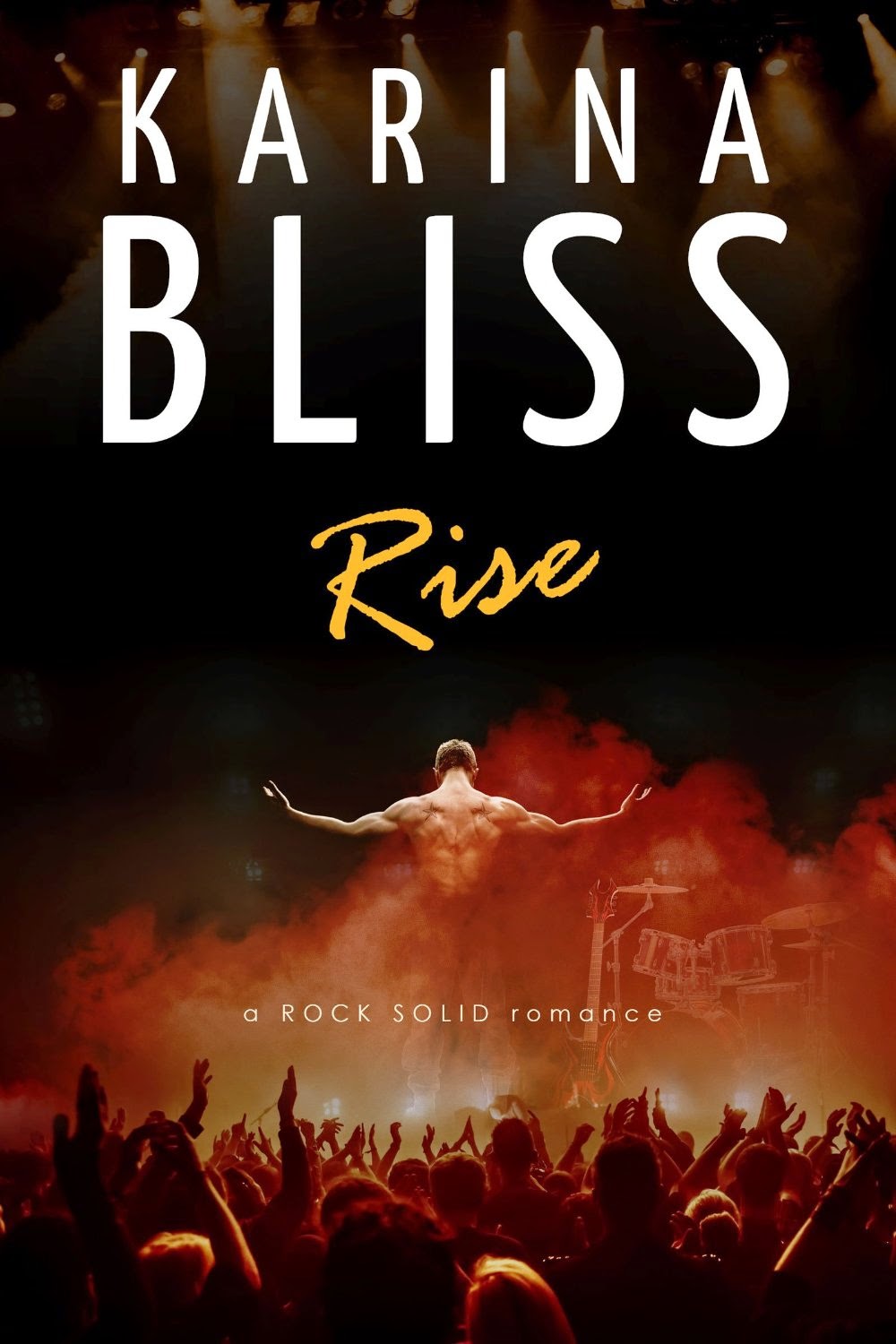 Zander Freedman refuses to let Rage, the legendary rock band for which he has been lead singer, die. He has invested everything he has in a comeback tour with new bandmates. A successful reality show focusing on the rebuilding of the band and a #1 single helped pave the way for ticket sales that rival those of the original Rage concerts. The Resurrection Tour Zander may not be a kinder, gentler rock star, but at least, without his brother Devin to act as buffer, he is trying to be less of an asshole. And this is certainly a cleaner Zander since he has given up alcohol, smoking, and recreational drugs for his voice. His voice—that’s the question. Thirty-five cities into the tour with another thirty-five to go, and doctors are warning him that the prescribed steroids aren’t doing the job. Zander can’t afford financially or emotionally to follow medical advice to rest his voice and to consider surgery to remove throat polyps. Failure would mean losing everything he had earned over the years and then some, and it would mean losing the adulation that sustains him:

“Nothing compared to making love with his voice to a stadium of people. And having that love returned, many thousands of times over.”

Publishing his memoir is one more step in Zander’s plan to see that he and Rage garner the maximum attention from media and fans, but he has already fired two music journalists hired by his publisher to help with the task. Then he decides he wants a Pulitzer Prize-winning biographer, a professor at Auckland University, to take on the job. But Elizabeth Winston is a tougher sale than Zander anticipates.

Elizabeth grew up the daughter of a minister, an obedient child who never caused her parents concern. Her world is bounded by her family and friends and her academic career. Her field  is “historic wars of independence,” and she has established a growing reputation as the biographer of “morally complex, intelligent” historical figures. Her most recent biography, an analysis of the faith and military career of General Stonewall Jackson, military tactician and hero of the Confederacy during the American Civil War, may have earned her a few thousand dollars from the Pulitzer committee and a few more readers, but her life is far removed from that of a rock star. All she knows about Zander Freedman is the bits of gossip she’s read in various waiting rooms. She agrees to an interview out of curiosity, but her fascination with the sexy, charismatic rocker and her siblings’ assumption that sensible Elizabeth will refuse the offer have her signing a contract—after stipulating a no-fire clause.

Although she may not be immune to Zander’s appeal, Elizabeth starts out determined to maintain a distance. Their first interview is enough to make clear that their differences are deeper than their contrasting lifestyles.

“What do you call on when life gets tough?”

“I am serious.” Zander passed the cigarette inches under his nose to breathe in the acrid scent of tobacco, then regretfully dropped it in the trash. “What would your answer be?”

“Prayer. Conscience. Faith,” she said without a trace of embarrassment.

But the more she becomes aware of Zander’s vulnerabilities and the surprising kindness that he does his best to hide, the more irresistible she finds him.

Things don’t go exactly as Zander plans either. He is counting on Elizabeth’s academic reputation and her gift for making the complex comprehensible to produce a memoir that is more than just another celebrity bio, but he expects to keep their interviews largely superficial and to protect his demons and his secrets. His plan doesn’t work; Elizabeth just keeps pushing past his defenses. These two unlikely people discover not only that the chemistry between them burns too hotly to be ignored but that against all logic they genuinely like one another. But Zander is sitting on a powder keg that is about to explode, and Elizabeth is too afraid of risks to believe in forever.

I loved this book, and I didn’t really expect to do so because I had a hard time believing that Zander Freedman could be redeemed. Bliss’s What the Librarian Did (2010) is one of my all-time favorite contemporary romances, and I adore Devin Freedman, its hero, from his green eyes and dragon tattoo to his purple boots. I know many readers were intrigued by Zander in that book and pleaded for his book, but I, although aware of his appeal, couldn’t forget these words that introduced him: “His older brother, still living stateside, couldn’t be relied on. A keen sense of the ridiculous had kept Devin’s ego in check over the last crazy seventeen years, but the planet wasn’t big enough for Zander’s, who still blamed Devin for the breakup of the band.” And then Zander was skimming off Devin’s songwriting royalties, songs for which Zander had taken credit, and planning to make more money by commercializing them. Zander’s appeal for me was overbalanced by the repulsion I felt at his betrayal and trite rock-star actions, and even his brief, more sympathetic appearance in another book didn’t persuade me that he was truly redeemable.

So I began this book skeptical about the redemption of the hero, but I concluded it eager to read the book a second time to figure out how Bliss made a believer out of me. Her work is all the more remarkable because she takes a full cast of characters—the rock star terrified of becoming a former rock star, a good-girl heroine, a bimbo ex, a dedicated, amoral PA, 20-something bandmates blinded by their first turn in the spotlight, etc.—all of whom could have been mere clichés—and she turns primary and secondary characters alike into interesting, credible characters who engage the reader’s interest and affection.

She neither whitewashes Zander’s past nor presents him as miraculous transformation. Instead, Bliss, with great skill, does what her fictional heroine does with the subjects of her biographies: she shows us Zander with all his complicated layers and makes the reader understand him—the guilt and fear he struggles to suppress and his relentless hunger for the love that pours upon him from the other side of the spotlight. She shows his mistakes, his selfishness, his outsize ego, and she shows his regrets, his vulnerability, and the feelings he hardly dares acknowledge. In the process, Zander becomes fully human, a flawed, confused mix that evokes the reader’s understanding, sympathy, and belief that he can be redeemed.

And I haven’t even touched upon Elizabeth, who is equally wonderful in different ways. I love her intelligence, her insight, her faith, her humor, her ambivalence, and all the other parts of her multi-faceted personality. I feel as if I know this woman.  She’s the kind of heroine I can imagine as a friend, one with whom I’d love sharing a glass of wine and a long, cabbages-and-kings conversation.

I believe in the lust and the love that develops between Elizabeth and Zander because Bliss acknowledges that the attraction is illogical. She even has Zander say this directly when Elizabeth confesses that she can’t think of a single reason he would be attracted to her:

“Because this isn’t about logic, it’s about chemistry. I want you because of this.” Leaning closer, he brushed his fingers up her arm and she shivered. “Because you set up a hum in my blood like a tune I keep trying to catch. I want to know how you taste, how you feel against me naked, whether your skin smells of cinnamon and vanilla everywhere. I want to hear the sounds you make when you’re having good sex.”

She also shows their feelings deepen from both their perspectives.

Elizabeth: “Sometimes he stepped into her heart as if he belonged there and it was taking her longer and longer to show this trespasser the door.”

Zander: “She broke him down piece by tiny piece until Zander couldn’t catch and contain every feeling that didn’t fit with how he lived. Until every touch released new, deeper emotion. And every emotion connected him to her.”

Without including spoilers, I confess that I gave extra points for an ending that offers an HEA without betraying the integrity of the story for a perfect fairytale conclusion. If you like your romance fiction intelligent, intense, and unforgettable, add this one to your must-read list immediately. And you may also want to go back and read What the Librarian Did. Reading it is not necessary to understand Zander and Elizabeth’s story, but it will make Rise a richer reading experience. I give both books my highest recommendation.

What the Librarian Did (Kindle)


Have you read What the Librarian Did or RISE?

Who are your favorite redeemed bad-boy heroes?

Enter the Rafflecopter giveaway below for a chance to win an e-copy of RISE.