Review - - Closer Than You Think 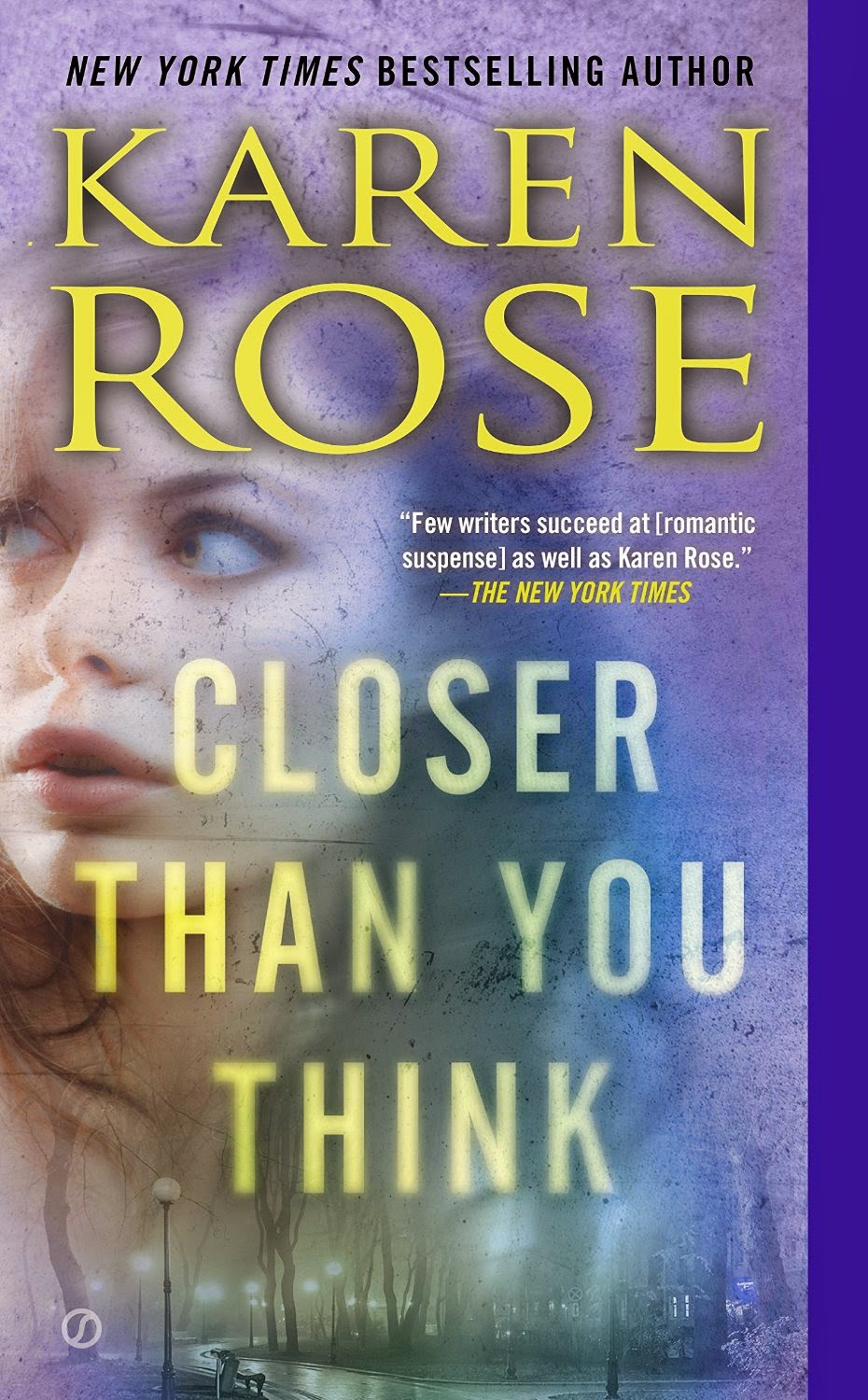 In the world of romantic suspense, the lay-person caught up in a situation that’s bigger than they can control is a common plotline. But the heroine of Karen Rose’s latest romantic suspense, CLOSER THAN YOU THINK, has lasted longer dealing with a dangerous situation on her own than most.

Back in Miami, psychologist Faith Corcoran has had a difficult time convincing the police that her former client has been trying to kill her. But when her partner is shot to death right before her eyes, she knows that it’s not just her, but also anyone she’s close to who is in danger from this madman. So, she sells her car, ditches her iPhone for a burner phone and drives to the one place she never thought she’d see again: the mansion her grandmother left her in Cincinnati. The mansion that holds terrible memories that Faith has spent her whole life trying to suppress.

FBI Special Agent Deacon Novak, meanwhile, is dealing with his own ghosts from the past. Only recently returned to Cincinnati from Baltimore, he’s trying to care for his high school aged brother and get along with the aunt and uncle who cared for Deacon and his siblings after their parents were killed in a car crash. And as a member of a special task force with the Cincinnati police, he’s searching for two missing college girls who seem to have vanished without a trace. But a 911 call from Faith changes everything, including his heart.

What follows is, true to Karen Rose form, an adrenaline fueled labyrinth of a case that puts both Faith and Deacon in danger from a killer who will stop at nothing to keep his terrible secret. Layer by layer Rose reveals the series of events that led up to both Faith and Deacon’s returns to Cincinnati, and the journey of one of the kidnapped girls as she literally runs for her life from the person who tried to kill her.

The story takes place over a relatively short period of time, as does the building relationship between Deacon and Faith, but because of the intensity of the situation it is entirely believable. I especially liked the way that these two took care of each other and the love scenes that took place in stolen moments of down time were both tender and combustible. I also enjoyed seeing Deacon interact with his sister and brother and hope to see his sister as a future Karen Rose heroine.

As with Karen Rose’s most recent series, this is a bigger book than readers who started out with her in romantic suspense will be accustomed to. And as such it follows the points of view of more than just Deacon and Faith. But none of the narrative seemed forced and it kept me turning the pages well into the wee hours of the night.

CLOSER THAN YOU THINK is the first book in a new series based in Cincinnati, and if it’s anything to go by, I’ve got some action-packed, sexy reads in my immediate future. Which makes this romantic suspense fan very, very happy.

Manda Collins writes smart, sexy historical romance laced with a touch of mystery. Manda still lives in her native coastal Alabama where she works as an academic librarian at a small liberal arts college.  Her next book, A Good Rake is Hard to Find, kicks off her new The Lords of Anarchy series and will be released by St. Martin's Press on March 31, 2015.   You can find more information about Manda and her books at her website and connect with her online at Facebook and Twitter.