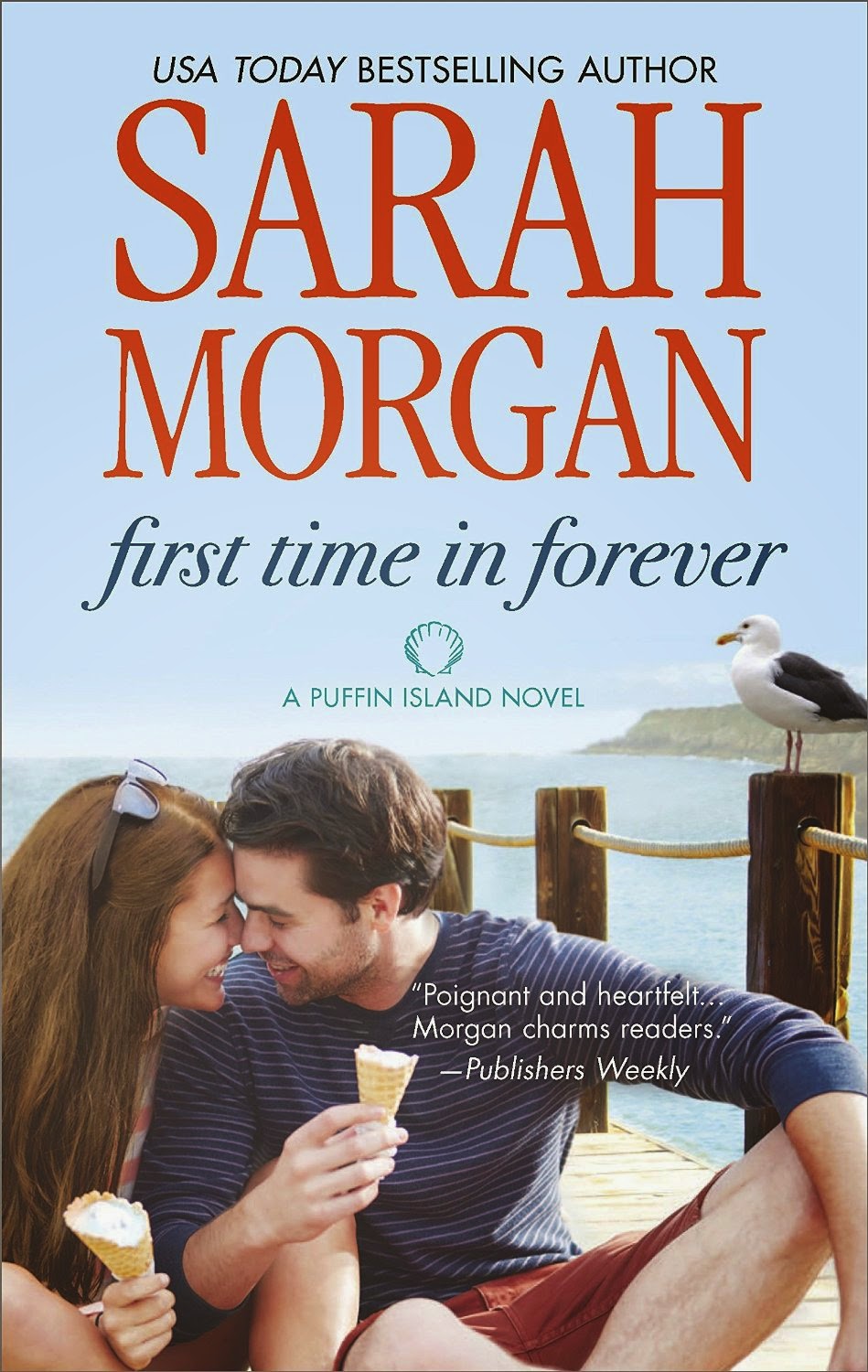 Emily Donovan never expected to become guardian of her young niece, and she is terrified of the responsibility. However, she understands that the first order of business is to protect the child from the paparazzi who have haunted her since the accidental death of her high profile actress mother. One of Emily’s closest friends, Brittany Forrest, offers them the use of Castaway Cottage, a small house on Puffin Island in Maine’s Penobscot Bay that Brittany inherited from her grandmother. The good news is that the cottage on the tourist-crowded island is a place Emily remembers fondly from the college summers she spent there with Brittany and their friend Skylar Tempest. And it provides an ideal sanctuary where Emily and six-year-old Lizzy, the celebrity offspring formerly known as Juliet, can grow to know one another and where Emily can decide exactly what the changes in her life (including a job loss and the end of a three-year relationship) mean in the long run. The bad news is that an island is a troublesome choice for Emily who has suffered from a near-paralyzing fear of the ocean since a childhood tragedy changed her life forever.

Ryan Cooper, Puffin Island native and yacht club owner, promises his old friend Brittany that he will keep an eye on Emily, and once he sees her, he finds that no hardship. He is all set to make her the latest in a line of women with whom he has brief and mutually enjoyable relationships, but when he sees Lizzy, he knows Emily is off limits. Ryan was only thirteen when his parents were killed in a winter weather-related accident, and he spent the next five years bearing joint responsibility with his grandmother for his three younger siblings, twins Sam and Helen, four years younger than Ryan, and Rachel, nine years younger. Ryan loves his family, but from the time he escaped Puffin Island to attend college, his only emotional commitment has been to remaining single and responsible only for himself. Four years ago, after an episode that nearly killed him, he left his position as a Pulitzer Prize-winning journalist to return home and become a Puffin Island entrepreneur, but his career change has not changed his mind about marriage and family.

Both Emily and Ryan recognize the power of the sexual chemistry that heats up with each meeting, but they are determined to ignore it, even if the size of Puffin Island and Ryan’s promise to an old friend make it impossible for them to avoid one another.

“He was the sort of man who made most women lose their heads and throw caution away with their underwear.
Emily had never lost her head or her underwear. Relationships were something to be thought through, measured and calculated, like every other important decision in life. She’s never found that difficult. But nor had she ever met anyone who made her feel the way Ryan Cooper did.”

“The fact that she’d put her life on hold for her orphaned niece was laudable, but at the same time put her strictly out of bounds.

Ryan wasn’t looking for that level of complexity or intimacy in his relationships.”

But, of course, the best laid plans of Emily and Ryan go astray. Not only is the physical attraction irresistible, but Ryan feels compelled to help Emily free herself from the fears that cripple her emotionally. Emily finds herself falling for Ryan and the community to which he belongs. And they both love Lizzy and want to ensure that she has a stable, happy life. But is love enough to change the entrenched patterns of these two wounded people and allow them to claim the HEA they deserve?

First Time in Forever is the first book in Sarah Morgan’s new Puffin Island series. Based on this introduction, readers can expect another emotionally rich series with complex, believable characters who are flawed, vulnerable, and conflicted enough to be both interesting and likeable. The histories of Emily and Ryan are explanations rather than excuses for the way they have built their lives. Lizzy’s sweetness and vulnerability are mixed with enough of a typical six-year-old’s stubbornness and attachment to favorite things to make her a real child rather than merely a catalyst for some of the plot points. I was totally engaged with all three characters.

Puffin Island is a wonderful setting, historically and geographically interesting with all the warmth and quirkiness that fans of small-town romance look for in novels. Morgan introduces a sizeable cast of secondary characters to create the sense of an actual community without taking the focus away from the central couple. That’s no small feat. Emily’s friends predictably will be the heroines of the next two books—Some Kind of Wonderful (the story of Brittany Forrest and her ex, former bad-boy and adventurer Zachary Flynn, an August 25 release) and Christmas Ever After (the story of Skylar Tempest and Alec Hunter, a cynical, half-British maritime historian, an October 27 release). But I’m also hoping to see at least secondary plots featuring Rachel, Ryan’s youngest sister, and Lisa Butler, the single mother who owns the ice cream parlor. That is a large part of Morgan’s magic: she pulls the reader into the world she creates and makes her care about all the characters.


If you like the kind of sweet, sexy, small-town stories that make Robyn Carr and Kristan Higgins beloved authors, you should give Sarah Morgan a try. Her first single-title trilogy, last year’s O’Neil brothers, made her an auto-buy author for me. I definitely recommend First Time in Forever.

Posted by pjpuppymom at 8:09 AM