Review - - Meant for You 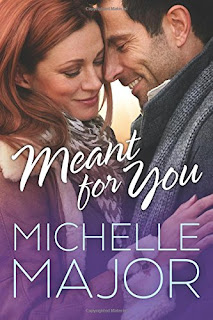 Jenny Castelli has come a long way since high school. Her dream of opening her own gardening center has come true, and she is proud to be senior consultant to the design team at Rocky Mountain Landscapes, the company owned by her long-time best friend, Ty Bishop. But not all Jenny’s rough edges have been polished away, and the rough edges dominate during a chance encounter with two of the former mean girls who reigned in the exclusive private school that Jenny attended through the benevolence of Eric Bishop, Ty’s father and her mother’s employer. When the two women, whose behavior shows little change since the high school days that are more than a decade behind them, taunt Jenny about her high school boyfriend and call Jenny’s twelve-year-old son fathered by said boyfriend a “mistake,” Jenny’s temper and ungoverned mouth take over. She hints that her fiancé is more than a match for her ex in wealth and status and declares that he is eager to be a father to her son. Her former classmates leap to the conclusion that the “fiancé” is Owen Dalton, and they are soon spreading the word on social media that Jenny and Owen will attend the class reunion.

Jenny’s description fits Owen Dalton in every detail. He is wealthy and powerful; his microprocessors and mesh networks revolutionized the tech industry. He is also kind and genuine. Once he was crazy about Jenny, but she broke up with him in a particularly brutal fashion two years ago. Jenny must choose between two humiliating choices: she can let her old enemies discover that she was lying, or she can ask the man whose heart she broke to play the role of fiancé for the night of the reunion. No one is more surprised than Jenny when he says yes—with conditions.

Owen intends to say no. He has no intention of playing the fool for Jenny again, but his good memories of Jenny and her son, Cooper, have him agreeing to be her fiancé for one night. However, he demands that she in return play his fiancé for a week when he returns home for his brother’s wedding. All it takes to prove the sparks between these two are still capable of igniting is for them to spend time together. But old wounds that have them believing they are not enough and don’t deserve the happiness they desire make them wary of trusting themselves and each other. Can they learn to follow their hearts?

I read this book after I had read too many novels that were more about overpowering lust and the lead characters engaging in sex in multiple forms and positions than they were about two people falling in love and experiencing emotional intimacy as potent and rewarding as physical intimacy. Meant for You was a breath of fresh air and a reminder of why I love contemporary romance. Jenny and Owen are endearing characters—wounded, flawed, and essentially likable. With their daddy issues and their sense of not measuring up, they are far more alike than either realizes. Theirs is a second-chance-at-love story that follows a history which makes such a chance seem impossible. Add a male makeover thread and an adorable kid who made me laugh to that second chance and the book proved irresistible.

Meant for You is the fourth novel in Michelle Major’s Denver-set series, following Kissing Mr. Right, Recipe for Kisses, and Tell Me Again, but it can easily be read as a standalone. Readers familiar with characters from the other books will doubtless be pleased to see them playing supporting roles in this book, but my ignorance of their stories did not affect my enjoyment of this one. I did, however, like this one so much that I later downloaded the other three.

If you like contemporary romance with characters who captivate, stories that sustain your interest, and an emotional punch strong enough to remind you that a good romance is as much about the hungers of the heart as it is about sexual desires, I recommend that you add this book to your TBR list. I know I will be keeping an eye out for other books from this author.