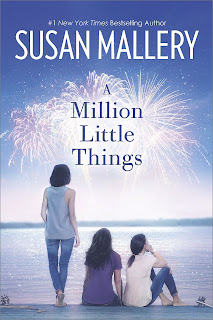 Zoe Saldivar doesn’t realize how isolated she has become until she is accidentally trapped in her attic. The accident forces her to realize that the combination of working from home, ending a long-term relationship, and her best friend’s immersing herself in motherhood means that Zoe’s contact with other people has diminished to almost none. Resolved to become more social, she reaches out to her best friend Jen Beldon, but Jen lacks the will and the energy to be a comforting best friend.

Jen doesn’t mean to ignore Zoe, but she is consumed with worry about her family. Her husband Kirk has left his job as a Mischief Bay cop to become detective for the LAPD, and Jen is concerned not only that the new job is more dangerous but also that his new partner, Lucas, is an adrenalin junkie who may increase the risks Kirk faces. Even greater that her fears for Kirk, however, is her concern that something is wrong with her son Jack, an eighteen-month-old who is not yet talking. Being Jack’s mother and advocate doesn’t leave room in Jen’s life for friendship and her behavior is affecting her relationship with family members and her marriage as well.

When Zoe approaches Jen’s mother, Pam Eiland, about an intervention for Jen, their common concern for Jen is the beginning of a friendship between Zoe and the older woman. Zoe becomes even more involved with the family when she begins dating Stephen Eiland, Pam’s son and Jen’s brother. And then Pam, who was widowed two years ago (The Girls of Mischief Bay), begins dating Miguel Saldivar, Zoe’s charming father. Things get really complicated when Pam decides that a serious relationship between Zoe and Stephen is a bad idea for her son. Her interference pushes people to take sides, and a happy resolution seems impossible.

Susan Mallery returns to Mischief Bay for the third novel in this women’s fiction series that explores female friendship and the various roles that make up a woman’s identity. Mallery departs from the more typical focus on the ways that women friends support one another to look at changes that test their friendships. Although Zoe’s relationship with her father gets some attention, it is motherhood that is central as the three women, each at a different stage in that role, considers what it means to be a good mother.

Mallery’s romance readers can be assured that she does not neglect the romantic element. The credibly developing relationship between Zoe and Stephen, the growing pains of Jen and Kirk’s marriage, and Pam’s struggle between loyalty to the past and the promise and risk of the future are also significant threads in this story. As much as I enjoy Susan Mallery’s romance fiction, I’m grateful that she keeps writing women’s fiction as well. I know I can count on her to deliver a tale of women’s lives that is authentic, interesting, and optimistic. If you like women’s fiction that is all these things as well as satisfyingly romantic, I recommend A Million Little Things. Although it is part of a series, the novel works well as a standalone.