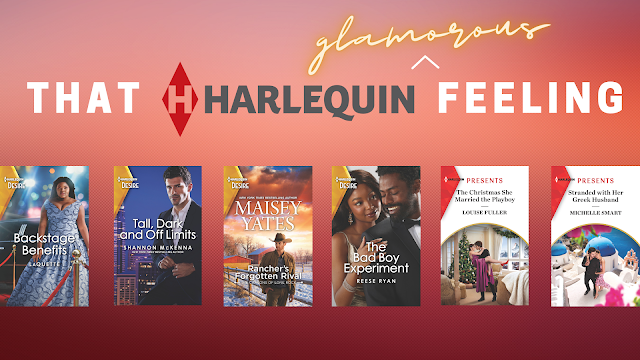 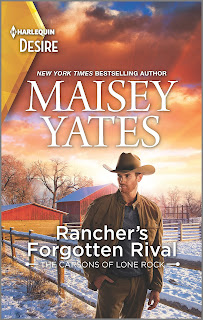 Chance Carson is the one man in Lone Rock who gets Juniper Sohappy all riled up. His family is ranching royalty. He’s arrogant, insufferable and obnoxiously charming—she’ll keep her distance, thanks. But when Juniper finds him on her property, injured and without his memory, she saves his life…and sort of lets him believe he’s her ranch hand. Making the entitled rancher work a little is one thing…but actually liking the man is another. Falling for him? No way. And yet the passion between them is as undeniable as it is unexpected. Will it survive the truth?
PJ's Thoughts:
I can always count on Maisey Yates for complex, emotional, and steamy western romance. In this first book of her new series, she brings readers an enemies-to-lovers story complicated by both amnesia and a generations-long feud between families. She sure doesn't make it easy for Juniper and Chance!
I enjoy a story where the main couple has a history of animosity and mistrust. Throw in secret attraction and that makes it even better. I'm not always a huge fan of amnesia but in this book I felt it was a good way to allow Juniper and Chance to see different sides of each other and take tentative steps away from the feud that defines the suspicion between their families. Yates let it go on just long enough to get them over that initial hurdle before giving them the opportunity to start building something in a better direction. I will say that while I appreciated the plot device, I had a real issue with the way Juniper handled Chance's amnesia and the lies she told, especially in light of his medical condition and her job as an EMT. It took me a while to get beyond that.
I enjoyed peeling back the layers of both Chance and Juniper and discovering the events in their lives that had been a driving force in molding the people that are today. The author touches on life-altering issues such as loss, guilt, and prejudice, dealing with the topics with candor and care.
The steam is real in this one, folks but it never feels gratuitous. I enjoyed the progression of that part of their relationship as much as the emotional journey.
This was an enjoyable start to a new series and has me intrigued enough about secondary characters (Chance's brothers and Juniper's sister) to return for the next book in the series.
Posted by pjpuppymom at 4:00 AM